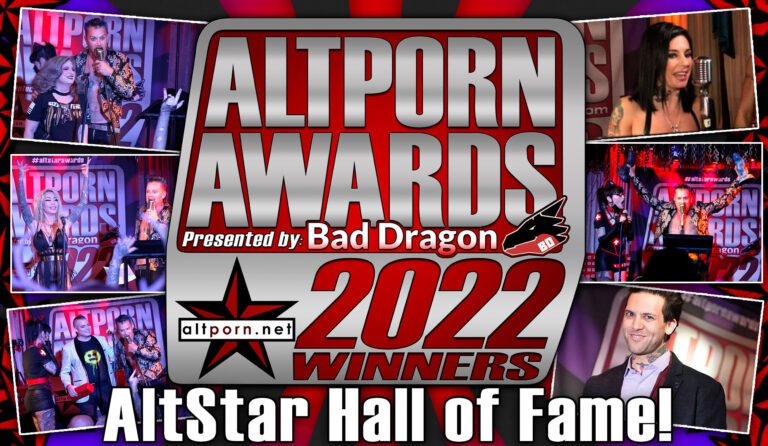 AltPorn.Net is pleased to announce the 2022 inductees to the AltStar Hall of Fame. This June, along with announcing the winners of the AltPorn Awards aka AltStar Awards presented by Bad Dragon, the awards ceremony included inducting a few key people into the AltStar Hall of Fame. These are people who have truly changed the shape of alt and made a difference for all creators in the space.

Bad Dragon was born out of a strong desire for a greater selection of fantasy toys to be made available to everyone. Bad Dragon’s main mission is to do their part in ‘making fantasies real’ for individuals who want to indulge in their fantasies a little deeper. Offering extensive customization of its products; every toy is available in a choice of colors and firmnesses as well as custom color options, some models allow for the toy to shoot out Cumlube, Bad Dragon’s own personal lubricant. By pushing the envelope with new materials and technology, Bad Dragon has gained a reputation for producing visually appealing, robust, high-quality toys with innovative features at industry standard prices.