To lucky Alison, "the internet's filthiest stepmom," Cherie DeVille, is the sweetest stepmom ever!

Share
Facebook Twitter LinkedIn Pinterest Email
(LOS ANGELES, Calif. / August 26, 2022) — Alison Rey is celebrating the release of a racy new taboo girl/girl scene co-starring hardbodied adult superstar, Cherie DeVille, available now to Rey’s OnlyFans subscribers.
When Alison throws a sleepover for herself and her friends but nobody else shows up, her loving stepmom, Cherie, picks up the pieces. “We’ll have our own party, and do what all girls do at sleepovers!”
“Cherie is one of my absolute favorite performers to work with,” Rey remarked.  “Her improv skills are unmatched and I always have a blast shooting content with her.
“I have to say, this scene actually brought back memories for me from my personal life, it’s not one that fans are going to want to miss.”
DeVille added, “I love getting naughty with my adorable on screen stepdaughter, Alison. If you like taboo role play you are about to be in love!” 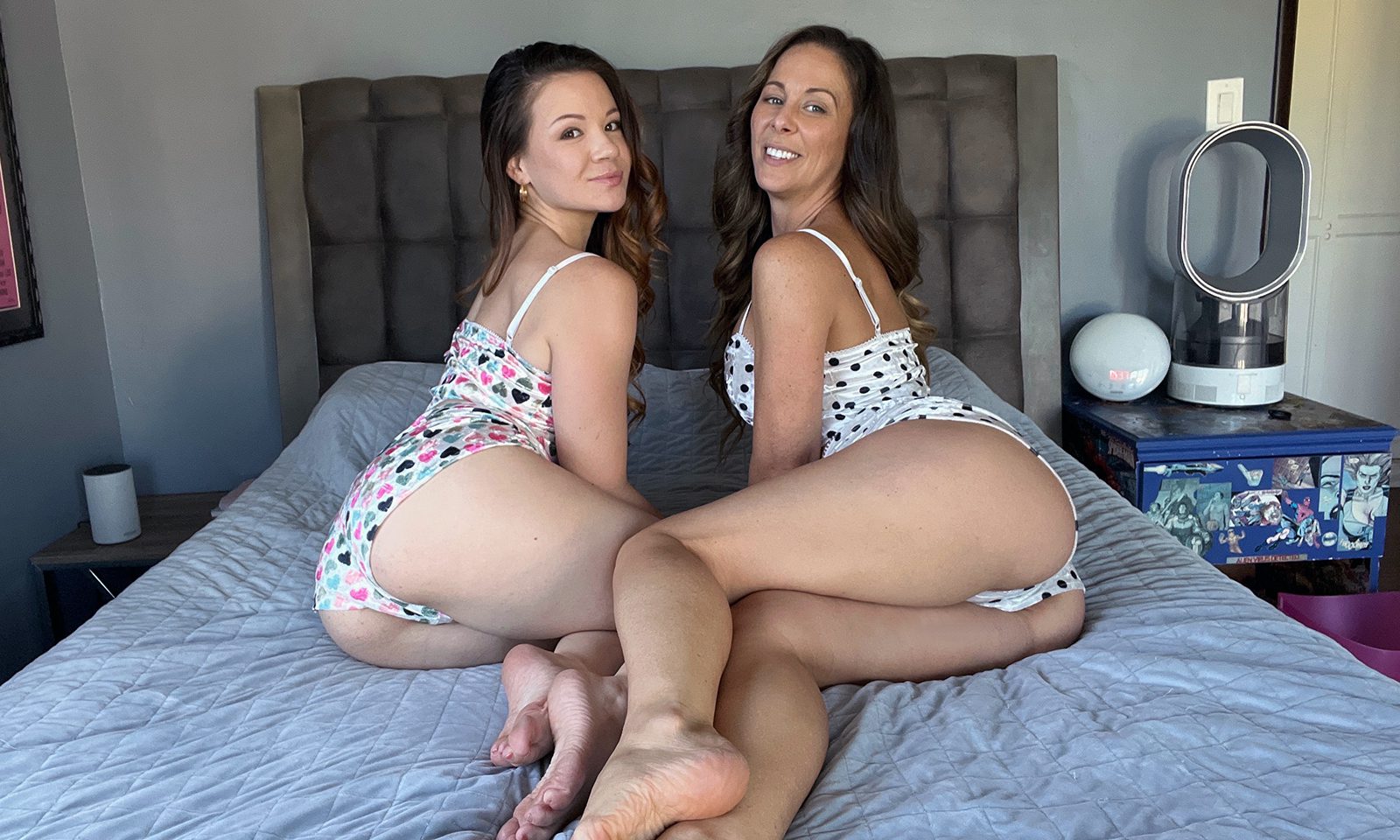 Fans can find the scorching new scene at Rey’s OnlyFans ( https://OnlyFans.com/alisonreyxo ) as well as DeVille’s OnlyFans.
Find award-winning MILF star, Cherie DeVille on Twitter: @CherieDeVille and Instagram: @cheriedevillexo.
Keep up Alison Rey’s exploits on Twitter: @AlisonReyxxx, her new Instagram: @areyosunshine, TikTok: @alisonreyx, and her personal website, AlisonReyFans.com.
Alison Rey is represented by ATMLA for professional film and videos shoots.
About Alison Rey
A multi-nominated adult performer and model, the alluring Alison Rey exploded into the World of X in 2014, with wholesome girl next door looks, and an emphatically unwholesome sexual prowess. Her powerhouse performances and acting chops have earned Rey an avid fan following via her scene work for studios such as Brazzers, Adam & Eve, Jules Jordan Video, Penthouse, HardX, New Sensations, Naughty America, Hustler Video, TeamSkeet, Mile High Video, Twistys, Missa X, Reality Kings, Mofos and many more.
Rey says her favorite thing about being a part of the adult industry is “feeling free to be myself. Most of my life, I felt like the black sheep because I was different from everyone else, I embraced my sexuality, and I was a little bit weird. I think the outside world is much quicker to judge than the people I currently surround myself with, and I love being able to go to work every day and know that I am accepted for exactly who I am.”
Rey was nominated for “Hottest Newcomer” at the 2016 AVN Awards; “Best Supporting Actress” and “Best Group Sex Scene” at the 2019 AVN Awards; and “Most Epic Ass” at the 2020 AVN Awards; and “Best Sex Scene – All-Girl” at the 2021 XBIZ Awards.
In October 2021, Rey acted as a presenter at the 37th annual XRCO Awards in Hollywood, and joined a roundtable of expert phone sex practitioners to discuss the secrets of their success in a feature for HUSTLER Magazine. In November, she discussed underrated and overhyped sex positions for Mashable.
The busy Rey, recently signed with The Lee Network, the leading provider of adult star feature entertainers to clubs across the U.S., and was a huge success when she hit the dance stage for the very first time at Gold Club Centerfolds in the Sacramento Metropolitan Area, in April 2022.
The sultry performer/director recently announced a return to her roots with a renewed focus on performing and creating content for her fans, after a year of flexing her behind-the-camera prowess.
Rey provides fans an unparalleled level of access via her premium OnlyFans.
She resides in greater Los Angeles.
Contact:
Michael Whiteacre
HoneyHouse PR
[email protected]
775-742-8425
Twitter: @HoneyHousePR
#   #   #
Alison Rey Cherie DeVille girl/girl OnlyFans
Share. Facebook Twitter Pinterest LinkedIn Tumblr Email
Previous ArticleRob Van Dam To Appear @ 420Expo – Promo Code Inside
Next Article Dr. Lori Beth Bisbey Interviewed for Lisa Ann Experience, Curious Girl Diaries Podcasts