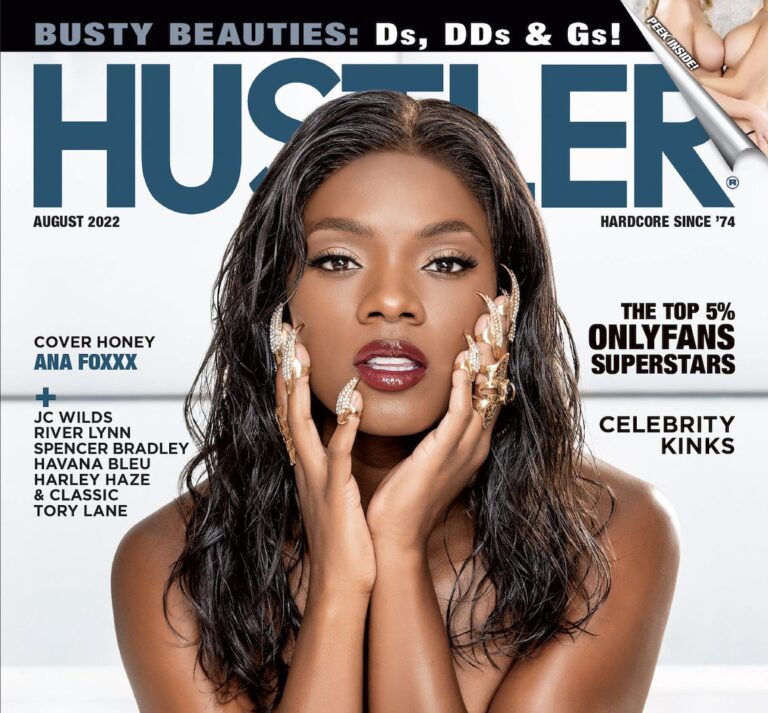 (Hollywood, CA) Stunning former high fashion runway model and powerhouse Playboy Plus All-Star model and Producer Ana Foxxx has appeared in Hustler three times, but the fourth time is definitely the charm. She’s scored the cover and is the August Hustler Honey.

2022 continues to be the Year of the Foxxx…Ana Foxxx! Ana has been crowned a Hustler Honey and scored her first Hustler cover. Photographed by Holly Randall, she’s stunning in a leopard ensemble of a bodysuit and stockings, with black heels and glamourous blinged-out nails. The 12-page centerfold spread features more stunning photos from the same set as the cover and a brief interview with the star. Ana’s vital stats and her hometown and fave position. Ana also talks about meeting an adult agent while in college at a club, building her resume with hundreds of credits and her own content, taking time off during lockdown, how people misspell her name, how adult has boosted her confidence, and more.

“I love working with Hustler and Holly Randall. All my photos have been gorgeous, and this is my favorite set. I’m honored to be a Honey and have my first cover and hope my fans around the world check it out digital or buy it at a newsstand,” says Ana Foxxx.

Another place you’ll find Ana featured in NightMoves Magazine. She’s the Entertainer Spotlight for August. The piece is on Page 67 and features sexy photos of Ana, a brief interview, and links to her social media. Check it out at nightmovesonline.com.

To interview Ana Foxxx for your site, publication, or show, contact Erika Icon of The Rub PR at [email protected]. 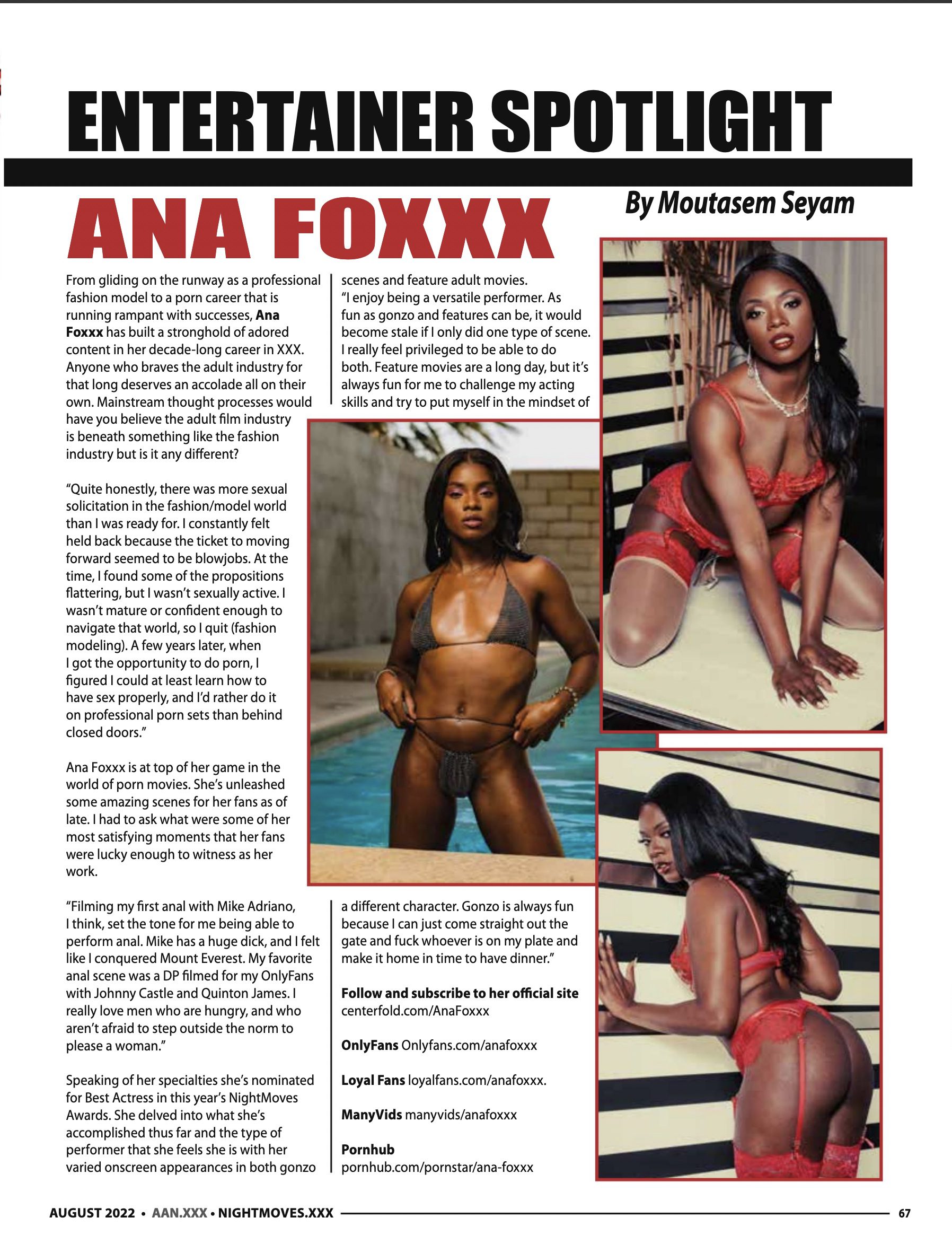 Ana has won Best Group Sex Scene from AVN, Best Sex Scene All Girl (twice), All Sex Scene and Virtual Reality Scene from XBIZ, Female Performer of the Year from Urban X Awards, and was inducted into their Hall of Fame in 2022, Under-rated Starlet from XCritic, and tons of Spank Bank Awards. And she’s been nominated for countless AVN, XBIZ, Urban X, XRCO, XCritic, Nightmoves, Fleshbot, and Sex Awards for Best New Starlet, Female Performer of the Year, Favorite Female Porn Star, Mainstream Star of the Year, Social Media Star, Best Leading Actress, Sexiest Adult Star, Best Star Showcase, and for her scene work. Ana has been featured in Hustler Magazine four times and was crowned a Hustler Honey in August of 2022.