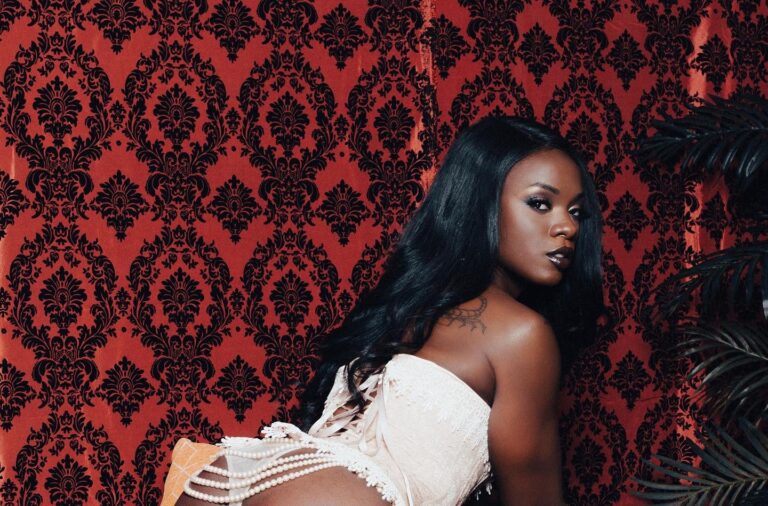 Share
Facebook Twitter LinkedIn Pinterest Email
(Hollywood, CA) Stunning former high fashion runway model and powerhouse Playboy Plus All-Star model and Producer Ana Foxxx continues to make 2022 the Year of the Foxxx with a major award win at the Urban X Awards and being inducted into their Hall of Fame.
Last weekend was an award-winning one for Ana Foxxx. On Thursday, she was sporting a stunning purple gown and stilettoes as she attended the Urban X Hall of Fame ceremony in Burbank at the Velvet Cactus, honoring the Class of 2022 inductees. Ana was one of the first to be announced, and she was on hand to make a moving speech about her career and those who helped her along the way to achieve greatness. At the night’s end, she received her beautiful etched glass X trophy to add to her growing collection.
Friday was the Urban X Lingerie Party at an intimate venue in Hollywood. All the Urban X Awards winners were announced, and when Porn Star of the Year was announced and Ana’s name was called, there was thunderous applause. She took the stage to accept dressed in a stunning two-piece ensemble with silver chains and heels. This is her second time winning the highly coveted award.
“I was honestly stunned that I won Porn Star of the Year again and so happy! It’s an incredible feeling to be recognized for the hard work I’ve put into my 10 years in adult with the Hall of Fame induction. I have the best fans, and I’m honored to now have three Urban X Awards trophies on my mantle,” says Ana Foxxx.
Get Ana on your set by contacting Mark Spiegler at [email protected] or 818.326.5403.
To interview Ana Foxxx for your site, publication, or show, contact Erika Icon of The Rub PR at [email protected].
ABOUT ANA FOXXX
With 10 years in adult, stunning former high fashion runway model Ana Foxxx has definitely made her mark as the most awarded Black woman in the industry’s history, producing/directing and as an All-Star Model for Playboy Plus, scoring the titles of Spiegler Girl, Vixen Angel, and Cherry of the Month, being the current President of APAC, and her best-selling Fleshlights. Known for her genuine performances, legendary blowjobs, and stellar acting skills, Ana still has so many things on her bucket list, like standup comedy, writing a book, and learning to fly a plane.