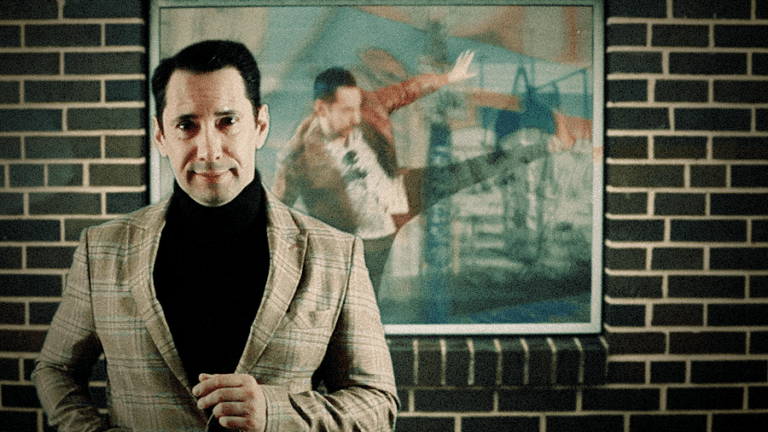 Share
Facebook Twitter LinkedIn Pinterest Email
(Los Angeles, CA / November 18, 2022) — Balldo™ by Nadgerz Inc., the world’s first sex toy that is worn over the testicles for a whole new world of penetrative sex, introduces a hilarious new video, “The Adventures of Balldo: World’s Most Reliable Private Dick”, starring award-winning adult film performer Tommy Pistol.
The two-minute short film, created by Pistol and his partner Nicole McClure, is the first production to come out of their fledgling company R U A Pilot? and was shot entirely on blue screen, with a three-person crew.
Pistol skillfully portrays every character in the film to comic effect, including the titular detective, who may or may not know how to fly a plane, but most certainly has two dicks.
“I have always loved Tommy’s work and his subtle injection of comedy into pretty much every scene he’s in,” Nadgerz CEO Jerry Davies says of Pistol. “It just felt like we had to get together and create something cool to promote it. The different characters he portrays throughout the film, including a stern female flight attendant… comedy gold!”

“Now everyone can have two dicks!” assures Pistol, as another of his characters, a filth- encrusted backwoods fella in a baseball cap, swings freely in a gleeful pixelated image, screaming “PRAISE balldo!”

The promotional film can also be found on balldo’s YouTube channel.

After three years of extensive development, testing, and the creation of 100 user-friendly prototypes, the Balldo™ is now ready to achieve liftoff for those with sexual issues such as erectile dysfunction or premature ejaculation.

The balldo™ is internationally patent-pending and the first in a long line of ball-centric products that parent company Nadgerz Inc. and company principals Jerry Davies and Ellie Plasencia have planned to bring to the market over the coming months. To learn more, visit balldo.com.