Big changes in the works at the Plaza in Las Vegas 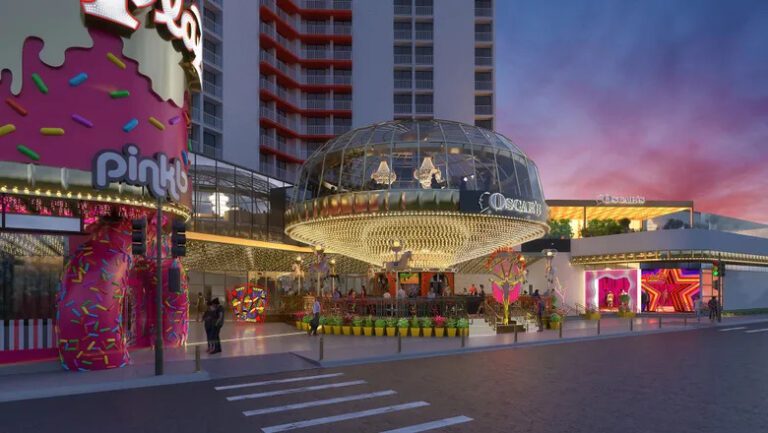 The focal point will be the animated Carousel Bar under the Plaza’s iconic dome. The 2,500-square-foot venue will include a cooling system and seating for about 100 guests overlooking the west entrance to the Fremont Street Experience.

It will have galloping carousel horses, spinning martini glasses, an oversize deck of playing cards and a rotating ribbon of lights above the bar.

Adjacent will be downtown’s first smoke-free and social media-friendly gaming area. It will include the Brian Christopher Slots that debuted last year at the Plaza. The slots, a collaboration with the social media influencer, will be in a space styled like the Plaza’s current Studio 71, with backdrops for selfies, group shots and Instagrammable moments.

The previously announced patio at Oscar’s steakhouse will be built on the rooftop deck above the new gaming space and be accessible via Oscar’s existing lounge.

An oversize 3-D doughnut will be the entrance to Pinkbox Doughnuts, which will have 16-foot-long, glass display case with 70 flavors of sweet delights. Pinkbox will also launch an exclusive menu of alcoholic milkshakes at the location.

Construction on the four projects will begin later this month and is expected to be complete by the end of the year.