Brenna McKenna Guests on ‘And Now We Drink’ 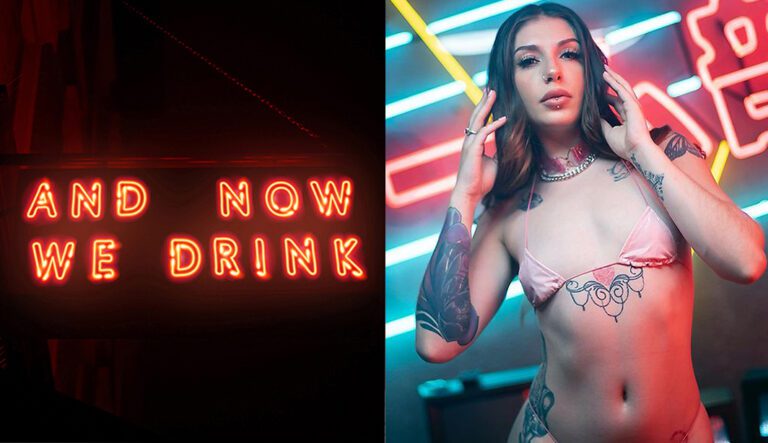 Share
Facebook Twitter LinkedIn Pinterest Email
(LOS ANGELES, Calif. / September 2, 2022) — Brenna McKenna, one of the adult industry’s fastest-rising starlets, talks sex, health, and sexual power dynamics — and shares some unforgettable wild stories — as she joins host Matt Slayer on the new episode of the popular “And Now We Drink” podcast.
“And Now We Drink” is like “the conversation at the end of the bar” featuring your favorite comedians, musicians, writers, actors and adult performers.
On Episode 267, the magnetic McKenna discusses attending a Catholic high school, putting herself through college as an exotic dancer, and what she has learned about men and women through her club interactions. The episode also ask the questions: “Is Brenna a shark?” and “Would Matt defend the honor of his daughter?” Sadly, the world may never know — but Brenna does discuss what she looks for in, and asks of, new co-workers, and expounds on her preference for older dudes when it comes to emotional connections. Matt and Brenna deride people who are determined to be offended, and Thrash Metal nerd Matt drops some culture on Brenna.
The two also weigh the risk vs. reward of working in the adult entertainment industry, and talk performer safety/education, on the freewheeling episode. 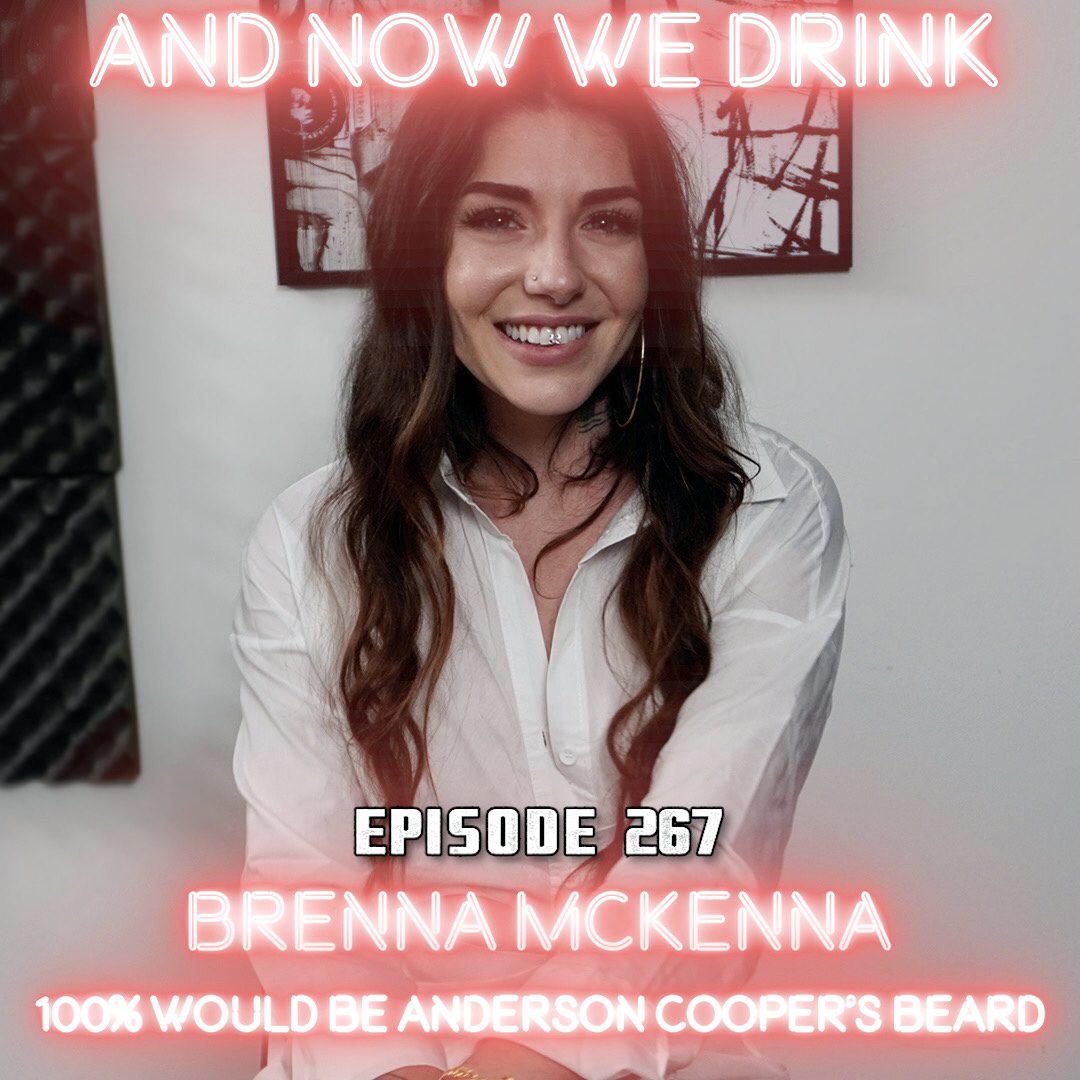 “People should listen to this podcast because of the sheer fact that it is as raw and honest a conversation as it gets,” said McKenna, who flew to Los Angeles specially to appear on Slayer’s show. “It’s not the typical interview, and for that reason I could give you the mind of Brenna, uninhibited.
“Matt was so real and genuine and welcoming, and that gave me such a great experience on the podcast. He’s amazing and I can’t wait for Round 2!”
Show host Slayer remarked, “Brenna McKenna was an absolute pleasure to have on the show. The two hours flew by. Honestly, the show could have easily gone another two with how charming Brenna is. She has stories for days and an infectious laugh. There will definitely be a Round 2 sooner than later.” 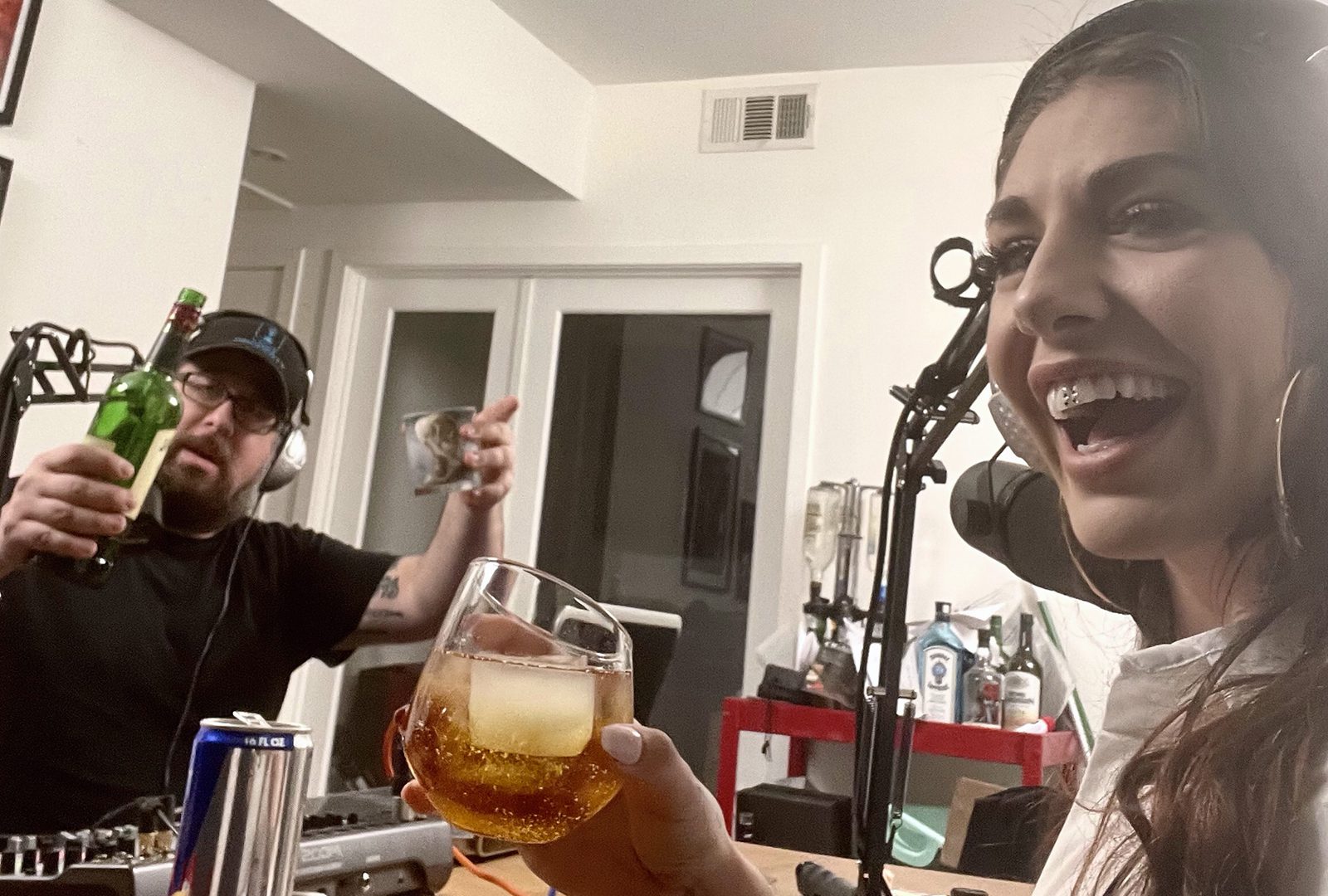 The hilarious Episode 267 of “And Now We Drink” can be found at the program’s official website: www.andnowwedrink.com/episodes, or on these fine services:
Apple Podcasts: https://podcasts.apple.com/us/podcast/with-brenna-mckenna/id1110253182?i=1000578076421
Spotify: https://open.spotify.com/episode/389OrYuo8SF5Z7pVHO0Jvh
Stitcher: https://www.stitcher.com/show/288-podcast/episode/anwd-episode-267-with-brenna-mckenna-206342443
YouTube: https://www.youtube.com/watch?v=5ewRZ1RbYHU
Radio Public: https://radiopublic.com/and-now-we-drink-GA4dB8/s1!1293c
The video version of the podcast is available via Slayer’s Patreon ( patreon.com/mattslayer ).
Read about the latest news from the “And Now We Drink” show on Twitter: @AndNowWeDrink
Follow the inimitable Matt Slayer on Twitter: @Matt_Slayer
The busy McKenna’s recent releases include the epic, 55-minute “Brenna’s Sweetheart Lollipop” from Swallowbay, and her first three-girl sapphic scene, from She Seduced Me, entitled “Stealing My Stepsister’s Girlfriend”.
Connect with Brenna McKenna on Twitter: @BrennvMcKennv and Instagram: @BrennvMcKennv.
Brenna McKenna fans are invited to check her out on FreeOnes: freeones.com/brenna-mckenna.
McKenna treats admirers to an unparalleled level of access via her OnlyFans account, which is updated daily with images and videos that you can’t see on her public accounts.
Read her revealing AdultDVDTalk interview here.
Professional producers may contact her directly via brennamckenna2020@gmail.com for booking information.
McKenna is available for feature dance appearances via The Lee Network / @LeeNetworkNV.
About Brenna McKenna:
One of the most classically beautiful women to ever grace adult films, Brenna McKenna is also a supernova of sexual energy and positive attitude.
Born and raised on the southern end of the great state of New Jersey, Sunday churchgoer McKenna attended a private high school on a softball scholarship before putting herself through college in Philadelphia as a stripper. After earning her business degree in Fashion Industry Management, she realized that she loved exotic dancing so much, she decided to make it her career.
For the 21 year-old, stripping had opened a path on her life’s journey of exploring her hitherto unexcavated sexual powers. But when the COVID pandemic panic came, and gentlemen’s clubs were shuttered, McKenna pivoted to OnlyFans. She eventually reached out to an adult talent agency, and filmed her debut porn scenes in March 2021.
Since then, the magnetic performer has divided her work time between the Los Angeles, Las Vegas and Miami filming hubs, producing her own content and starring in productions by Bang Bros, LeWood, Bang.com, Mike Adriano, She Seduced Me, Team Skeet, Perv City, Swallowbay, and many more.
With years of stripping experience under her belt, McKenna has also moved into feature dancing by signing with industry leader The Lee Network and debuting at New York City’s famed Sapphire 60 gentlemen’s club in June 2022.
She resides in Philadelphia.
Contact:
Michael Whiteacre
HoneyHouse PR
PR@HoneyHouseXXX.com
775-742-8425
Twitter: @HoneyHousePR
#   #   #
-rising starlets And Now We Drink" podcast Brenna McKenna health Matt Slayer sexual power dynamics talks sex
Share. Facebook Twitter Pinterest LinkedIn Tumblr Email
Previous ArticleKaty Perry rings in the naming of Norwegian Cruise Line’s Prima
Next Article Sliquid Joins Pineapple Support As Supporter-Level Sponsor