Costa by Carnival: New ships and a dose of dolce vita in the U.S. 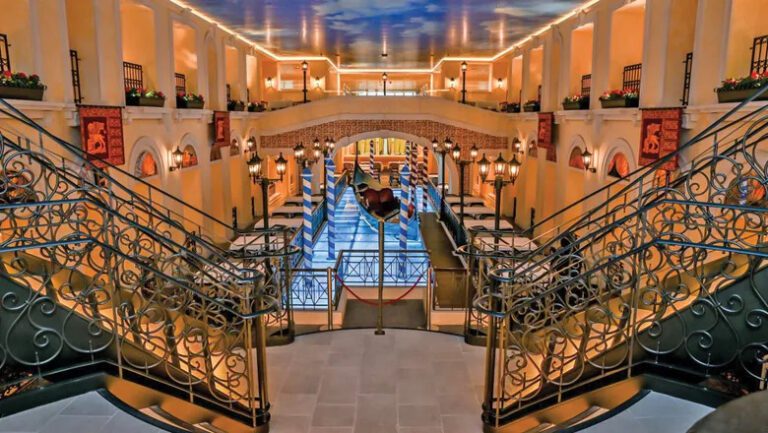 Not only is Costa’s European market a challenging environment due to lingering complications from the pandemic and the Russia-Ukraine war, Carnival executives said during a Q2 earnings call last month, but Carnival Cruise Line needs to build capacity after shedding six ships since 2020 as part of Carnival Corp.’s strategy to dispose of its oldest and least efficient ships. So far, the company’s nine brands have lost 24 ships.

To help solve those problems, Carnival Corp. is introducing Costa by Carnival. The cruise company plans to pair the ambience of two of Costa’s Italian-designed ships with Carnival’s service, food and entertainment and introduce the product in the North American market next year.

“We’re reallocating to brands that have stronger demand, that are in a stronger position,” Carnival Corp. CEO Arnold Donald told investors. “That’s one of the beautiful things, our assets are mobile.”

The 5,260-passenger Costa Venezia will sail out of New York in the spring of 2023 while its sister ship, the Costa Firenze, is expected to sail a year later out of Long Beach, Calif., in the spring of 2024. The ships are both among Costa’s newest vessels, delivered in 2019 and 2021, respectively, and are Vista-class ships, which Carnival fans will recognize as sisters to the Carnival Vista, Horizon and Panorama.

Separately, Carnival Cruise Line will also absorb the Costa Luminosa into its fleet, renaming it the Carnival Luminosa this November and sailing in Australia until next year’s Alaska season.

Donald described the moves as a “rightsizing” for Costa in a complicated European environment. Also a challenge for Costa is lingering pandemic fallout in China, where much of the brand’s capacity was based in 2019, said CFO David Bernstein.

“With that market at the moment closed, rather than take all of that capacity and put it in Europe, we created a new market toward the Carnival guests which we think will expand the market here in North America, and we’ll be in a much better position overall,” he said.

Adding the Costa ships to the U.S. market helps Carnival Cruise Line rebuild capacity after shedding six of its 1990s-built Fantasy Class ships since 2019. In that time, Carnival has added its largest ever ship to its fleet, the Mardi Gras.

Travel advisors on board with the move

But they’re also curious to see how Costa’s Italian style will blend with Carnival’s signature product. The Costa Venezia will sail out of New York in the spring of 2023.

But she predicts selling the new product will require agents to do “a good sales job” to show the difference between this product and Carnival’s other ships. “There must be a level of knowledge on what the ships will offer — what will be ‘Carnival’ and what will be ‘Costa,’ as they are two different products,” she said.

Chris Caulfield, the owner of a CruiseOne franchise who says Carnival is among the top three brands he sells, likes the diversity a Costa ship would add to New York.

He said he believes a benefit to the pairing is “to expose the U.S. market to Costa and open the possibility for more Americans to book Costa for their European cruises. I think it is an excellent move.”

Amy Madison, owner of Dream Vacations Madison and Associates, said Costa has had trouble attracting North American customers in part because they didn’t like the European service. Now that those ships will sail in the U.S. with Carnival staff, she expects longtime Carnival clients will want to check them out.

“By using the Costa ships, it brings some fresh hardware into the brand yet offers a uniqueness because of the Costa Italian flair with the familiar Carnival onboard experience,” she said. “I’m excited by it. I’d like to give it a try.”

Kelly Brewer, a top producer for Carnival with Cruise Planners, supports the creativity of Costa by Carnival and likes that the ships are both Vista class. “They’re solid girls,” she said.

The drawback, she added, is that they lack two of her customers’ favorite restricted spaces: the Havana Retreat with restricted access to a pool and two oversize hot tubs and the Family Harbor Lounge with a large TV and access to ice cream and espresso machines.

“When you hear Vista-class ships, they think of the Havana area and Family Harbor area being available,” Brewer said.