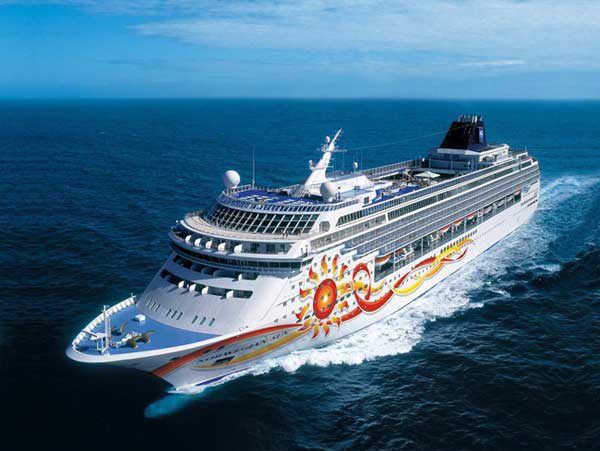 The cruise ship Norwegian Sun hit a piece of an iceberg on Saturday, sustaining damage to its starboard bow, according to a statement from the US Coast Guard (USCG).

A member from the Coast Guard Sector Juneau Prevention Team and contracted divers assessed damage to the right front side and determined the ship was seaworthy to go back to Seattle, its home port, for repairs, the release states.

There were no injuries, according to the USCG.

The ship was making its way to the Hubbard Glacier in Alaska when it hit a “growler,” according to a spokesperson for Norwegian Cruise Line (NCL).

The National Oceanic and Atmospheric Administration says an iceberg has to be greater than 16 feet above sea level and 98 to 164 feet thick — the smaller pieces of floating ice are considered “growlers” or “bergy bits.”

After impact, the ship sailed to Juneau, the capital of Alaska, to be further assessed. The decision was made to shorten the current voyage and cancel the cruise scheduled to begin on June 30 so repairs could be made, NCL said.

The ship was cleared to return at a reduced speed to Seattle where all guests that are on board will disembark as planned, NCL added.