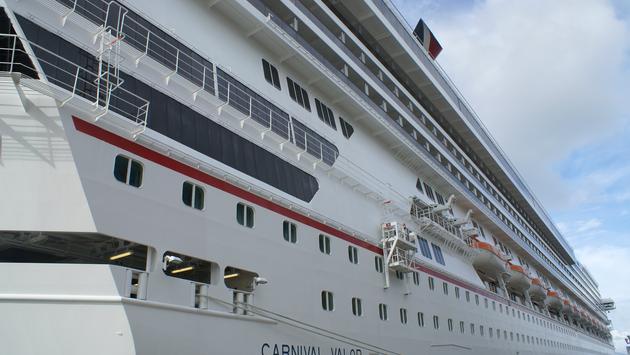 Call it a Thanksgiving Miracle.

A cruise ship passenger who was believed to have fallen overboard and been in the Gulf of Mexico for up to 15 hours was miraculously found alive following a search and rescue by the U.S. Coast Guard.

The incident happened aboard the Carnival Cruise Line’s Carnival Valor, which was sailing out of New Orleans on Wednesday.

According to several news outlets, including CNN, the man was traveling with his sister and went to an onboard bar. But he never rejoined his sister, who did not find him in his stateroom, either, and reported him missing on Thursday. That was anywhere from 10 to 15 hours after she had last seen him at the bar.

The Coast Guard was summoned out of fear that the man had fallen overboard and an air and sea search ensued. A fellow passenger told CNN that cruise ship officials had been combing the ship with a picture of the man, as well as making onboard announcements for the man to check in with authorities. However, it was to no avail a Carnival spokesperson told CNN.

Security began to search the boat and the ship’s first port of call in Cozumel, Mexico was delayed, but still no official announcement had been made about what was going on. The ship turned around to assist officials in the search.

A Coast Guard lieutenant said more than 200 square miles of sea was searched and a distress call was made to all mariners in the Gulf. Then, late Thursday, crew on another boat spotted the missing man in the water. A Coast Guard helicopter was dispatched to recover the man, who was responsive.

In a 17-year career, the Coast Guard spokesman told CNN “this case is unlike anything I’ve been a part of. I think it kind of blows the norm, the normalcy, out of the water here, and really just shows the will to live is something that you need to account for in every search-and-rescue case.”

The man was taken to a hospital to be evaluated and the ship returned course for Cozumel.