Dante Colle Adds Another GAYVN Trophy to His Collection 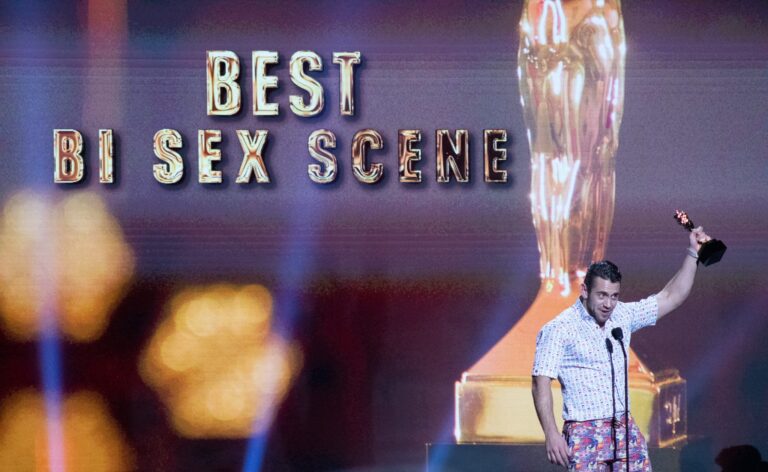 Dante Colle had an exciting week in Las Vegas, including walking the glamorous red carpet and scoring a GayVN Awards win. He was up for multiple awards but took home the trophy for Best Bi Sex Scene for “CineCum” for WhyNotBi, that he starred in with Malik Delgaty and Haley Reed. The scene takes place in a movie theater and opens with Dante putting a hole in his popcorn bucket and putting his cock in it for Haley’s benefit. Sexy stranger Malik joins in the movie action, and two becomes three and the action is even hotter.

Watch “CineCum” on the WhyNotBi scene at whynotbi.com/scene/4627121/cine-cum and look for the scene to make its way to DVD in the future.

“I was really happy to win the award for this one and be at the ceremony to accept it personally. I know the scene was highly rated by the WhyNotBi site members, and I was honored that it won. Thanks to everyone at AVN,” says Dante Colle.

A complete list of the night’s winners can be found at avn.com/business/articles/gay/2023-gayvn-award-winners-announced-913807.html.

Get Dante Colle on your top-shelf studio’s set with no booking fees by emailing him at dantecollemodeling@gmail.com.

To interview Dante Colle for your site, publication, or show, contact Erika Icon of The Rub PR at erika@therubpr.com.