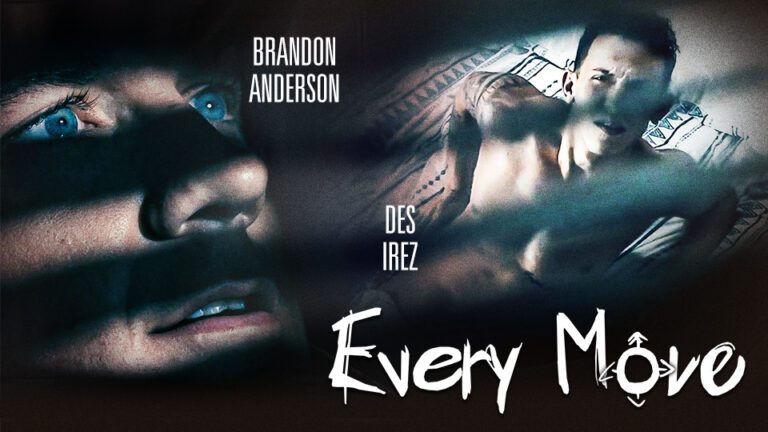 Directed by Walden Woods, the voyeuristic scene (out October 28) features Des Irez as Robbie Lara, an upstanding tenant who is surprised when he gets an impromptu visit from his landlord’s son Otis Stephens (Brandon Anderson), Robbie’s twisted landlord-in-training.

“Directing Brandon and Des for this mini-thriller was so much fun. Brandon did a great job really finding the character and bringing him to life. Our team had a great time really trying to create a story that makes the viewers feel like they’re diving deep into the storyline with the talent. Can’t wait for you all to see this film!”

“It was a fun and interesting role; I enjoyed stepping out of my comfort zone to play this character. Though creepy and mysterious may not reflect my regular casting, I felt very confident portraying Otis,” said Anderson. “It’s all fun on set goofing off and readying yourself to the script. When it’s lights, camera, action, it’s time to bring your A game. I felt as though I left as little on the table as I could!”
Every Move is available at DisruptiveFilms.com. Follow Disruptive Films, part of the Gamma Entertainment network, on  YouTube and Twitter @filmsdisruptive.
About Disruptive Films:
Launched in 2021, DISRUPTIVE FILMS is a brand new studio dedicated to offering the most original gay porn movies and series available today. Our premium lineup of films and original series combine award-winning creative talent, cinematic techniques, compelling stories, and men in acting and sex performances like you’ve never seen before.  Created in collaboration by Bree Mills, Gamma Films Group, and Alpha Studio Group, the production arm behind such iconic gay brands as Next Door Entertainment, Pride Studios, and Active Duty.
About Gamma Entertainment:
Built in 1996, Gamma Entertainment is an award winning company specializing in multimedia and e-commerce. As an industry leader in web technology, Gamma partners with some of heaviest hitters in the adult production scene such as Evil Angel, Girlfriend Films, Falcon Studios, and more. A solid reputation, strong technical knowledge, and a genuine approach to building relationships are the main principles instilled in Gamma Entertainment.
Gamma has an enviable commitment to excellence across a range of different verticals, from production to paysites and beyond. Having a very honest and transparent approach to their business has helped this corporation become recognized as one of the best brands to work with in adult.