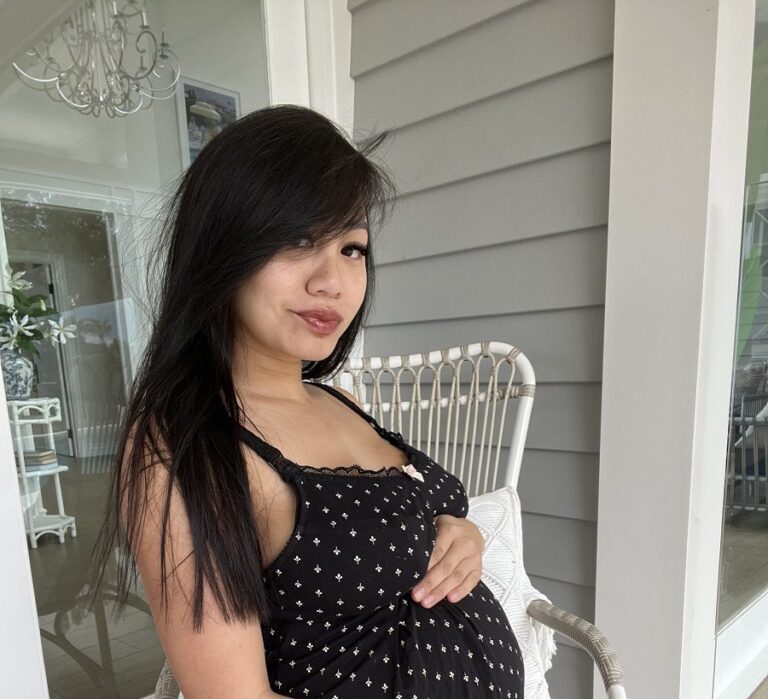 Currently pregnant with her second child, Mai knows very well what her fans want; having launched her successful OnlyFans career in 2019, she admits to losing some followers during her first pregnancy and took a break to focus on her maternity. Upon returning, she gained thousands of followers again; however, after announcing her second pregnancy, something surprising happened: her fan base continued to grow.

“The fan response has not only been overwhelming, it’s been really, REALLY positive… I knew that there was such thing as pregnancy and lactating fetishes, but I guess I didn’t understand the extent of it,” she says.

Mai, who formerly worked in a variety of office jobs, as well as a stint as an exotic dancer, decided that being a stay-at-home mum was more important to her than going out into the workforce while someone else raised her children.

“I know that many people judge me for my decisions, but I have never been happier or more fulfilled in my life,” she enthuses, adding that her six-figure salary is also a great incentive. “What other job could I possibly find that offers the pay, flexibility and personal freedom to raise my family like this?”
Emily Mai’s specialty lactation content is available exclusively on her Fansly.com/itsemilymai page.
For all other content, visit:
EmilyMai.com
Twitter.com/itsemilymai
Instagram.com/itsemilymai
OnlyFans.com/itsemilymai
TikTok.com/@itsemilymai
Clapperapp.com/itsemilymai
ABOUT EMILY MAI:
Emily Mai, an ‘ordinary’ stay-at-home mum from Melbourne, Australia, is enjoying the benefits of quite an extraordinary career as a top digital content creator and in-demand model on social platforms such as OnlyFans.

After years of working in ‘boring’ administrative office jobs that left her unfulfilled, Mai was offered the opportunity to manage the careers of exotic dancers before venturing into feature dancing herself. While she liked many aspects of the job, especially the paycheck, Mai knew that she would rather shoot original content from the comfort of her own home. She joined OnlyFans in February 2019 and never looked back.