(Los Angeles, CA) Drop-dead gorgeous fashion model and award-winning adult star Emma Rose is sweeping the top awards this season and has won her second Trans Performer of the Year award this year, and it’s from the XBIZ Awards.

The XBIZ Awards red carpet at the Hollywood Palladium was a star-studded event, and Emma Rose was shining brightly in her blue gown. When her name was called as the winning Trans Performer of the Year, she took to the stage, elated that she swept all the major awards shows for this major awards category. Emma thanked her team and held her trophy up in a triumph trance.

“This work has been a tremendous year for trans performers, and I’m elated to be recognized for all the hard work I’ve put in. I hope my speech has inspired studios and agencies to take up more trans content. 2023 is going to be such a strong year; it’s an amazing honor to win this award,” says Emma Rose.

A complete list of the night’s winners can be found at xbiz.com/news/271212/2023-xbiz-awards-winners-announced.

To interview Emma Rose for your site, publication, or show, contact Erika Icon of The Rub PR at erika@therubpr.com. 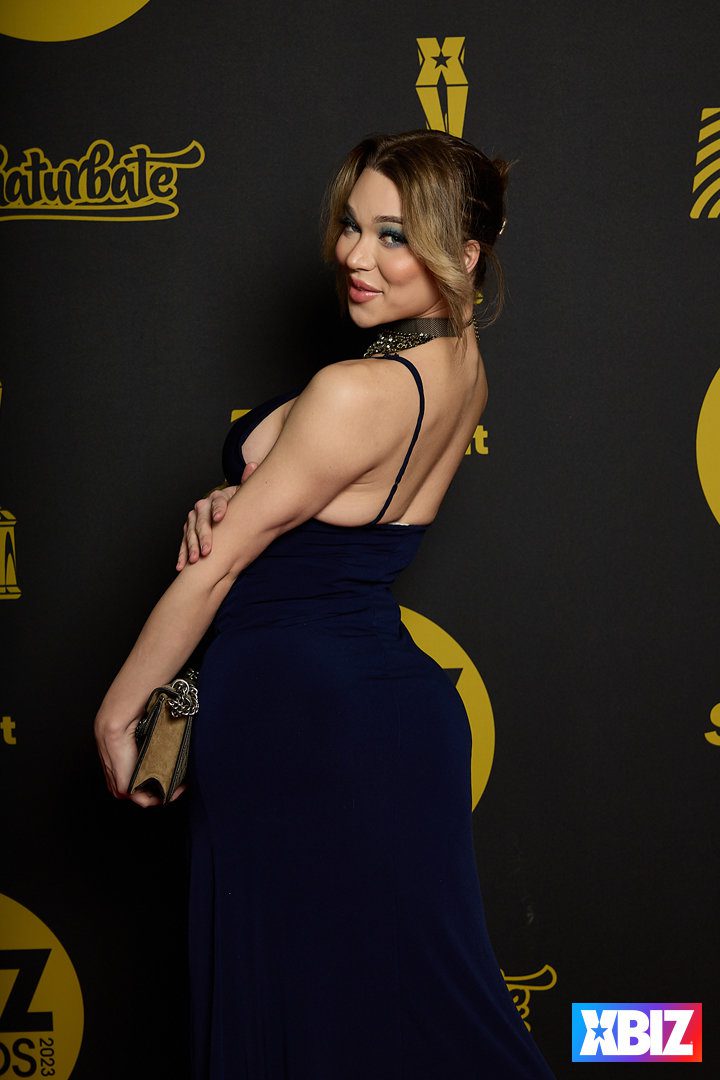 Since she entered adult, the nominations and awards wins have flooded in for Emma. In 2023, she scored Trans Performer of the Year from both the AVN and XBIZ Awards and previously won the XBIZ Cam Award for Best Trans Clip Artist. Emma is the most nominated trans model in the Fleshbot Awards and has dominated the 2021 and 2022 awards winning Best Ass, Best Total Package, Best Top (twice), Cam Model of the Year, Best Fansite Presence, Best Social Media Personality, Cam Newcomer of the Year, and Best Scene (twice). Emma is continually one of the top TEAs winning models and has taken trophies home for Best New Face, Gender X Model of the Year, and Hardcore Performer of the Year. She’s also scored countless noms from the AVN Awards, XBIZ Awards, Pornhub Awards, NightMoves Awards, TEAs, ManyVids, and Fleshbot Awards.