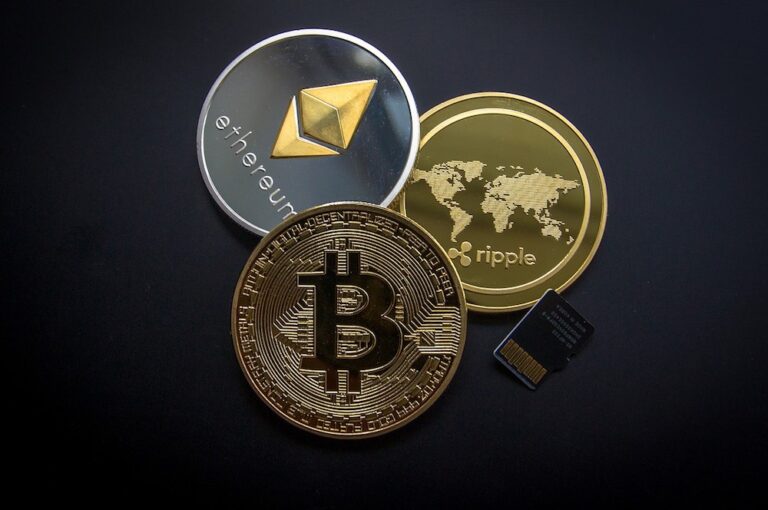 While cryptocurrency is becoming increasingly mainstream and consumer confidence in crypto as a medium of exchange appears to be increasing, crypto scammers and fraudsters continue to frequently target consumers. These scammers often approach their victims through social media, touting lucrative investment opportunities designed to cash in on the perception that crypto is a “hot” area for investors right now – or luring in their victims with romantic overtures that evolve into requests for financial support.

In the Federal Trade Commission’s latest Consumer Protection Data Spotlight report, the FTC states that consumers “reported losing over $1 billion to fraud involving cryptocurrencies from January 2021 through March 2022,” with most of those losses involving “bogus cryptocurrency investment opportunities.”

According to the FTC, consumer losses from the scam investment opportunities totaled $575 million from January 2021 through March of this year. The scams “often falsely promise potential investors that they can earn huge returns,” but consumers reported losing every penny of what they invested.

“Although (crypto has) yet to become a mainstream payment method, reports to the FTC show it’s an alarmingly common method for scammers to get peoples’ money,” the FTC said in a statement accompanying the report. “Since the start of 2021, more than 46,000 people have reported losing over $1 billion in crypto to scams – that’s about one out of every four dollars reported lost, more than any other payment method.”

While investment scams accounted for the largest amount of consumer losses by far, the FTC said consumers also reported being targeted by “romance scams and “business and government impersonation scams.

Romance scams “involve a love interest who tries to entice someone into investing in what turns out to be a cryptocurrency scam,” while with business and government impersonation scams, “scammers often target consumers by claiming their money is at risk because of fraud or a government investigation and the only way to protect their cash is by converting it to cryptocurrency.”

Romance scams accounted for $185 in cryptocurrency losses in period covered by the report, the FTC said, while the median individual loss was “an astounding $10,000.” Business imposters accounted for $93 million, while scammers pretending to be government agencies raked in $40 million.

“Nearly half of consumers who reported a cryptocurrency related scam since 2021 said it started with an ad, post or message on a social media platform,” the FTC stated in its report.

In the period covered by the report, “nearly four out of every ten dollars reported lost to a fraud originating on social media was lost in crypto,” the FTC said. The platforms where the scams most often originated were Instagram (32%), Facebook (26%), WhatsApp (9%), and Telegram (7%).

While younger consumers were more likely to have lost money to crypto scams, the FTC reports that older consumers lost more on a per-scam basis.

“Only scammers will guarantee profits or big returns,” the FTC added in its statement. No cryptocurrency investment is ever guaranteed to make money, let alone big money. Nobody legit will require you to buy cryptocurrency. Not to sort out a problem, not to protect your money. That’s a scam. Never mix online dating and investment advice. If a new love interest wants to show you how to invest in crypto, or asks you to send them crypto, that’s a scam.”

For more information and additional advice on spotting and avoiding cryptocurrency scams, go to ftc.gov/cryptocurrency and ftc.gov/scams. 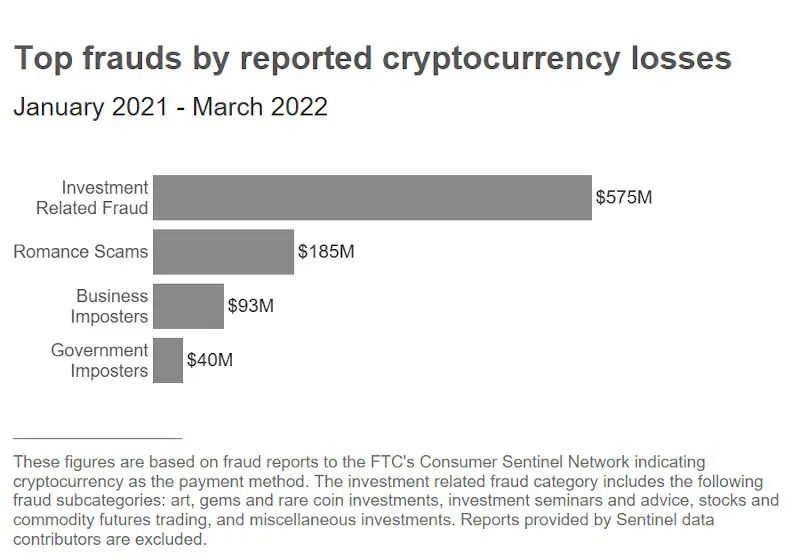 Cryptocurrencies photo by Worldspectrum of Pexels