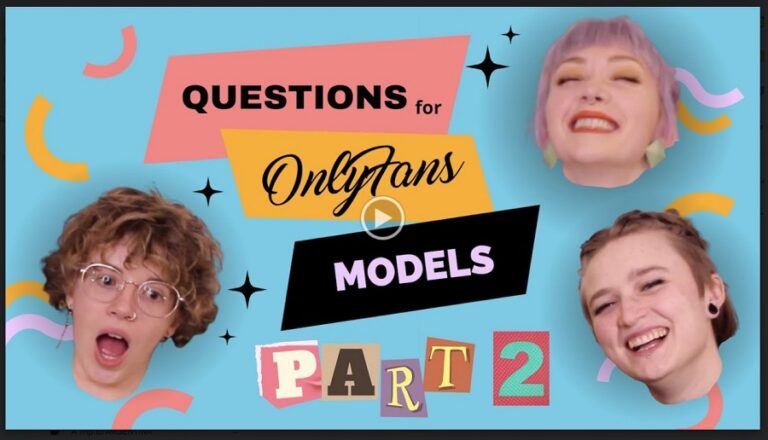 Share
Facebook Twitter LinkedIn Pinterest Email
(Los Angeles, CA / November 9, 2022) — GoAskAlex brings the gang back together for Part 2 of her four-part YouTube series, “OnlyFans Model Q&A” – a lively evening of laughs with friends/fellow models Prince Margo and Natie Del as they answer fan questions while drinking tasty adult beverages.
The trio ponders The Simpsons conspiracy theory that the animated TV show has accurately – and eerily – predicted future events with several head-scratching storylines, the theory of time travel, past (and future) lives, little-known animal facts, what they’d buy if they won the lottery and the logistical stress of managing a three-way tryst.
“You can’t focus on any one person – you’re constantly trying to appease two people, so you’re switching back and forth and you can’t just relax and enjoy yourself… but if there are four of you, you can go two and two and swap out, and you can just focus on pleasuring one other person while still having the variety!”
Natie stated the case for threesomes, noting that “the intimacy is within the three of you rather than two on two and swapping out,” while Margo maintained that with “threesomes, someone tends to get left out and that’s awkward… I’d say a foursome is probably more successful!”
To watch Part 2 – and Part 1 – of “OnlyFans Model Q&A”, visit GoAskAlex’s official YouTube channel at YouTube.com/GoAskAlexOnline, and find her at GoAskAlexOnline.com, and on Twitter and Instagram.
ABOUT GOASKALEX:
GoAskAlex is an adult model, onscreen performer and sex educator with the distinction of being the industry’s first-ever ostomate since receiving a life-changing surgery in 2019: “my small intestine was diverted out through my abdomen, and I now wear a permanent medical device.”
The auburn-haired British Columbia, Canada native – who launched her adult career in 2014 as a webcam model and online companion – has since taken the opportunity to use her high-profile platform to advocate for disabled and underrepresented bodies in adult media.
GoAskAlex currently sits atop the 1% of content creators on OnlyFans, is a top attraction over at SuicideGirls.com and sells her original video clips on top sites such as ManyVids. iWantClips and Clips4sale.
She has since been featured in XBIZ Magazine, posing for the cover as the trade publication’s first-ever model with an ostomy, as well as Hustler E-Magazine to promote her inspiring Disabled Sex Workers Calendar. She also won 2020’s XBIZ Cam Award for Best Inked Model and 2021’s XBIZ Best Cam Model.
# # #
Press and media contact:
Brian S. Gross | BSG PR | 818.340.4422 | brian@bsgpr.com |@bsgpr
British Columbia Canada GoAskAlex OnlyFans Model Q&A Playful YouTube Series youtube
Share. Facebook Twitter Pinterest LinkedIn Tumblr Email
Previous ArticleAdult Time Racks Up 86 AVN Award Nominations for 2023
Next Article Cruise lines alter itineraries to avoid Nicole