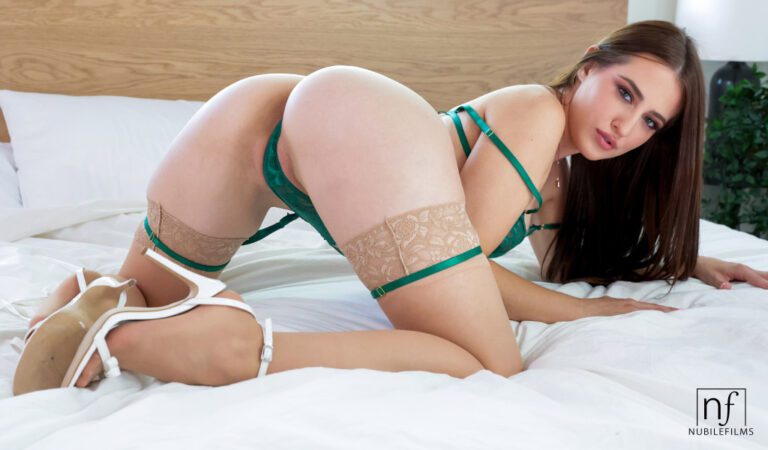 Share
Facebook Twitter LinkedIn Pinterest Email
(Los Angeles, CA) Petite all-natural starlet Aubree Valentine has stolen the hearts of many fans worldwide and has been crowned as the October Fantasy of the Month for Nubile Films. She brings one of her fantasies to life with her showcase scene along with the coveted title.
Known for her bubble butt worth swooning over and her smoldering scenes, Aubree Valentine is a heartbreaker who effortlessly went from cam model to creator to porn star. Now she can add Fantasy of the Month to her growing list of accomplishments. “October 2022 Fantasy of the Month – S43:E4” opens with her getting some me-time and daydreaming about her crush Jay Romero. Fantasizing about having him inside her, she builds the perfect scenario in her head while getting herself off. The doorbell rings, and it’s Jay. Time for Aubree to turn the object of her affection into her boy toy. Aubree leads Jay to the couch and confesses she’s been super horny and has been thinking about him a lot lately. Aubree tells him to shut up and fuck her when he mentions she’s married. Of course, Jay can’t turn her down, and the two go at it on the couch. They enjoy their illicit liaison with a killer BJ and a nice variety of positions. It ends in spooning that makes Aubree quiver, and Jay pulls out and blows his load on her pussy. Yes, sometimes daydreams do come true. 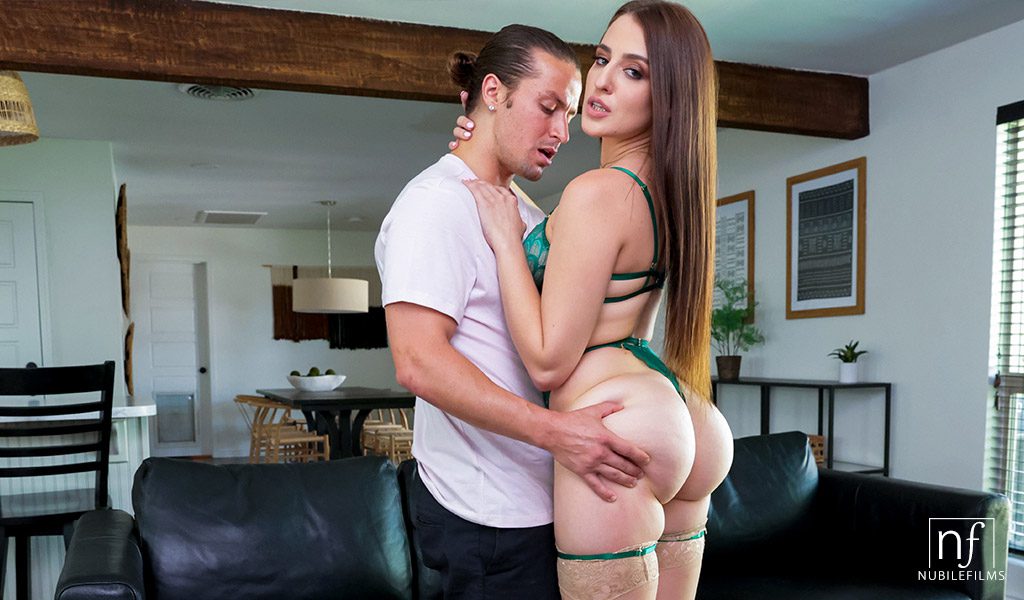 “My scene with Jay Romero was everything I thought it would be and more. I love how the power of positive thinking can make awesome things happen, like our tryst, and I hope the Nubile Films’ members enjoy every second of it,” says Aubree Valentine.
“Aubree is so stunning and a natural beauty. I think her fantasy scene could end up being one of the most-watched scenes of 2022. You definitely don’t want to miss it!” says Belinda, Nubiles Affiliate Manager.
Head to Nubile Films to watch the trailer and member-exclusive for “October 2022 Fantasy of the Month – S43:E4” at nubilefilms.com/video/watch/156664/october-2022-fantasy-of-the-month. And see all of Aubree’s Nubile Films’ scenes in one place at nubilefilms.com/model/profile/14842/aubree-valentine.
For Nubiles media requests, contact Erika Icon of The Rub PR at erika@therubpr.com.
ABOUT NUBILES
Nubiles nubiles-porn.com and Nubile Films nubilefilms.com are two of the most respected studios in the industry. With countless awards nominations and multiple AVN Awards wins, their high-quality HD scenes with the top stars and rising stars have kept their members happy and their brand expanding. Follow them on IG at @nubilefilms. Subscribe to their official Pornhub accounts at pornhub.com/channels/nubiles and pornhub.com/channels/nubilefilms for updates, trailers, and more.
accomplishments all-natural starlet Aubree Valentine bubble butt can model creator crush daydreaming Fantasy of the Month Jay Romero member-exclusive members Nubile Films Nubiles October porn star scene title trailer
Share. Facebook Twitter Pinterest LinkedIn Tumblr Email
Previous ArticleIt’s Oktoberfest & Kenzie Reeves Is on the Menu as the Flavor of the Month
Next Article APAC Gives Back & Announces a Night for Performers