(Hollywood, CA) With his work for Delphine Films, Taiwanese-born adult film director Bloomer Yang has been a standout in adult with scenes featuring great storytelling, passionate sex, and unique three-dimensional characters. This talent and dedication have helped him win his first industry award. And in the same week, his first role in front of the camera is debuting.

Bloomer Yang has had an outstanding 2022 becoming the principal director for Delphine Films, and he’s started off awards season with two nominations from the Fleshbot Awards for Best Oral Sex Scene and Movie of the Year. Yesterday, the awards were announced, and his scene “Snoop Around,” starring Kira Noir and David Lee, won Best Oral Sex Scene. This marks his first award win, as well as Delphine Films’.

“Oh my God, I was so excited when I heard my scene won. I love what I do and work with some of the best people in adult. So, winning an award is really just the icing on the cake or a cherry on a sundae. But it’s an incredible feeling! The stars, Kira and David, did an amazing job in the scene, and the fans were so great to vote for us. Thank you, Fleshbot!” says Bloomer Yang.

This week also marks Bloomer’s first time in front of the camera as an actor in a non-sex role. Today “Door to Door,” starring Kimora Quin and Codey Steele, comes out. Bloomer not only wrote and directed the scene, but he’s also one of the stars. He has a non-sex role playing a director. Viewers get to see what it’s really like to be a director with a comedic twist. Watch it at delphinefilms.com.

“I’m excited that ‘Door to Door’ is finally coming out. I spend a lot of time behind the camera, so this is definitely a departure for me. But don’t worry, I don’t get naked. I save that for my OnlyFans!” continues Bloomer Yang.

Taiwanese-born adult film director Bloomer Yang is one of the biggest rising stars on the director front. With over 50 scenes filmed for Model Media USA’s studio Delphine Films delphinefilms.com, his standout films feature great storytelling and passionate sex scenes with three-dimensional characters that he writes and directs. His goal is not just to get the viewer off but also to get a reaction which might even include tears or laughter. Classically trained, Bloomer holds a Masters in Screenwriting and a Bachelor’s in Film Production. In 2022, he was nominated for a pair of Fleshbot Awards nominations for Movie of the Year and Best Oral Sex Scene, which he took home the trophy for. 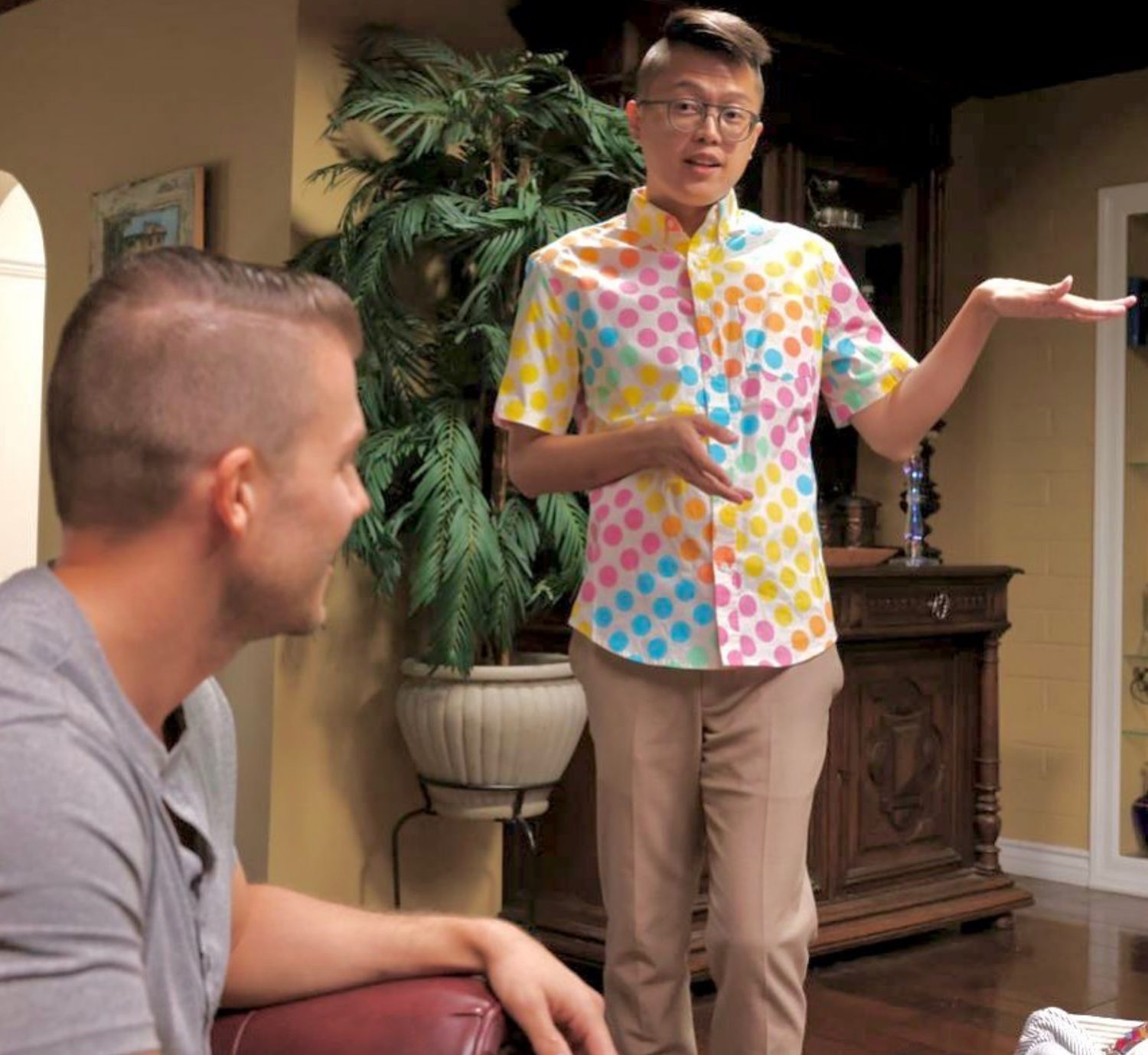