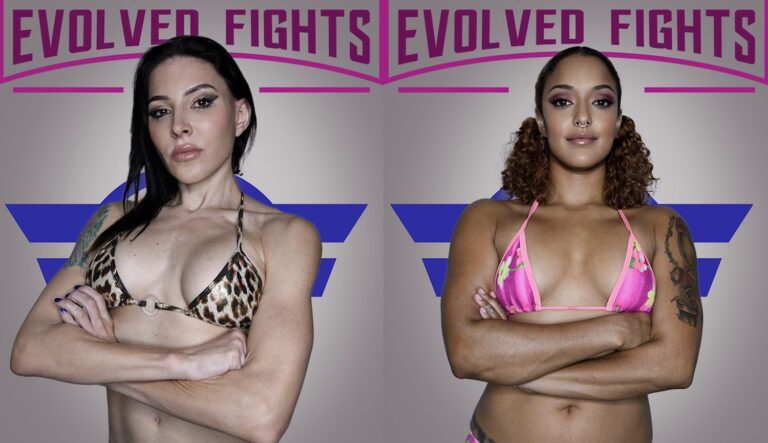 (Las Vegas, NV) Evolved Fights Lez’s Annual Fall Brawl is one of the most highly anticipated events and starts tomorrow. And eight fierce ladies are ready to bring it to the mats and fight to win the title of Greatest Sex Fighter of All Time.

Tomorrow, the 2022 Fall Brawl kicks off—the fierce ladies competing this year include Agatha Delicious, Avery Jane, Bella Rossi, Daisy Ducati, Jupiter Jetson, Paris Love, Sarah Brooke, and Vanessa Vega. Match #1 will be Daisy Ducati vs. Agatha Delicious, and it will be wild. Match #2 is Avery Jane vs. Bella Rossi. Match #3 will have Vanessa Vega and Jupiter Jetson squaring off. And Match #4 Sarah Brooke vs. Sarah Brooke. The Winners of Match #1 and Match #3 will head to the Semi-Finals, and so will the winners of Match #2 and Match #4. Finally, the two Semi-Finals winners will head to the Finals to wrestle it out for the title.

All the wrestlers have won at least one match on evolvedfightslez.com. Some are newer to the site, like Avery Jane, Jupiter Jetson, and Vanessa Vega. Bella Rossi and Daisy Ducati lead the pack winning 12 and 17 matches, respectively. And Agatha Delicious has seven wins, and Sarah Brooke has Six wins. Despite their experience and/or numbers of wins, any of these fighters could walk away with the coveted title of Greatest Sex Fighter of All Time. 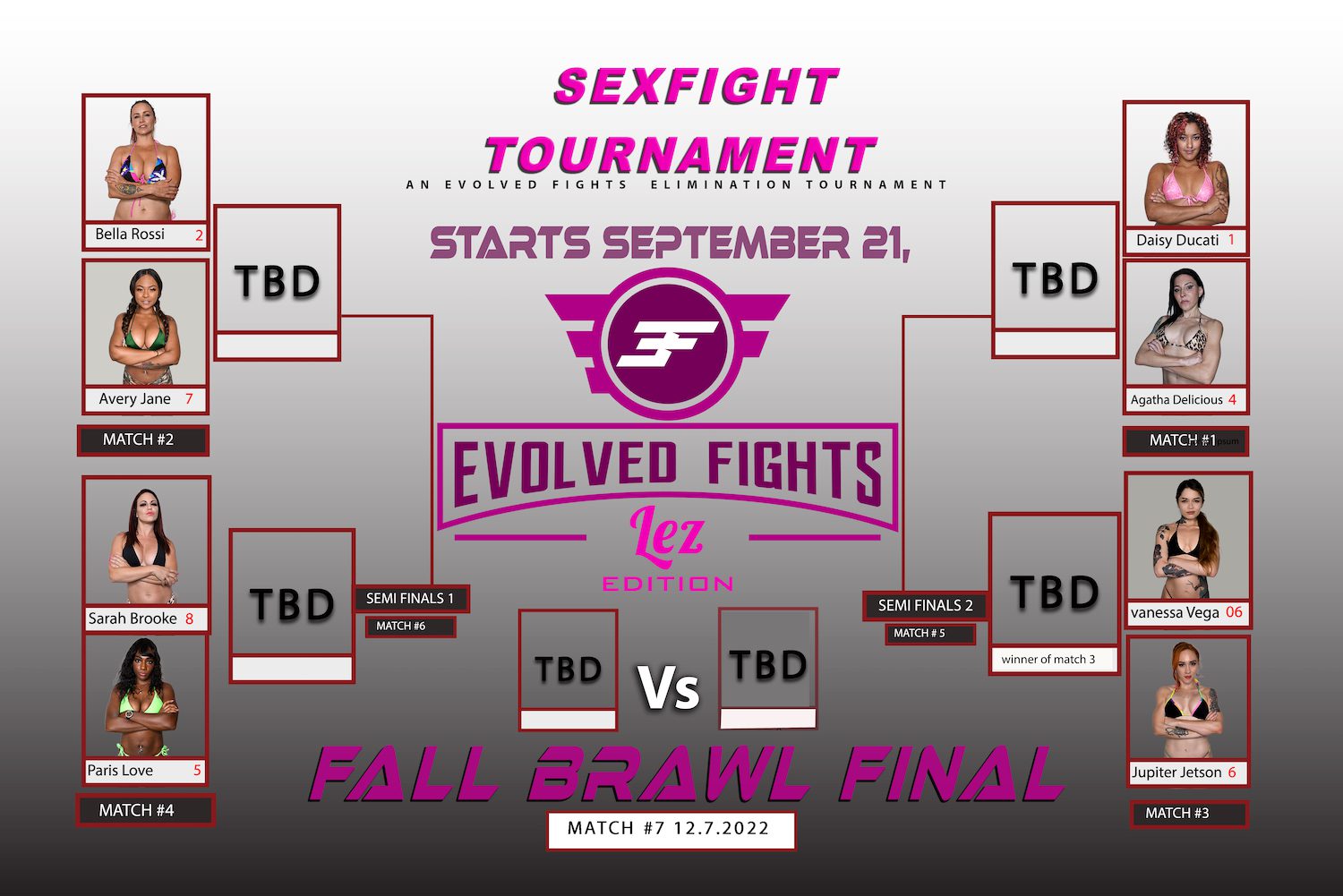 The tournament starts on September 21st and ends on December 7th. The matches are updated biweekly, and alternate weeks will feature an Orgasm Challenge update.

“The Fall Brawl really (or as I call it Pussy Hunting Season) is the most wonderful time of the year. Our members really get into this event, and we’ve got some added bonuses with the Orgasm Challenges. It really builds the excitement. I know I say it every year, but this year could be the best Fall Brawl ever! So don’t miss a minute of the action and join the site,” says Ariel X.

To interview Ariel X or any of the wrestlers appearing on her sites for your site, publication, or show, contact Erika Icon of The Rub PR at [email protected].