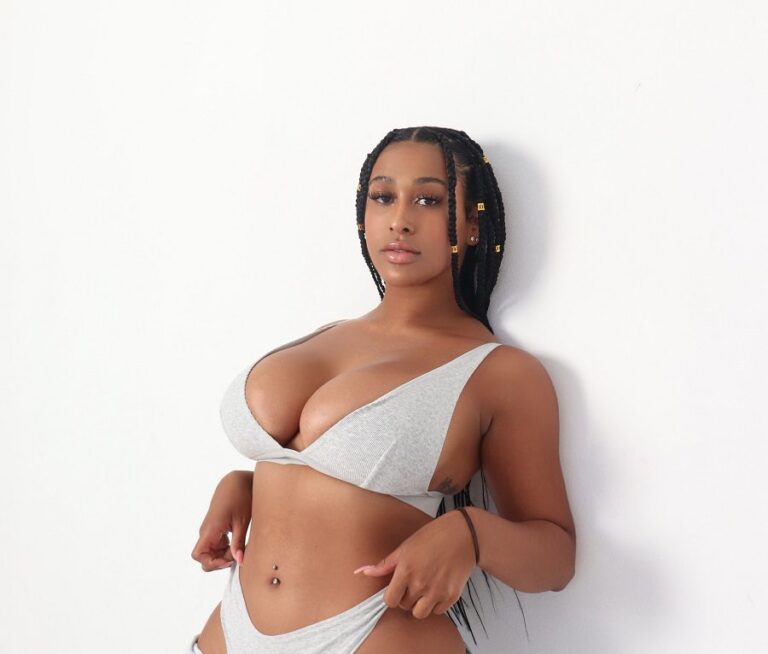 Share
Facebook Twitter LinkedIn Pinterest Email
(Los Angeles, CA / August 9, 2022) — Jaaden Kyrelle, a high-profile OnlyFans star who sits among the top 0.04% of the popular content site’s biggest moneymakers, is feeling the love right now after one of her TikTok videos, “Show Your Degree then Show How Much You Make”, went viral over the weekend on WorldStarHipHop.

The 18-second WSHH clip, “Shorty Graduated College At 19 But You Won’t Believe How Much Bread She’s Pulling In!”, spotlights the model in her cap and gown while proudly holding her framed Bachelor of Science degree for Criminology & Criminal Justice from ASU’s Watts College of Public Service and Community Solutions, followed by an eye-popping itemized list of earnings – totaling $843, 366.51 – over the past six months from her OnlyFans work.

Kyrelle, who admits that her aspirations of becoming a criminal defense attorney have been put on hold while she continues raking in the cash on her @jaadenkyrelle model page, enthuses that the video has “grabbed everyone’s attention for sure – my DMs and comments over the past few days have been loving the young, educated-yet-promiscuous vibe.”

She also adds that she’s grateful for her OnlyFans success, as the social platform has “allowed me the opportunity to pay off my college debt without ever having to take out a student loan, and that’s something that’s hard for people to deny is a plus.”

Want to know more about Jaaden Kyrelle? Find and follow her on:

OnlyFans: @jaadenkyrelle
Instagram: @thejaadenkyrelle
OnlyFans: @jaadenforfree (FREE)
TikTok: @jaadenthesoulsnatcher
Linktr.ee/jaadenkyrelle
ABOUT JAADEN KYRELLE:
Jaaden Kyrelle is a model, influencer and OnlyFans superstar (top 0.04%, thankuverymuch) who made her career debut in September 2020. With 400 followers on her social media pages and a mountain of college debt, the petite (5’3”) Salem, Oregon native knew she had the natural talent and appeal to become a successful online content creator.

“I think people relate to my content so much because it’s all very raw and amateur footage,” she says, noting that her success “kind of happened overnight thanks to a handful videos” and when rapper Pooh Shiesty posted a photo of her in all her gorgeous glory. Her Twitter page has since exploded to 720,000 followers, as well as more than 300,000 on TikTok – before she was banned from her former account for her “shock factor” content – and her first-ever sex video drew millions of views right off the bat!

A world historical events enthusiast (“I almost majored in History”), Kyrelle graduated high school at 15, earning her Criminology & Criminal Justice degree in 2022 at Arizona State University’s Watts College of Public Service and Community Solutions with ambitions of becoming a criminal defense attorney, but viral fame – and a six-figure income – has put her former goals on hold.

“OnlyFans income has brought so many great opportunities: I’m currently in the process of buying my third and fourth properties, one of which is for my mom! I am also fortunate enough to be able to invest large amounts monthly into stocks & bonds and maxing out my retirement funds, and my goal now is to purchase a weed farm or dispensary for my 21st birthday next year!”
Currently based in Texas, Kyrelle is a huge country music fan who admits she hasn’t spent a summer without going to a festival in almost a decade, and shares her home with two cats and five dogs (“Memphis, Bear, King, Little & Riot are the loves of my life!”), and loves traveling, watching college football and online shopping.
# # #