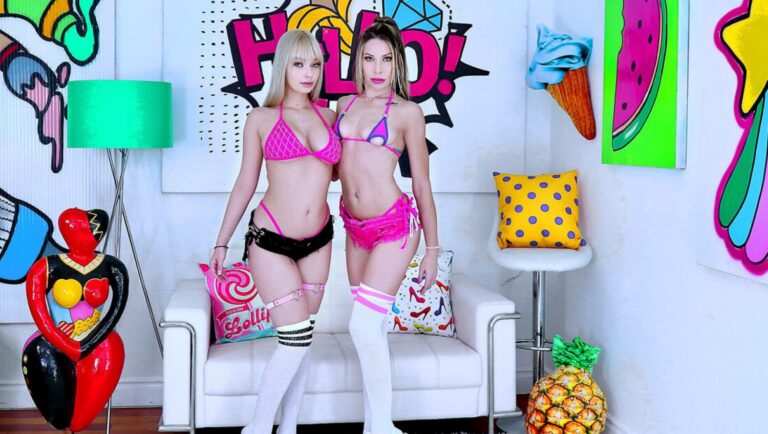 Share
Facebook Twitter LinkedIn Pinterest Email
(Los Angeles, CA) Stunning, blonde, naturally busty Canadian Jessica Starling has two new must-see scenes out now. She’s made her long-awaited Nympho.com debut and returns to MYLF.com.
In Nympho.com’s “Time to Play with Kat & Jessica,” Jessica sets her intention when she says, “I want to get messy, dirty, and nasty.” And that’s exactly what happens. Sporting pink and black and wearing a bikini, Daisy Dukes, striped knee socks, and stripper heels, Jessica is ready for action. First, Kat Chase helps her off with her top, and both remove their panties simultaneously. Next, they mess around with each other until they head over to give Scott Nails a double BJ. The ladies enjoy sharing his dick, and Jessica is smiling the entire time. It all ends with a wild creamy finish Nympho.com members will be talking about for some time. Watch the trailer and scene at tour.nympho.com/scenes/time-to-play-with-kat-jessica.
Jessica is also returning to MYLF.com for her fourth scene, “Are We Really Doing This?” The scene is shot POV-style for their MomShoot series. Dressed to go out in a pink sparkly dress and heels, Jessica ends up staying in since her date stood her up. Ike Diesel invites her to hang out in his apartment for a bit, play video games, and eat pizza, leading to some adult fun in the living room and bedroom. Watch the trailer and member exclusive at mylf.com/movies/are-we-really-doing-this.
“Both these scenes were so much fun to film. I’m glad I got work for Nympho.com and have wanted to for a while. There’s a reason that I’m smiling the entire time. Please let Nympho.com and MYLF.com know how much you enjoyed the scenes so you will see more of me on both,” says Jessica Starling.
Jessica is returning to the West Coast and is available for work from November 10th through December 7th. Get her on your set by contacting Chris at Foxx Modeling via phone 951.315.1871 or email Chris@FoxxxModeling.com. View Jessica’s agency photos at foxxxmodeling.com/models/jessica-starling.
Interview Jessica Starling for your site, publication, or show by contacting Erika Icon of The Rub PR at erika@therubpr.com.
ABOUT JESSICA STARLING
Stunning, blonde, and naturally busty Canadian Jessica Starling reassembles a Victoria’s Secret model. She took the clips, cam, and phone sex world by storm with her vanilla, taboo, and femdom work. The professional masturbator and kink enthusiast got her start in adult as a stripper who cammed while studying journalism in college. In 2021, she took the plunge and became a full-fledged porn star and has worked with top-shelf studios, including Brazzers, Reality Kings, MYLF.com, Mofos, VR Bangers, Girlfriends Films, Naughty America, Nubiles, and more. 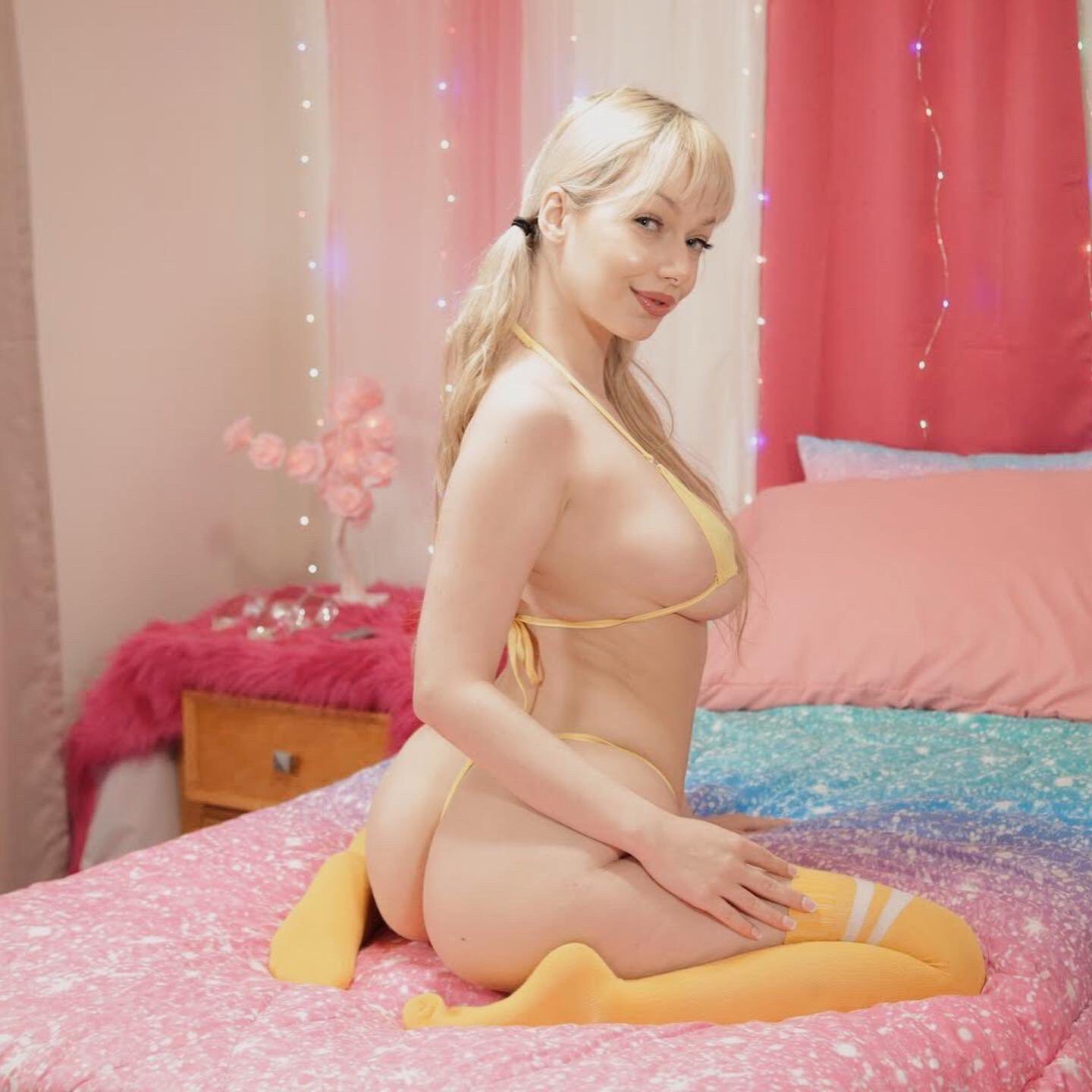 Jessica was featured in a 12-page spread for ManyVids’ Runaway Rebels issue and spotlighted in their documentary “We Are Many” about the rise of CEO Bella French. She’s also been featured in Hustler and interviewed by many mainstream outlets like Mashable and Huffington Post. When she’s not working filming for top studios or her platforms, you’ll find her playing video games, reading classic novels, and enjoying a glass of red wine. Jessica has received industry acclaim with nominations from the AVN Awards for Fave Indie Clip Star, XBIZ Awards for Cam Model of the Year, XBIZ Cam Awards for Rising Premium Social Media Star, and Fleshbot Awards for Cam Model of the Year.
Get the best of her exclusive content by joining her Premium OnlyFans onlyfans.com/jesscicastarling and get a sneak peek by joining her free page onlyfans.com/jessicastarlingfree. Follow her on Chaturbate chaturbate.com/jessicastarling to be notified when she goes live. Talk dirty to her for a price on SextPanther sextpanther.com/Jessica-Starling. Find out why Jessica has 200k subscribers and over 45 million views on Pornhub by checking out her page and subscribing pornhub.com/pornstar/jessica-starling. Find many of her links and her blog on her official site thejessicastarling.com. Follow her on Twitter @j3ssicastarling, Instagram @jessicastarlingxo, and TikTok @jessicastarling.
bikini daisy dukes double BJ Ike Diesel Jessica Starling Kat Case MomShoot mylf.com Nympho.com pizza pov scene Scott Nails striped knee socks stripper heels trailer video games
Share. Facebook Twitter Pinterest LinkedIn Tumblr Email
Previous ArticleZerella Skies Makes Her AllBlackX Debut in New Must-See Scene with Isiah Maxwell
Next Article U ready!? Sex Expo is NEXT WEEK!