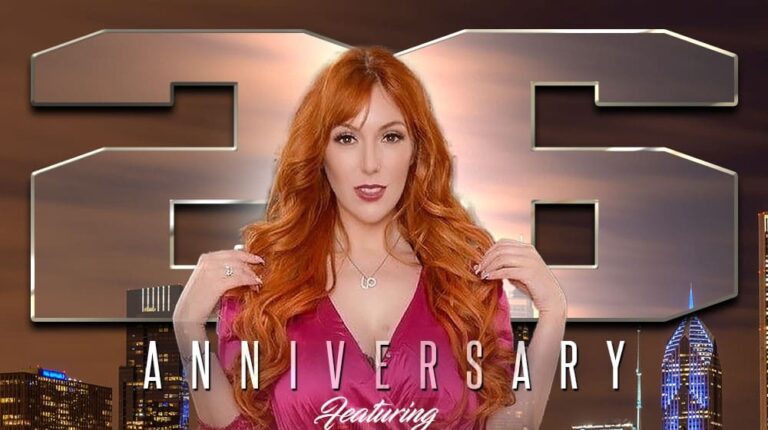 Share
Facebook Twitter LinkedIn Pinterest Email
(Hollywood, CA) Sexy statuesque fiery redhead influencer, adult actress, gamer, and model Lauren Phillips is headed to the Windy City for a two-night feature to celebrate gentlemen’s club Blackjacks’ 26th anniversary.
This Friday, September 30th, and Saturday, October 1st, Lauren Phillips will be headlining at Chicago’s best full nude strip club, Blackjacks. And she’s helping them celebrate 26 incredible years of making their patrons happy. Each night, Lauren will hit the main stage with her high-energy shows featuring her incredible dance moves and sexy costumes. She’ll also have multiple meet and greets, giving her fans and club patrons a chance to take a photo with the superstar, buy her exclusive merch (including her Kiiroo stroker), and maybe even get a VIP lap dance from your favorite ginger adult star.
“I’m excited to help Blackjacks celebrate their anniversary and see all my fans in the Chicago area! It’s going to be a lot of fun, and I’ve definitely got a few surprises planned. So, if you’re in the area, come out and celebrate!” says Lauren Phillips.
Blackjacks is Kane County’s only gentlemen’s club, 18+, and full nude. They have a full food and drinks menu and 12 private rooms for VIP dances. Blackjacks is open until 2am on Friday and Saturday nights and charges a $20 cover which includes two drinks. The gentlemen’s club is located at 7N657 Route 25 in Elgin, Illinois. For more information and/or reservations, check out their website blackjacksclub.com or call 847.697.8150. 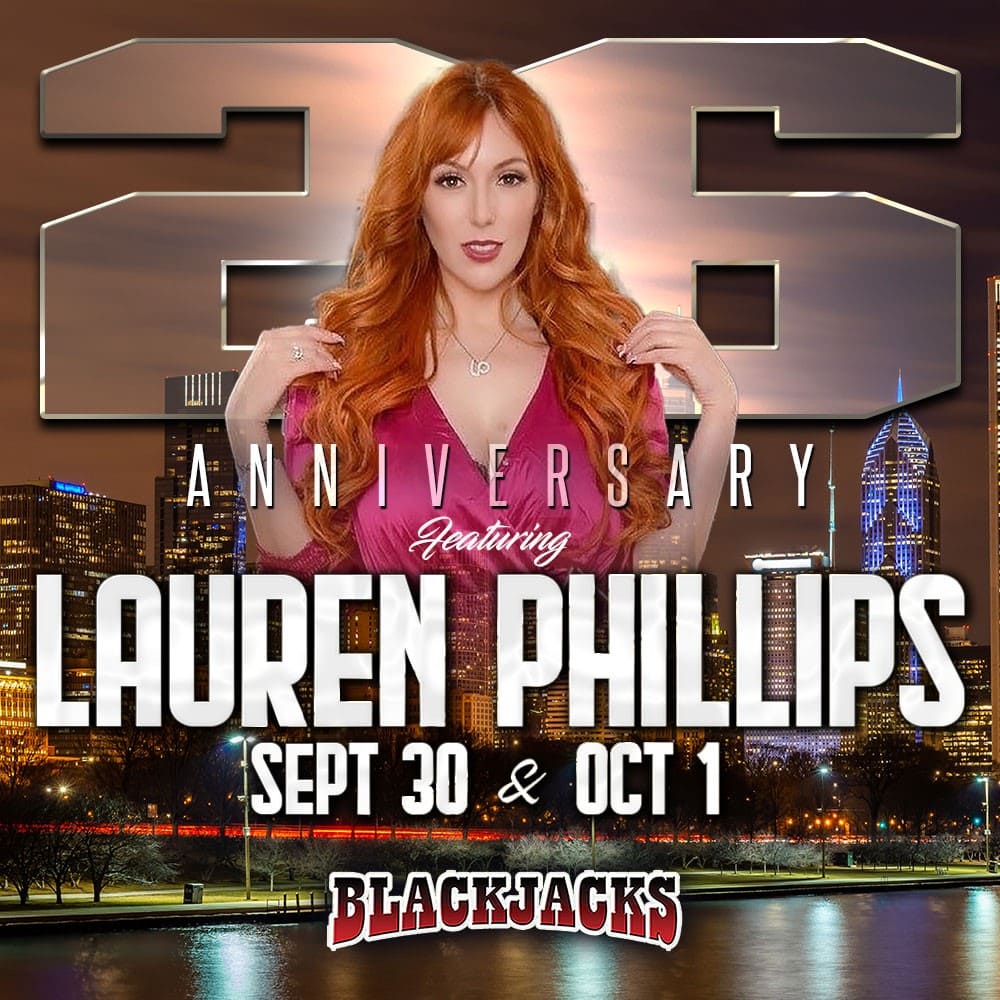