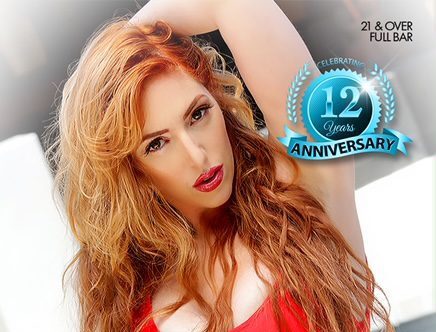 Whether you’re in the City of Sin or are planning a holiday weekend getaway, it’s the best place to be for Lauren Phillips fans. She’s headlining Friday, September 2nd through Sunday, September 4th at the infamous Larry Flynt’s Hustler Club. Lauren will hit the main stage with her high-energy shows twice Friday and Saturday and once Sunday night. With a superstar like Lauren in the house and holiday weekend crowds, early arrival is suggested nightly. Fans and club patrons will also get multiple chances to meet Lauren on all three nights—get a selfie, buy her exclusive merch, including her Kiiroo stroker, and maybe even get a VIP lap dance from your favorite ginger adult star.

“I’m so excited to help the Vegas Hustler Club celebrate 12 incredible years and, of course, the last weekend of summer. I’ve got some special stage shows, outfits, and many surprises planned for all three nights. And you never know, I might just bring you up on stage with me,” says Lauren Phillips.

In celebration of the club’s 12th anniversary, The Hustler Club  will have drink specials and a complimentary hot dog bar. The gentlemen’s club is a mecca that boasts five affixed bars, a relaxing cyclone of breezy curtains and cabaret-styled sofas, a VIP Stage with a see-through glass catwalk that can be viewed from the first and second floors, three Sky Boxes and eleven Honey Suites, and a 20,000 square foot Hustler Hollywood store. For reservations, VIP pickup service, party packages, and bottle service visit their site vegashustlerclub.com. The Hustler Club is located at 6007 Dean Martin Drive in Las Vegas. 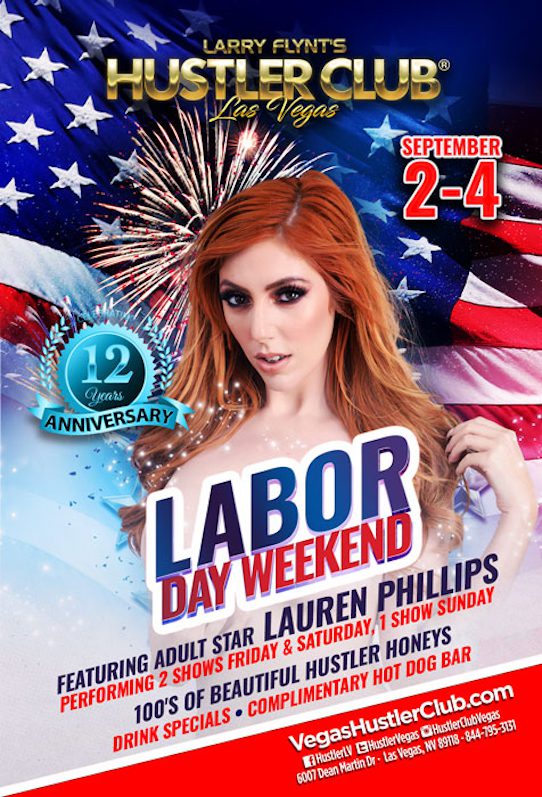 Book Lauren to feature at your gentlemen’s club by contacting David at Centerfold Strips Entertainment via email [email protected] or phone at 877.427.8747.

To interview Lauren for your site, publication, or show, contact Erika Icon of The Rub PR at [email protected].

Get Lauren’s new collection of highly realistic and imaginative toys through Kiiroo at kiiroo.io/feellauren. Buy a variety of her high-quality branded Fangear.vip merch including calendars at fangear.vip/models/lauren-phillips. See all her sexy adventures by joining her official site laurenphillips.com.