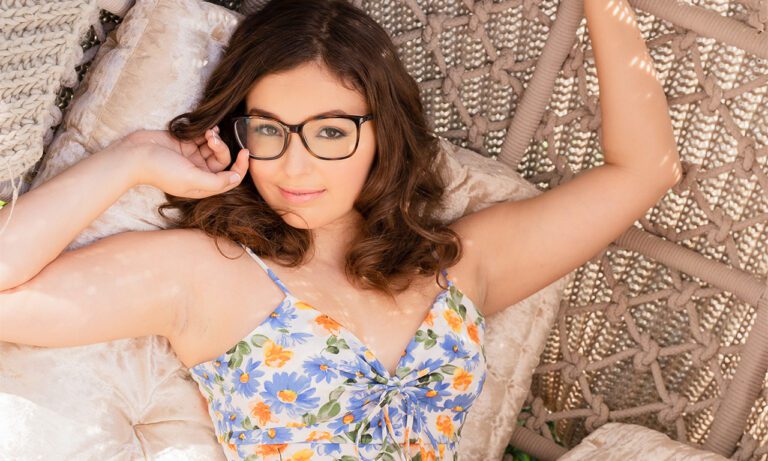 Share
Facebook Twitter LinkedIn Pinterest Email
(LOS ANGELES, Calif. / December 19, 2022) — Leana Lovings, the all-natural dreamgirl next door who forged a path to adult industry superstardom with a slew of white-hot performances this year, has been honored with a nomination for the Best New Performer prize in the 2023 XBIZ Awards.
Already an immensely popular webcam performer before taking the plunge into the World of X in September 2021, in her first year the versatile beauty has toplined productions for studios such as Brazzers, Vixen Media Group, Reality Kings, Naughty America, Missa X, Team Skeet, Bang Bros, Girlfriends Films, Elegant Angel, Cherry Pimps, Bang!, and many more.

Lovings also earned an XBIZ nomination in the category of Best Sex Scene — Virtual Reality for her work in “Dream Team” from SexLikeReal as part of an all-star harem that includes Blake Blossom, Delilah Day, Kyler Quinn and Haley Spades, along with a very lucky John Strong.

“I was not expecting any of these nominations or achievements this year,” said Lovings, “and I’m so glad that the VR nomination is from working with SexLikeReal.

“I would like to say that I couldn’t have learned and grown so much this year without the advice and help from directors such as Kayden Kross and Mike Quasar, and the teams from Elegant Angel and Blacked Raw. There’s been a lot of growth this year but here’s to the next year, full steam ahead!”

Lovings appeared as a guest on the official Adult Empire podcast earlier this year, which can be viewed here.