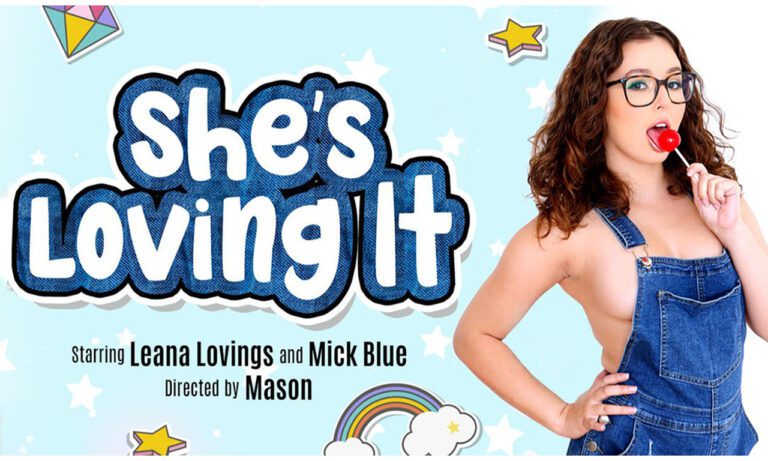 Share
Facebook Twitter LinkedIn Pinterest Email
(MIAMI, Fla. / September 21, 2022) — Leana Lovings, adult film’s dream-girl next door, is thrilled to announce that she stars in a new boy/girl scene for HardX, and is featured as the cover model on its DVD release, “Super Cute Vol. 15.”
In the scene, the all-natural, brunette beauty starts off by answering personal questions thrown at her from off-camera by award-winning director, Mason. Notably, Lovings answers that what she is most looking forward to on that day is “having lots of fun — and very energetic sex.”
Cue: superstar male performer, Mick Blue, who starts things off with some passionate kissing, before making Lovings’ wish come true in a tremendous joint-performance.
“Mick Blue was one of the most professional performers I’ve worked with, and Mason is an amazing director,” said Lovings.  “I loved that day so much for the energy everyone had on set, and I hope it’s visible in this scene.
“I love being a part of something where you know that what comes out is going to be special. And that’s what it felt like.” 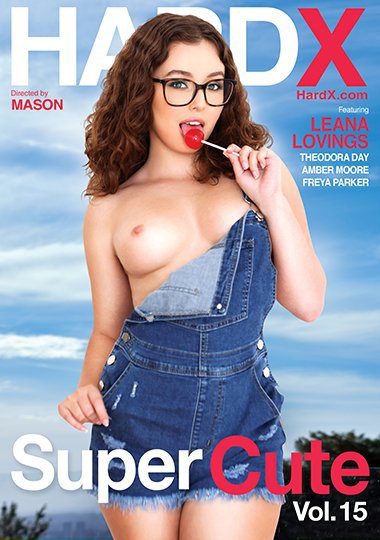 Connect with Leana Lovings on Twitter: @LeanaLovings and Instagram: @theleanalovings.
Catch Lovings on Chaturbate and join her Famclub: https://chaturbate.com/naughtynightlover/
Leana Lovings fans are invited to check her out on FreeOnes: https://www.freeones.com/leana-lovings and peruse her self-produced videos on ManyVids.
Lovings treats admirers to an unparalleled level of access via her OnlyFans account ( http://onlyfans.com/leanalovings ), which is updated daily with images and videos that you can’t see on her public accounts.
With her popularity skyrocketing faster than gas prices, fans are invited to subscribe to Lovings’ verified Pornhub page, view her videos and check her progress.
She is represented by AMA Modeling / @TeamBrian2016 for East Coast shoots, and 101 Modeling  / @101ModelingInc for West Coast shoots.
About Leana Lovings
One of the fastest-rising stars in adult entertainment, Leana Lovings was already an immensely popular webcam performer with over 200,000 followers on Chaturbate before taking the plunge into the World of X in September 2021.
She has brought her loving fan base with her and, in that short interval, the all-natural, 5-foot brunette beauty has reached the top 0.3% on OnlyFans, the top 30 Most Popular Porn Stars on Adult Empire, and ascended to the top 25 adult stars on Pornhub, with over 114 million views on that platform alone.
Lovings grew up in the rural southeast, and attended university with double major in Biology and Psychology and a specialization in Neuroscience.  Camming represented “a way to explore my sexuality in a safe way, while creating something that feels like a very intimate and even comforting experience for the viewer,” Lovings said.
Having been raised in a religious environment, Lovings said that “sex work healed me in a lot of ways. It taught me how to care more for myself — exercise, self care — and how to have more confidence in myself.”
Lovings’ girl-next-door looks, dynamic sexuality and irresistible personality have repeatedly sent her videos into the best seller charts, landed her on magazine covers for The Score Group’s iconic “18 Eighteen”, and Hustler’s “Barely Legal”, and led to a profile in British tabloid, the Daily Star.
The sought-after starlet has already shot around 200 scenes, for studios such as Brazzers, Reality Kings, Naughty America, Team Skeet, Bang Bros, Girlfriends Films, Cherry Pimps, Lubed, Bang.com, and many more.  Her numerous Virtual Reality appearances include starring roles for industry leaders such as SexLikeReal, BangBros VR, VRBangers,  WankzVR, VRHush, VRAllure, VR Conk and RealJamVR.
In May, Lovings served as trophy girl at the adult industry’s X-Rated Critics Organization (XRCO) Awards in Hollywood, and was a featured speaker on two panels at the YNOT Summit. The young star was crowned Nubiles Flavor of the Month in August 2022.  She is slayed the speak at the upcoming YNOT Cammunity event in October.
She resides in South Florida.
Contact:
Michael Whiteacre
HoneyHouse PR
PR@HoneyHouseXXX.com
775-742-8425
Twitter: @HoneyHousePR
#   #   #
dream-girl next door HardX Leana Lovings
Share. Facebook Twitter Pinterest LinkedIn Tumblr Email
Previous ArticleMYLF Gets Revved Up for a Ride with Three New Titles from Mom Swap, Perv Principal, Perv Mom
Next Article Joanna Angel Headlines Sapphire Times Sq Thurs, Sept 22