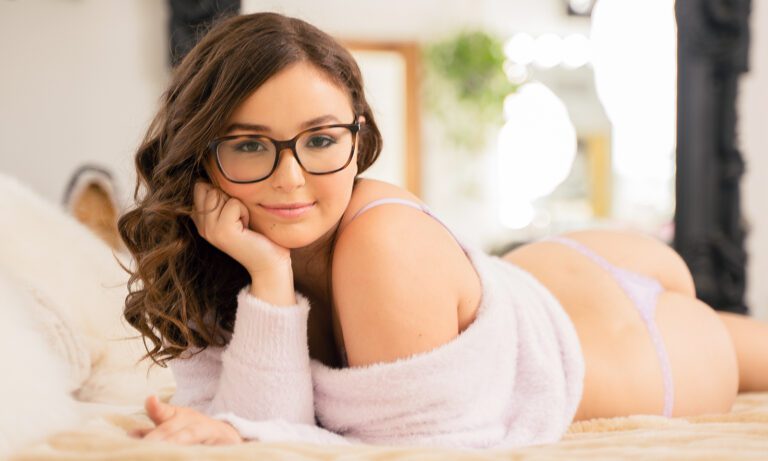 Share
Facebook Twitter LinkedIn Pinterest Email
(MIAMI, Fla. / September 29, 2022) — Leana Lovings, adult film’s dream-girl next door, is thrilled to announce that she will perform a very special VR cam show on Friday, September 30.
“When SexLikeReal proposed that I try their newest feature in VR technology, I was thrilled,” said Lovings, who has starred in several popular scenes for the virtual reality platform.  “I can’t wait to be able to take this peek into the future of camming and to share this experience with everyone involved.”
“I’m in the process of beta testing a device that works as a VR webcam,” the young star explained. “It’s known as the DreamCam and I’m one of the first girls in the US to test it live on camera and stream with it.”
Featuring games, toys and all the love, Lovings’ historic stream is scheduled for Friday at 5pm PT / 8pm ET and is scheduled to run for 2 hours. Both VR and 2D options for the stream will be available at SexLikeReal.com.

Offering the hottest and most authentic VR sexual adventures anytime – on demand — SexLikeReal.com is the top destination for interactive virtual reality adult entertainment. The platform offers immersive virtual experiences with up to 8K video quality for a variety of VR gear including Oculus Quest 2, Valve Index, and Nvidia VR headsets.