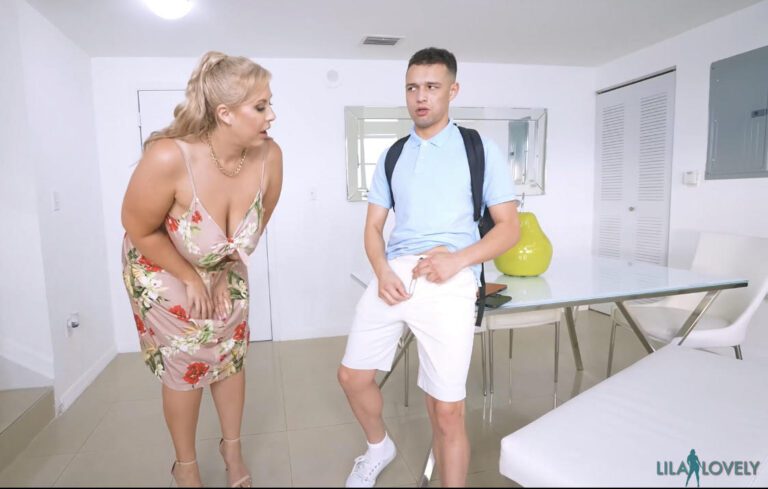 Series Description: Johnny thinks he’s coming home from college to an empty house and has plans to party with his friends. He doesn’t know that his parents don’t trust him and have hired Lila Lovely to watch him. He’s shocked and irritated when he sees Lila as he walks in. She explains she’s not there to ruin his good time.

Lila has also released two new girl-on-girl scenes where she teams up with Maggie Green in “Caught Red Handy” and “Pillow Talk”. Both scenes are available on LilaLovely.com and ManyVids.