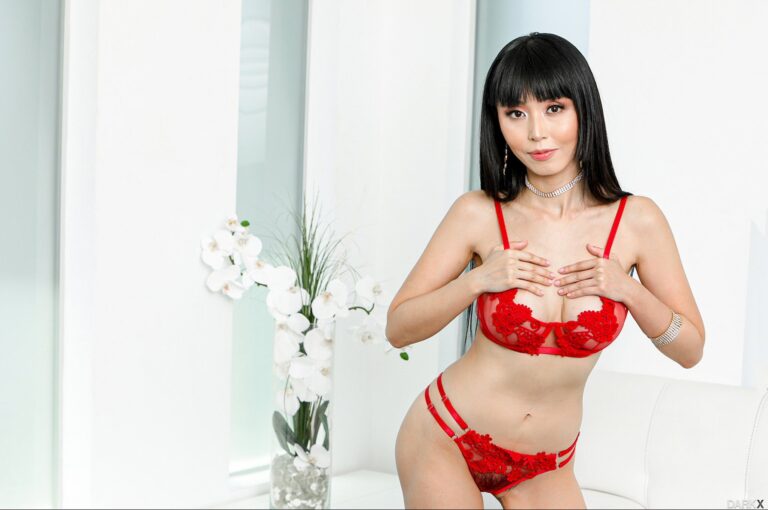 (Hollywood, CA) Japanese Penthouse Pet, adult star, Cancer ambassador, and YouTube sensation Marica Hase has done many interviews since she started in adult in 2009 in Japan, but her exclusive XCritic interview is truly unique and shows Marica’s dreams have come true with her professionalism, perseverance, and staying focused.

International man of intrigue and veteran writer Jim Steele recently sat down with Marica Hase and discussed her career beginning in Japan, her work in the US, and striving always to be the best. “The XCritic Interview: Marica Hase” opens by showing the differences in how models are portrayed in Japan and the US and how her agent Mark Spiegler’s belief that she would become an internationally-known star came to fruition with her energy, drive, and beauty. Jim was really taken with how humble and polite Marica is, and she still blushes at being called a star. The interview covers a lot of ground, including Marica winning her first AVN Award for Kayden Kross’ Deeper orgy scene, battling cancer and returning to adult after a three-year hiatus, being crowned a Penthouse Pet, filming content for her popular YouTube Channel with sidekick Buusan, being inducted into the Urban X Hall of Fame, fans getting to know the real Marica Hase on her social media and interacting with them, her love of American food, and much more.

“Jim was a lot of fun to talk to, and he really did his research, even looking into my early days as a model in Japan. My longtime fans will enjoy this interview because there are so many things that I’ve really never spoken too much about until now with Jim. This is one of my favorite interviews, and I love XCritic,” says Marica Hase.

Read “The XCritic Interview: Marica Hase” in its entirety and check out SFW and NSF pretty girl shots of Marica from her films, along with photos from her modeling days in Japan at xcritic.com/columns/column.php?columnID=7071.

Get Marica on your set by contacting Mark Spiegler at [email protected] or 818.326.5403. Book her for feature dancing through A-List alistfeatures.com and Centerfolds Strips centerfoldstrips.com.

To interview Marica Hase for your site, publication, or show, contact Erika Icon of The Rub PR at [email protected].