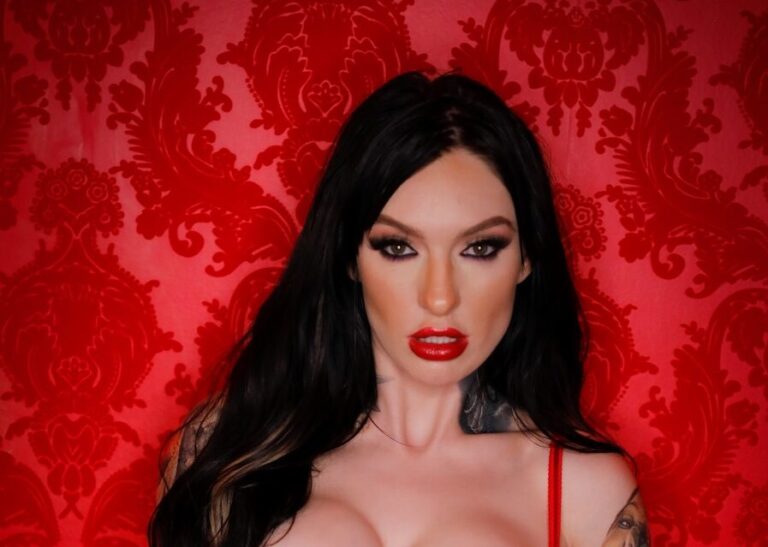 (Los Angeles, CA / July 1, 2022) — Fans of Misha Montana are in for a scorching summer surprise, as the rising adult talent takes over the Internet for a wild series of new scenes, interviews and articles that spotlight the sexy tattooed star as a driving force – and gorgeous face – of the industry’s emerging future.

She also recently sat for an interview with the podcast Recovery After Stroke, as well as with Ivan on their ‘2 Russians 1 America’ show on YouTube, ‘XPW’s Killafornia Post Show 4am Podcast’, where Montana took part in a 16 wrestler death match tournament as part of the featured entertainment for the evening.

Next up for Montana: the newly-blonde star opens up to host Mark Laita in a soon-to-be-released episode of ‘Soft White Underbelly’, as well as with fellow adult performer Kenzie Taylor in ‘The Sauce Podcast’.

Get to know Misha Montana at:
MishaMontana.com

@TheMishaMontana (Twitter)
@TheMishaMontana (Instagram)
Tiktok.com/@themishamontana
OnlyFans.com/mishamontana
Allmylinks.com/mishamontana
ABOUT MISHA MONTANA
Raven-haired, pale-skinned and covered in tattoos, Misha Montana (aka Xeno Kitty) represents the ideal model of the Millennium. The Nevada native of Russian descent is not only one of the adult industry’s fastest-rising performers, she is also the Chief Brand Officer, Production Manager and in-house director for Alt Erotic, an award-winning alternative lifestyle adult film brand.
From her Xenomorph face-hugger alien tattoo on her pussy that was documented in an AltErotic scene to making adult and mainstream headlines in 2021 for her stroke and getting engaged to her partner in crime, Ivan, on the red carpet during the AltPorn Awards, Misha consistently makes history as a creative artist on the rise.
The exotic beauty started adult modeling ten years ago, but launched her adult film career full-time in 2020, with spirited performances for AltErotic.com and other high-profile studios. She also co-hosts YouTube videos with Ivan on the Slivan TV and Twisted Crowd channels.
# # #
Press and media contact:
Brian S. Gross | BSG PR | 818.340.4422 | brian@bsgpr.com | @bsgpr
Misha Montana
Share. Facebook Twitter Pinterest LinkedIn Tumblr Email
Previous ArticleCome Savor the Majesty of MILFs This Independence Day Weekend at MYLF.com
Next Article TeamSkeet Makes Summer Lovin’ a BLAST with All-New Taboo Tales