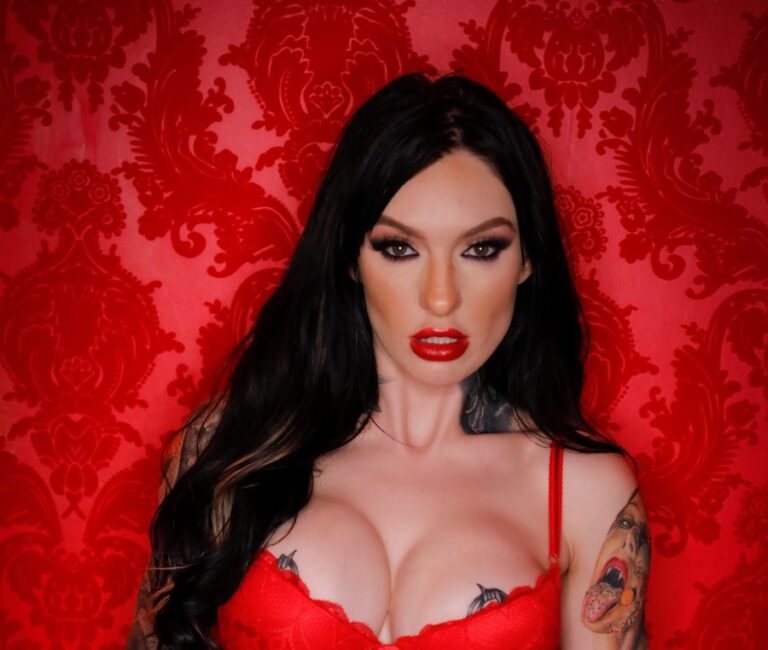 Share
Facebook Twitter LinkedIn Pinterest Email
(Los Angeles, CA / September 23, 2022) — Misha Montana announces that she has been invited to speak on a professional industry panel during the YNOT Cammunity event, taking place October 10-13 at the W Hotel in Hollywood, California.
The newly-blonde adult performer and content creator, who is also nominated for a 2022 YNOT Cam Award in the category of Best Inked Model, is scheduled to speak at ‘The Impact of Catfish Accounts On Your Brand & Mental Health’ seminar at 12pm (noon) Wednesday, October 12 alongside moderator BranditScan.
“What an honor it is to not only be nominated for a YNOT Cam Award, but also speak on a seminar panel about the rise of catfish social media accounts for the YNOT Cammunity, which I’m pretty excited about,” said Montana.

“I’m looking forward to spending some time at the W Hotel making new connections, seeing some old friends and learning a thing or two during the event. Please come up and say hello if you see me there!”

Fans can vote for Misha Montana EVERY DAY as the Best Inked Model on her YNOT model page at ynot.com/models/Mishamontana.

Find and follow her at:
MishaMontana.com
@TheMishaMontana (Twitter)
@TheMishaMontana (Instagram)
Tiktok.com/@themishamontana
OnlyFans.com/mishamontana
Allmylinks.com/mishamontana
ABOUT MISHA MONTANA:
Raven-haired (but blonde for now!), pale-skinned and covered in tattoos, Misha Montana (aka Xeno Kitty) represents the ideal model of the Millennium. The Nevada native of Russian descent is not only one of the adult industry’s fastest-rising performers, she is also the Chief Brand Officer, Production Manager and in-house director for Alt Erotic, an award-winning alternative lifestyle adult film brand.
From her Xenomorph face-hugger alien tattoo on her pussy that was documented in an AltErotic scene to making adult and mainstream headlines in 2021 for her stroke and getting engaged to her partner in crime, Ivan, on the red carpet during the AltPorn Awards, Misha consistently makes history as a creative artist on the rise.
The exotic beauty started adult modeling ten years ago, but launched her adult film career full-time in 2020, with spirited performances for AltErotic.com and other high-profile studios. She also co-hosts YouTube videos with Ivan on the Slivan TV channel, as well as their “2 Russians, 1 America” podcast.
# # #
Press and media contact:
Brian S. Gross | BSG PR | 818.340.4422 | brian@bsgpr.com | @bsgpr
california hollywood Misha Montana W Hotel YNOT Cammunity
Share. Facebook Twitter Pinterest LinkedIn Tumblr Email
Previous ArticleBloomer Yang & Delphine Films Come to Lust Cinema
Next Article Brad Newman Scores the Cover of New Sensations Latest Title & Top Spot on Pornhub