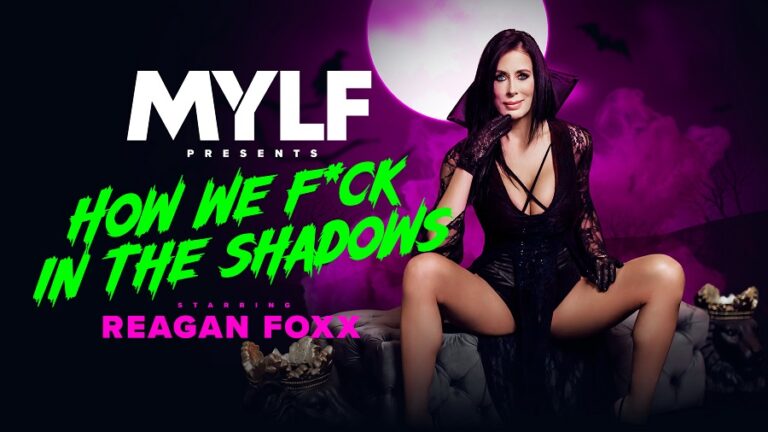 The three-part series kicked off October 10 on Mom Swap with Episode One, “The Vamp Next Door”, starring Foxx (as Dracula) and stepson Lucky Fate as the spirited new neighbors of Katie Morgan and her stepson Joshua Lewis.

Now Episode 2, “Sweet Vampiric Seduction (October 19) spotlights Foxx in all her undead glory to showcase this MYLF of the Month as she lures in the infamous Van Helsing (Donnie Rock), who falls into her trap as his handsome sex slave.

“How We Fuck in the Shadows is a very special Halloween treat in the form of three episodes across three series that finally culminates in one feature film to commemorate All Hallows’ Eve for those that like to stay in and enjoy their own kind of fun on October 31,” said a MYLF studio representative. “Congratulations to Reagan Foxx as October’s MYLF of the Month, who is without a doubt the sexiest Dracula we have ever seen.”

The MYLF Network offers more than 70 premium network series, featuring the most enticing MILFs on the planet – plus a stunning selection of 750+ models and 2300+ movies shot in Full HD and 4K Ultra HD quality. From lighthearted comedies to taboo family relations themes, the hot moms are all HERE!