NASA to Pick Next Generation Spacesuits for Moonwalking, Spacewalking

An illustration of Artemis astronauts on the Moon. Credits: NASA 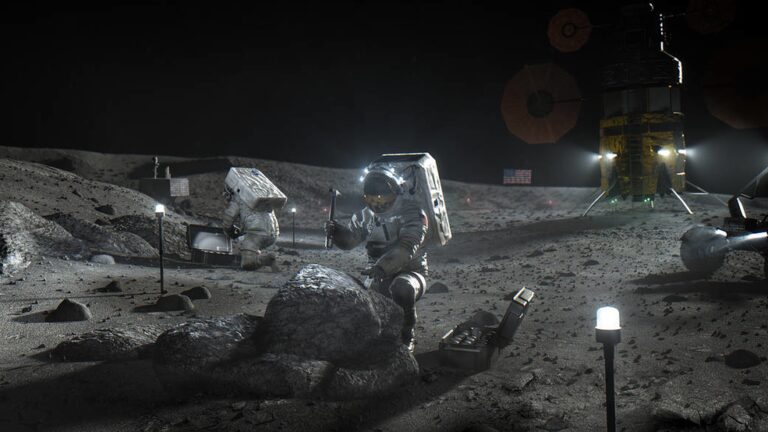 NASA will announce at 2 p.m. EDT (1 p.m. CDT) Wednesday, June 1, the company, or companies, selected to move forward in developing the next generation of spacesuits for Artemis missions at the Moon and the International Space Station during an event at the agency’s Johnson Space Center in Houston.

The announcement will air live on NASA Television, the agency’s website, and the NASA app.

Event participants will include:

Media are invited to attend in-person and hear remarks by key NASA officials involved in the selection followed by a question-and-answer session.

New spacesuits that allow humans to explore the lunar surface and unlock new spacewalk capabilities outside the International Space Station are a critical part of advancing human exploration in space and demonstrating continued American leadership. Under Artemis, new exploration spacesuits, together with human surface mobility systems, the Space Launch System rocket, the Orion Spacecraft, ground systems, Gateway, and human landing systems, will enable NASA to return humans to and establish a long-term presence at the Moon and to eventually explore Mars.

For more information about Artemis, visit:

What the Heck is This Thing Called Sex Tech?