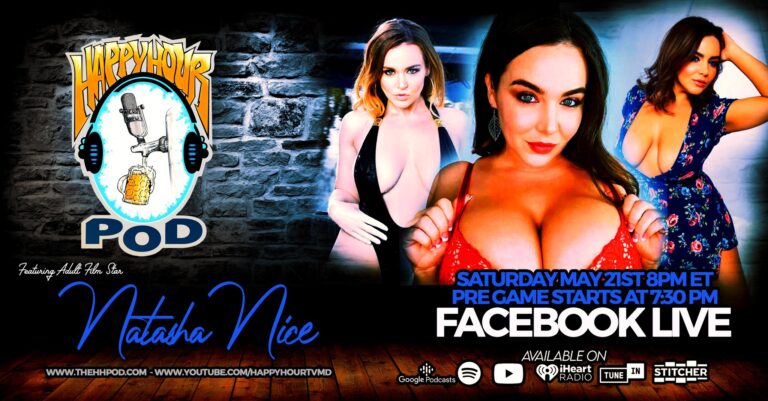 Although Natasha Nice has been featured on multiple Adult Time sites, she’s now made her Modern-Day Sins debut, and it’s a definite must-see scene. “Sticking It to His Bully” has her starring opposite Ricky Spanish, who plays a young man raising money for a local food bank. Natasha is awed by his generosity at such a young age and invites him in. But, after a brief chat, she finds out he goes to the same school as her son, and her son is bullying Ricky. So, Natasha decides to fuck Ricky to teach her son and husband a lesson about respect and treating people right. Plus, she gets to blow Ricky’s mind with her amazing chest and pussy. Directed by Ricky Greenwood, “Sticking It to His Bully” is an Adult Time member-exclusive available at moderndaysins.com/en/video/moderndaysins/Sticking-It-To-His-Bully/199204.

“I’m really happy with the Modern-Day Sins video and I had a great time shooting it. With Ricky Greenwood directing, the chemistry between Ricky Spanish and me, and a script that gets to show off my acting skills, it’s a triple threat. It’s been viewed over 12k times in just a few days, and I think the members are enjoying it. Make sure to let Adult Time know how much you enjoyed it,” says Natasha Nice.

Another place fans can spend some quality time with Natasha this week is on The Happy Hour Podcast. This Saturday, May 21st, at 5pm PST/8pm EST, she’ll join the HHP crew for their live broadcast. They’ll play their version of Cards Against Humanity, Oh! The Humanity, with her and have other fun surprises. There’s a lot to talk about, including Natasha’s recent XRCO Awards win, brand new Modern-Sins scene, Scoreland debut, and newly revamped VIP FanGear store fangear.vip/models/natasha-nice with new merch additions. Tune in to the live show Friday night at youtube.com/happyhourtvmd. If you miss the original broadcast, it will be available next week on Spotify, Google Podcasts, iHeart Radio, TuneIn, Stitcher, YouTube, and the HHP website thehhpod.com.