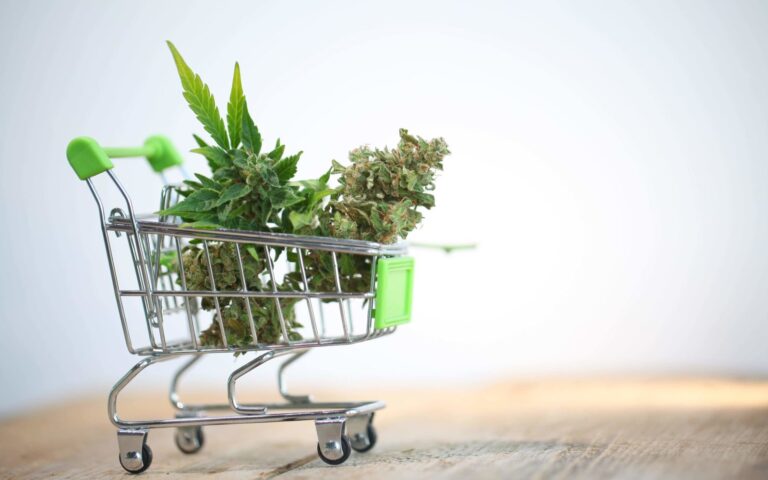 New Jersey state officials announced this week that purchases of recreational cannabis hit $24 million in the first month of sales, despite only a dozen stores being licensed to sell adult-use cannabis. The New Jersey Cannabis Regulatory Commission, the state’s marijuana regulatory agency, also revealed on Tuesday that six more dispensaries will be authorized to sell recreational cannabis soon, increasing the number of retailers statewide by half.

“It’s really only a beginning, and I think it shows that there’s a lot of growth left in this market,” said Jeff Brown, the commission’s executive director.

New Jersey voters approved a referendum to legalize recreational cannabis in 2020, and state lawmakers approved legislation to regulate the state’s adult-use market in August 2021. On April 11, the commission announced that it had authorized seven companies to begin sales of recreational pot at a total of 13 dispensaries. On April 21, sales began at 12 of the locations, with the last launching adult-use cannabis about two weeks later.

At a meeting of the commission on Tuesday, officials said that the first month’s sales total of $24 million will surely increase as more licensed businesses begin operations.

“We do anticipate that this will ramp particularly as new dispensaries are approved, new cultivators are approved, and a lot of the conditional applicants that we have approved are able to come back and convert to annual licenses and begin operating,” Brown said.

“With only twelve operational adult-use dispensaries open, New Jersey has already seen $24 million in sales—a strong indicator of incredible potential as more adult-use retailers are approved,” Ali wrote in an email to High Times. “At the current rate of adult-use demand, we project to almost double our store traffic per month.”

Considering that New Jersey adult-use sales are projected to reach $2.4 billion by 2026, we know that this is only the beginning,” Ali continued. “To accommodate this increase in foot traffic, The Botanist in Williamstown and Egg Harbor Township have both proactively hired talent and anticipate increasing staff by 25%. We are excited to see labor and economic opportunities take off in New Jersey as we enter a new era of cannabis legalization.”

Jane Technologies, a cannabis e-commerce platform, reported that cannabis flower generated 49% of New Jersey’s recreational pot sales between April 21 and May 21, while 10% of sales were rung up for pre-rolled joints. On the day of launch, adult-use cannabis accounted for 86% of the state’s total pot sales, with only 14% going to medicinal cannabis.

Cannabis market data analyst Headset reported that based on the first week of sales in the Garden State and data from other states, New Jersey’s total annual cannabis market size is estimated to be worth between $1.3 billion and $2.9 billion.

The Cannabis Control Commission also reported on Tuesday that it had approved new licenses for cannabis businesses, including authorization for six dispensaries to begin sales of recreational weed soon. Regulators issued approval for three stores to be operated by Ayr Wellness, and one each for Ascend and TerrAscend.

“We are thrilled to be approved for adult-use sales in New Jersey and to have all three dispensaries cleared simultaneously to open for adult-use,” Jonathan Sandelman, founder and CEO of Ayr, said in a statement from the company. “To date, Central Jersey has the lowest number of dispensaries per capita, leaving its population under-served compared with the rest of the state. New Jersey is expected to become a highly influential state for the U.S. cannabis industry, and we are honored to help shape the market landscape from its early stages.”

The commission also approved licenses for 46 smaller cannabis cultivators, retailers, and manufacturers, bringing the total of such enterprises approved by New Jersey regulators in recent months to 148. Most of the businesses, however, will take up to a year or more to begin operations.