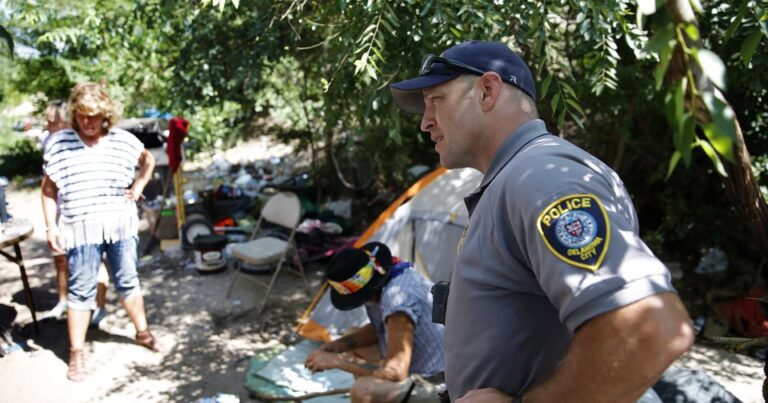 OKLAHOMA CITY (KFDX/KJTL) — File this one under “wait, there’s a law for that?”

A new bill on the floor of the Oklahoma Senate would make it illegal to give pornography to a homeless person.

The latest version of Oklahoma’s Senate Bill 1522 would make it illegal to knowingly give “obscene material” to a vulnerable person, which includes someone who is homeless.

The bill was originally introduced on January 20, 2022, during the 2nd Session of the 58th Legislature of Oklahoma’s Congress.

he bill was amended in April and then sent to a conference committee for further revisions.

On Thursday, May 12, the amended bill was read before Congress with a vote forthcoming.

The exact text of Section 1040.75, Subsection 2, Paragraph D (found on page 3 of the bill) states the following:

“…any adult that knowingly gives obscene material to a vulnerable person, which shall include, but not be limited to, a person with intellectual or developmental disabilities or a person experiencing homelessness;”

The text of the bill defines “obscene material” as “any description, exhibition, presentation or representation, in whatever form, of nudity, sexual conduct, sexual excitement or sadomasochistic abuse.”

The bill defines nudity as meeting one of the following three criteria:

“Material” can mean many things, including, but not limited to, the following: