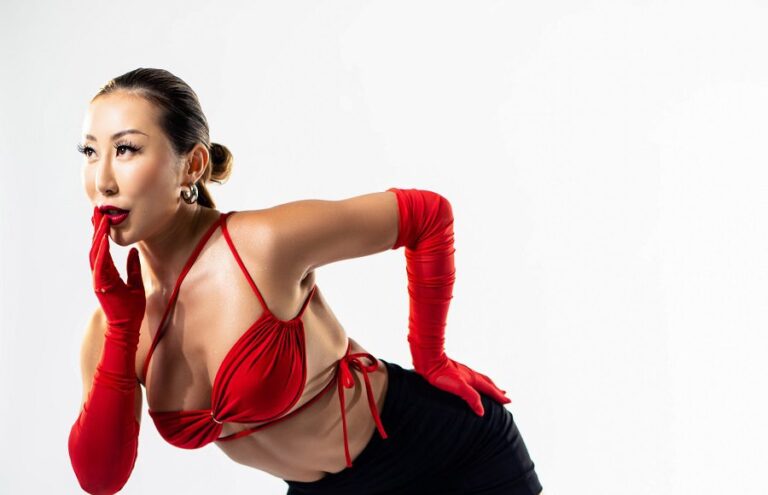 (Los Angeles, CA / October 7, 2022) — Life is sweet for Nicole Doshi, as the sexy starlet has been officially named as Twistys Treat of the Month for October 2022.

The petite Chinese dynamo, who has captured the fancy of adult film fans after only a year in the business, is celebrating her Twistys triumph with the fresh release of her stylish debut scene for the lesbian brand, “Strike a Pose”.

“I was so surprised to find out that I was chosen as October’s Twistys Treat of the Month, and excited to shoot my first showcase scene for the studio,” said Doshi, who strikes a series of lithe and limber poses for the shoot against a picturesque city skyline backdrop.

“This year has been the most amazing year so far for me personally, and I am so grateful to Twistys, my fans and this industry that has been so warm and welcoming. Thank you so much for this honor.”