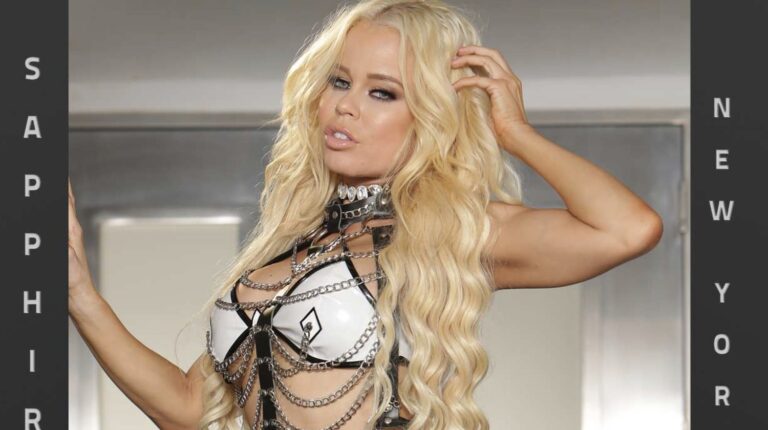 Share
Facebook Twitter LinkedIn Pinterest Email
(Los Angeles, CA) This Saturday night, award-winning Latina adult superstar, radio show host, and one of the most sought-after feature entertainers, Nikki Delano, is returning to New York’s infamous gentlemen’s club, Sapphire 60. And she’s ready to hit the main stage for a very special midnight show.
Nikki Delano is back in her hometown and is headlining this Saturday, July 16th, a t Sapphire 60 on NYC’s Upper East Side. Her East Coast fans and club patrons can see her hit the stage for a special midnight show. Additionally, they can meet the superstar, snap a selfie with her, buy exclusive merch, and/or get the ultimate Nikki Delano experience by purchasing a VIP lap dance. She will also have both of her Fleshlights, Fantastico and Fuego, for sale and will autograph them.
“I’m excited to be back in my hometown and can’t wait to see my East Coast fans! I love appearing at Sapphire 60 and hitting their main stage. It’s always a great night, and it sells out fast. So make sure to make a reservation, go VIP, or get there early to guarantee you get in and have the best seats in the house,” says Nikki Delano.
The fun starts at 10pm and goes until 4am. Sapphire 60 is located at 333 East 60th Street in New York City and is connected to Primal Cut Steakhouse. The premier strip club is 21 and over with ID. For reservations, visit nysapphire.com/NY-Sapphire-Reservations.html or call 212.421.3600. To find out more about the event and/or to book Adult Star and VIP packages, go to nysapphire.com/NY-Sapphire-Adult-Star-Nikki-Delano-Live.html.
Get Nikki on the stage of your gentlemen’s club by booking her through the Lee Network. Go to theleenetwork.com and click on “Contact Us” to reach her agents. Or visit Nikki’s page  theleenetwork.com/models/nikki-delano and use the booking form there.
To interview Nikki Delano for your site, publication, or show or book her for mainstream projects, contact Erika Icon of The Rub PR at erika@therubpr.com.
ABOUT NIKKI DELANO
Exotic bombshell Nikki Delano is a fireball and a mix of Puerto Rican, Colombian, and Italian. The luscious Latina is an international cover model featured in a six-page spread in Maxim, as well as Lowrider Magazine, Cosmo Latina, Hustler, and Playboy’s Top 50 Porn Stars on Instagram. 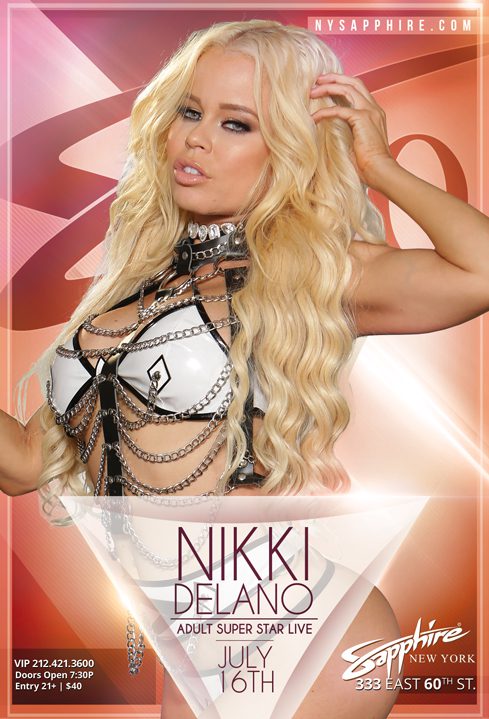