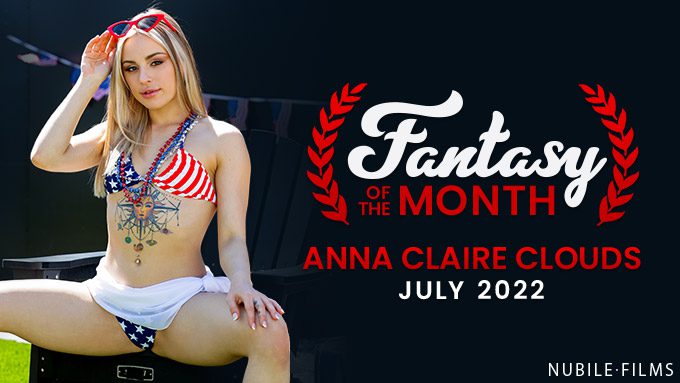 Share
Facebook Twitter LinkedIn Pinterest Email
(Los Angeles, CA) Nubile Films has announced its July Fantasy of the Month and have tapped gorgeous blonde spinner Anna Claire Clouds for the honor.
Previously the NubilesPorn.com April Flavor of the Month, Anna Claire Clouds has scored another impressive title, and that’s Nubile Films’ July Fantasy of the Month. A member favorite, the all-natural blonde, uses seduction to her advantage in her newest showcase scene. Roommates Will Pounder and Quinton James are preparing for a Fourth of July barbeque. Wearing a holiday-themed bikini, Anna strolls into the kitchen for a snack. After dripping watermelon juice down her chest, Quinton helps her clean up. Then Anna turns to Will and asks him to help her put lotion on before the party guests arrive. After Anna crawls onto the bed, she spies Quinton in the doorway and invites him to join them. Anna lifts her bikini top and removes her bottoms so they can rub lotion all over her. After the guys drop their trousers, Anna simultaneously strokes them both, letting them know she wants a threesome. She lays on her back, and Will orally pleases her while she blows Quinton. The guys take turns fucking her and being sucked off until all three reach their limits. The tryst ends in a creamy finish on Anna’s belly and in her mouth. 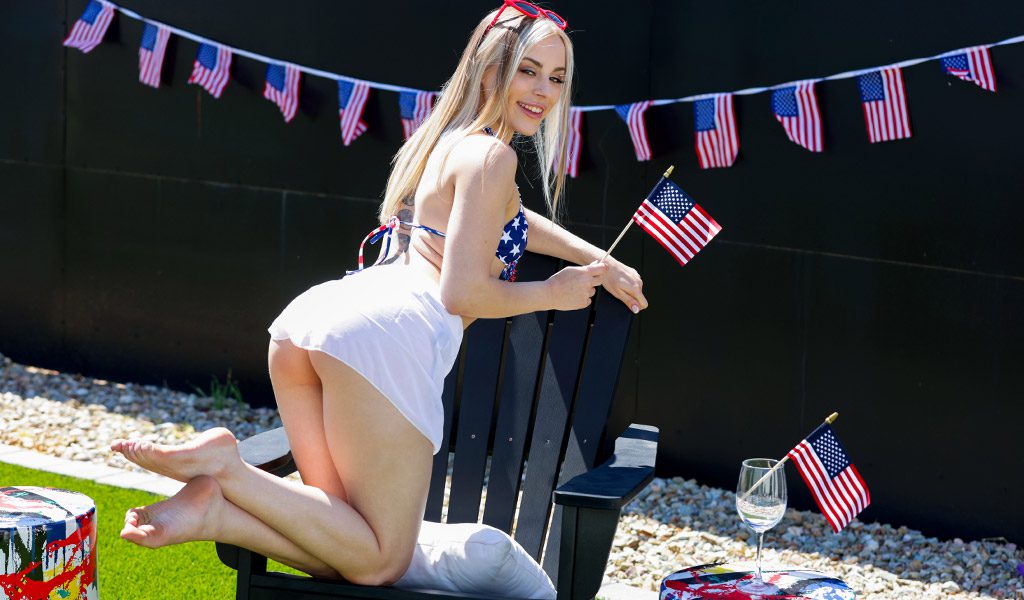 “I love working for all of Nubiles’ sites and am honored to be Fantasy of the Month. It’s always a great day on set, especially when you have two hot guys willing to do anything you ask. I definitely saw fireworks while we filmed the sex part of the scene,” says Anna Claire Clouds.
“Another great scene for Anna, and our members will be thrilled. She’s one of our most requested models, and they can’t seem to get enough of her,” says Belinda, Nubiles Affiliate Manager.
Watch the trailer and member-exclusive for “July 2022 Fantasy of the Month – S3:E6” and Anna’s previous scenes at nubilefilms.com/model/profile/15159/anna-claire-clouds. 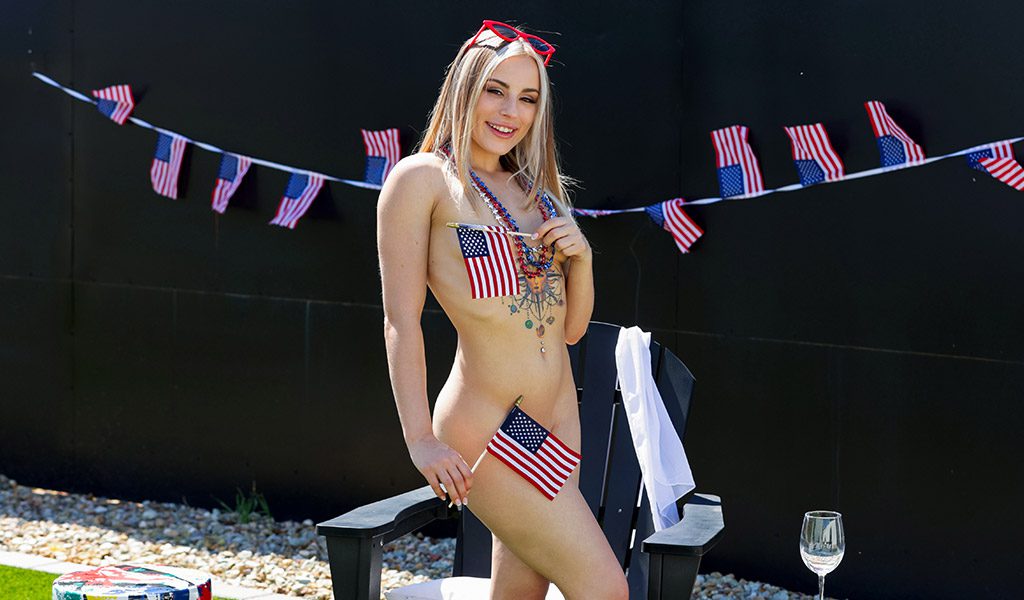