NYC Mayor Adams vows to not be ‘heavy-handed’ on illicit weed sales: ‘Enjoy yourself, light up’ 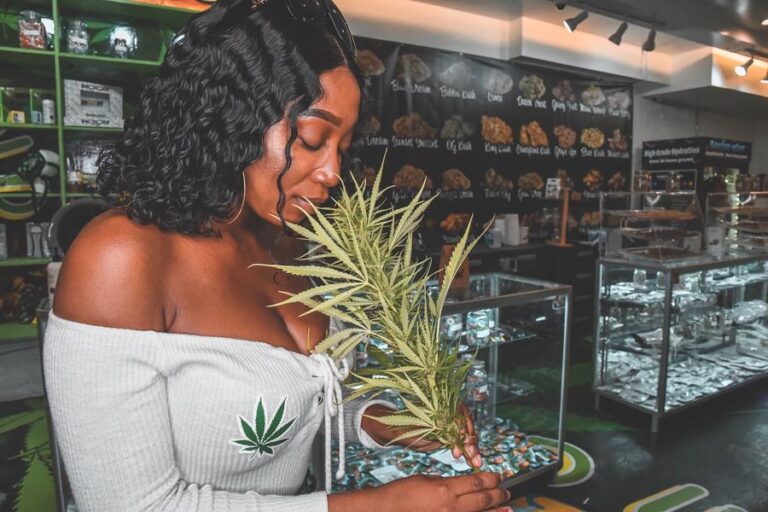 Mayor Eric Adams promised Friday to not take a “heavy-handed” approach toward those who sell marijuana illicitly in the city and gave New Yorkers his blessing to smoke more pot.

While New York legalized recreational weed use last year, the licensing system that’s supposed to regulate cannabis sales isn’t expected to kick off until late 2022 — and Adams said Friday afternoon that he doesn’t see a need for cracking down on anyone caught dealing ganja out of stores or on the street in the interim.

“There needs to be a system of not heavy-handedness, but going in and explaining to that store that, ‘Listen, you can’t do this,’ give them a warning,” Adams told reporters while attending a cannabis industry expo at the Javits Center in Manhattan.

Instead of fining or arresting weed peddlers, Adams said he wants the city to help steer them toward the soon-to-launch legal market. He also noted that he earmarked $5 million in his executive budget proposal for providing support to New Yorkers on applications for recreational pot sales and cultivation licenses.

If someone refuses to get in line after receiving a slap on the wrist for illicit weed pushing, though, “some form” of enforcement may be warranted, Adams said.

“If they refuse to adhere to the rules, then you have to come back and take some form of enforcement actions, such as a summons, such as, you know, talking about their ability to sell alcohol,” he said.

The Cannabis World Congress and Business event that Adams attended featured dozens of entrepreneurs who showcased marijuana products and held panel talks about the economic potential of the cannabis industry.

In a speech at the expo, Adams joked that he was “a bit disappointed” that there wasn’t “a nice scent of weed” in the room and encouraged attendants to get high.

“Enjoy yourself, light up, but most importantly, spend some money. We want your money,” he said.

A man in the crowd reacted to Adams’ remark by saying he would head outside for a joint. “The mayor told us we can do it!” the man quipped.

Asked after the speech if he ever smokes marijuana, Adams only laughed in response.

Since taking office, Adams has lauded legal cannabis as being a potential cash cow for the city. In April, he floated the idea of installing marijuana greenhouses on top of NYCHA buildings and hiring residents to tend to the crops.

Once the state’s licensing system is up and running, New York stands to generate more than $1.25 billion in marijuana tax revenue alone over the next six years, according to Gov. Kathy Hochul’s administration.

But as the state has worked to get the licensing mechanics off the ground, unlicensed weed-selling operations have cropped up at an increasing rate in the city this year. In and around Times Square, for instance, there are usually a half-dozen brightly colored trucks hawking joints and edibles on any given day, and, with marijuana possession now legal, police largely look the other way to the open pot market, as recently reported by the Daily News.

Adams said there must be a focus on getting illicit dealers to enter the legal recreational bud system.

“We need to incentivize those who have their illegal trucks or have the trucks going on to show them that this is a better pathway,” he said. “The goal is to not leave people behind.”