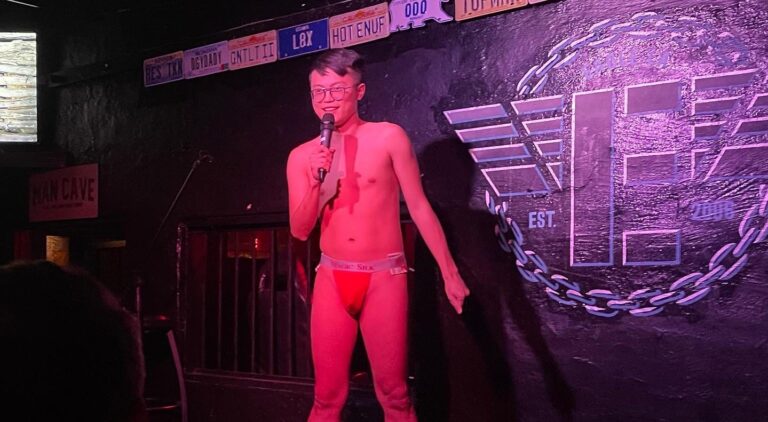 (Hollywood, CA) Taiwanese-born award-winning adult film director for Delphine Films Bloomer Yang goes by Oliver Wong when he does comedy and his hit podcast, “Get Intimate with Oliver Wong.” And this Thursday night, he’s one of the featured comedians at Comedy Night with Craig Applebaum in Palm Springs.

Don’t wait until Christmas to get a few ho-hos and ha-has in. This Thursday, December 22nd, Oliver Wong will be doing his stand-up at Comedy Night with Craig Applebaum at Quadz Video Bar in Palm Springs. Oliver will try out new material and deliver some of his classic comedy. The host, Craig Applebaum, and fellow comedians Ruth Brandt, Kim Clevenger, and Dacoda Miracle will join Oliver on stage. The laughs start at 7pm and will go on until late.

“I’m excited to take my comedy on the road and entertain in Palm Springs. So, if you’re in the area or planning on it, you definitely want to stop by Quadz. I promise to make you laugh a lot and it’s a great way to start the holiday weekend,” says Oliver Wong. 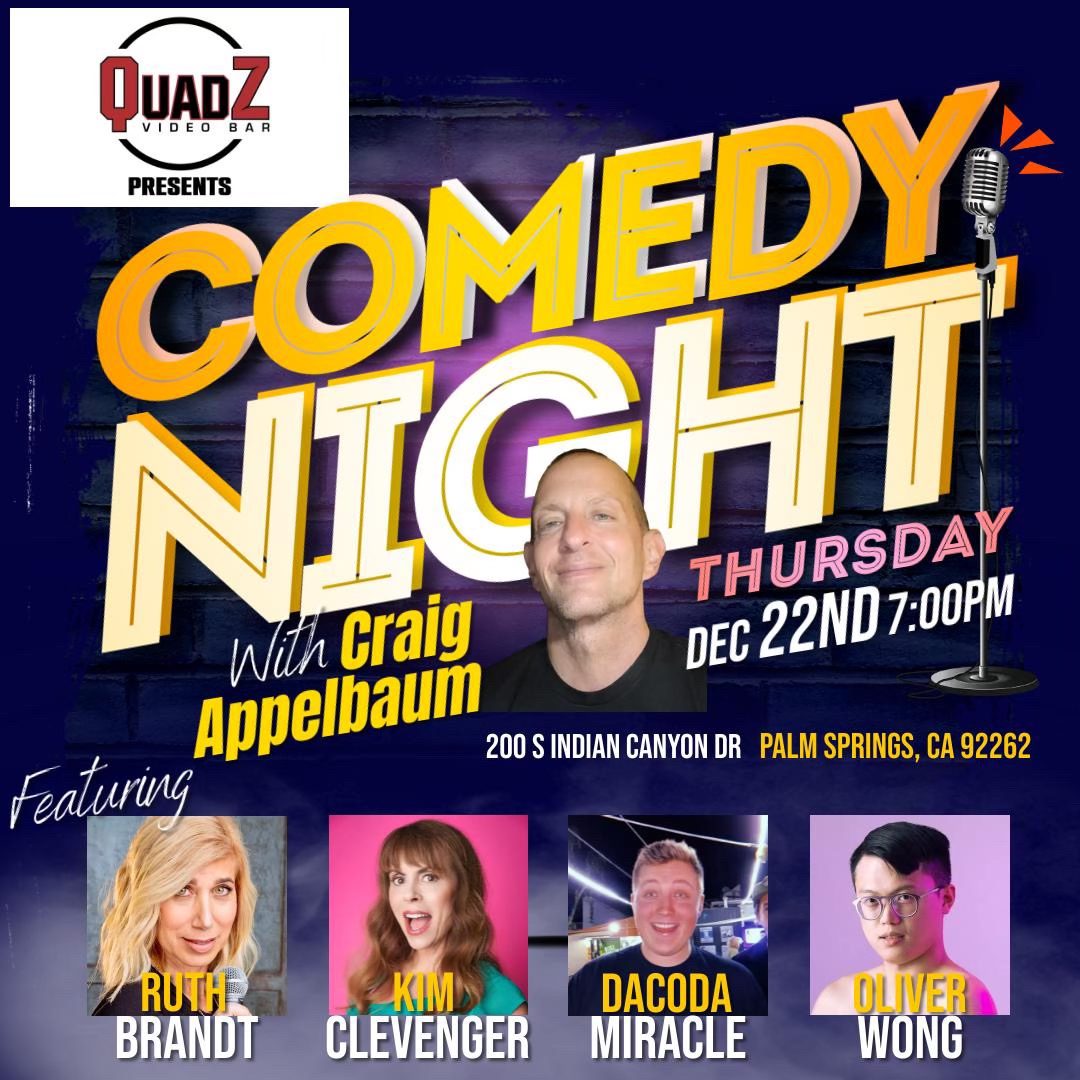