OnlyFans Star ​Cami Strella Reveals the Highs & Lows of Joining a Cult: “I Was Forced into Celibacy” 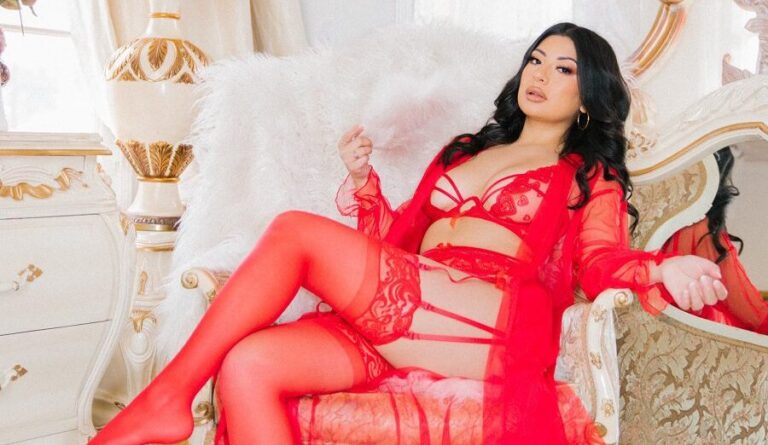 (Los Angeles, CA / January 18, 2023) — Cami Strella has seen a lot in her twenty-something years of life, but joining a Multi-Level Marketing (MLM) business-based scheme, which ran its practices like a strict religious cult, still stands out as her most indelible learning experience to date.

“This particular network marketing scheme operated on recruiting people to recruit others in order to directly sell products that may or may not be effective, and I would describe it as being the opposite of NXIVM, the notorious organization that brainwashed young women into becoming sex slaves,” she says of the experience.

“I was ordered to approach at least five people a day and have them meet with me over coffee so I could pitch our business, then give them a book to read. If they read the book by our next meeting within the week, it was a green light; if they didn’t, I moved on. I was trained to seek out the most desperate and vulnerable with the goal of retiring early by recruiting enough people to financially support ourselves. I found that same happy ending in adult entertainment… no pun intended!

“My brother recruited me in 2017, but I soon learned just how extreme my mentors were. Being around entrepreneurs and so much money really dazzled me; I gave up absolutely everything to pursue this, as I was inspired by all of the cars, private jets and travel my mentors participated in. After surviving a physical attack that nearly ended my life, that was the straw that broke the camel’s back. I packed my things, sold my car and moved far, far away.

“It’s funny how outsiders tend to look down on the adult industry and deem it ‘unsafe’ and ‘exploitative’, but I’ve only ever felt unsafe with people outside of the industry. As awful as this situation was though, I got quite the education in those two years; I learned everything I now know about business, development and finance through this organization. If I hadn’t joined this cult, I wouldn’t know what I know now about running a business!”

​To learn more about Cami Strella, find and follow her socials:
CamiStrella.com
IG: @ @camistrella
OnlyFans: @camistrellaxxx (No PPV)
Twitter: @thecamistrella
Discord.com
OnlyFans: @camistrella (free)
​Fansly:  @camistrella
ABOUT CAMI STRELLA:
Cami Strella is an independent adult content creator that has worked in the adult industry since 2018, kicking off her career as a gentlemen’s club cocktail waitress before taking the stage as an exotic dancer; she began camming in 2019, then creating content in 2020 to pay her way through school in her quest to pursue an education in the neuroscience field.
She studied Occupational Therapy with a focus in neurology and neurological rehabilitation, as she was inspired to help veterans with injuries and PTSD, and took a particular interest in addressing sexuality in the medical field and educating other clinicians and doctors on how to navigate these conversations with patients.
In October of 2021, several of her classmates found out about how she was making ends meet and she was asked to leave her program. Cami now dedicates her time – and 10% of her monthly earnings – to creating content and using her platforms to raise awareness and funds for causes around mental health, PTSD and TBIs (traumatic brain injuries), particularly for military veterans.
Strella currently sits among the top 0.1% of OnlyFans models with thousands of passionate subscribers, and the petite brunette of Peruvian/Scottish ancestry primarily shoots POV with her partner, Lev Lieben, who assists her in shooting her racy creative content, which includes solo, boy-girl, girl-girl and group/orgy videos.
# # #
Media Contact: Brian Gross, BSG PR, 818-340-4422. Brian@bsgpr.com
​Cami Strella Celibacy Joining a Cult OnlyFans
Share. Facebook Twitter Pinterest LinkedIn Tumblr Email
Previous ArticleValentina Bellucci Sets Her Sights on Los Angeles January 23-30, Available for Production Opportunities
Next Article Dr. Lori Beth Bisbey Shines a Light on Post-Coital Dysphoria