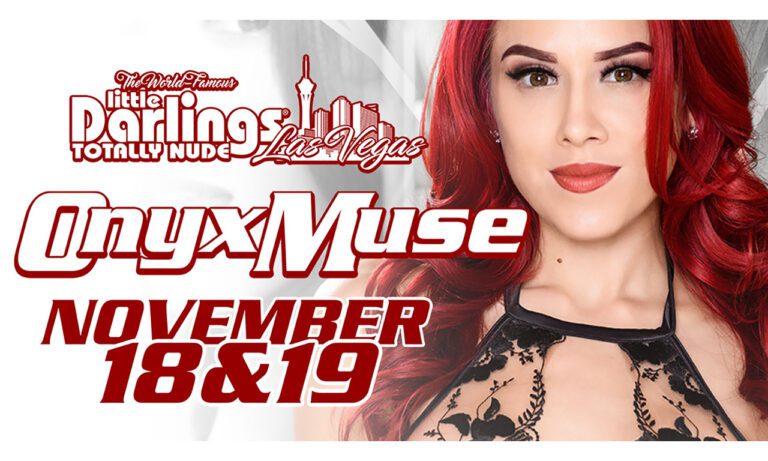 Share
Facebook Twitter LinkedIn Pinterest Email
(LAS VEGAS, Nev. / November 17, 2022) — Onyx Muse is pleased to announce that she be the feature entertainer at the World-Famous Little Darlings gentlemen’s club in Las Vegas, performing two shows nightly this Friday and Saturday, November 18 – 19.
“I am thrilled that my latest feature dance show are in my adopted home town of Las Vegas,” the petite knockout said. “For this appearance, I have spent hours training and rehearsing my dance performance and pole skills and adding creative flourishes.
“Also, this week couldn’t be set at a better time for my appearance as it coincides with the Super Bowl of Cannabis — the MJBiz Conference in Vegas — which is amazing,” said the dedicated cannabis advocate. “So many of my friends with notable brands in a variety of markets are in town for the event and now — as a plus — can come see my shows. They have also been wonderful in helping me with merch products for my meet and greets.”
This week, Muse’s show, Green Room Radio will feature fascinating guests from the cannabis industry as well as promote her Little Darlings engagement. “The excitement to be able to utilize my resources here in my city of Las Vegas is beyond incredible.”
Each night after her dance performances, fans will be able to get an autograph or picture with the charming star, as well as purchase some of her keepsake collectible merchandise. 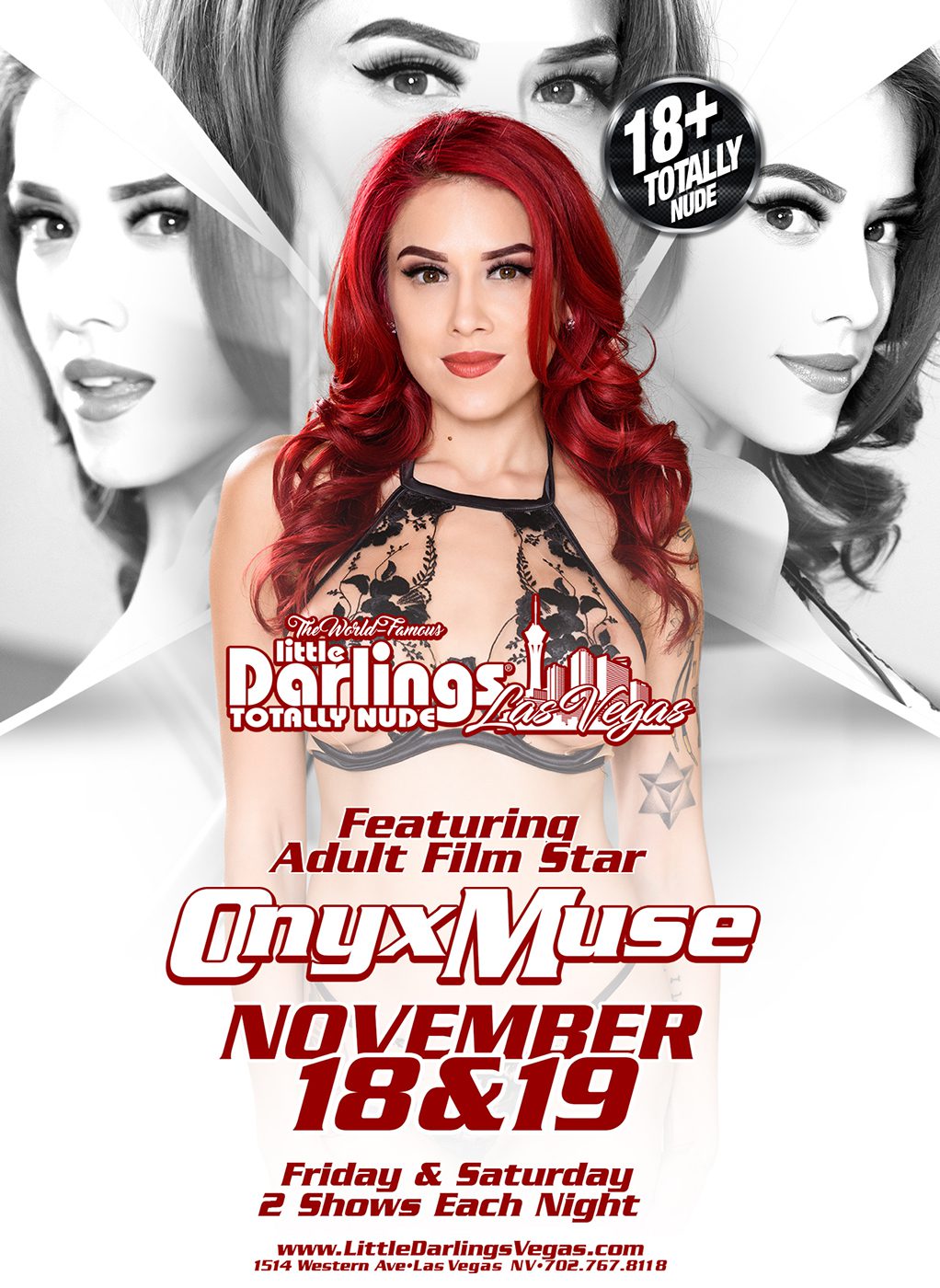 Find about more about the club’s amenities, VIP packages, and free transportation to the night spot, or download a VIP Pass for Vegas locals at littledarlingsvegas.com/stripclub or call (702) 366-1141.

Little Darlings is located at 1514 Western Avenue in Las Vegas.

About Onyx Muse:
Petite Texan Onyx Muse moved to Los Angeles in 2014 to join the local rave scene and build a business as a booking rep for Hollywood nightclub go-go dancers. A natural performer herself, as well as a striking beauty, Muse found additional success as a go-go dancer and later, a stripper, making multi-day visits to Las Vegas, New York, and other lucrative hubs for exotic dancers.
When the adult film industry came calling, her glamour girl looks led to roles in productions for Digital Playground, Naughty America, New Sensations, MRG Entertainment, Cherry Pimps, and others.  In 2015 she made her feature dance debut at San Francisco’s Crazy Horse, and eventually joined the roster of stars at The Lee Network, the world’s premier agency for feature dancers.
Today, Muse is also a successful entrepreneur, cannabis advocate and co-host of Green Room Radio ( https://thegreenroomradio.podbean.com ).
She resides in Las Vegas.
About The Lee Network:
Since 1989, The Lee Network has been the premier source for adult film stars, having played a leading role in shaping the feature entertainment business of the gentlemen’s club Industry around the globe. From legends of the past to stars of today, including Joanna Angel, Cherie DeVille, Jill Kassidy, Jillian Janson, Nikki Benz, Sarah Jessie, Elena Koshka, Alison Rey, Teal Conrad, Natalia Starr and Brenna McKenna, to top magazine models, showgirls, mainstream celebrities, and reality TV stars, no other agency can boast of such a star-studded lineup.
The company’s resources are unmatched, and its clients rank among the very best, most well-established and respected club owners and managers in the business — many of whom have worked with The Lee Network for over 15 years!
For a complete list of talent represented by The Lee Network, visit its official site: TheLeeNetwork.com.
Contact:
Michael Whiteacre
HoneyHouse PR
PR@HoneyHouseXXX.com
775-742-8425
Twitter: @HoneyHousePR
#  #  #
Las Vegas Little Darlings MJBiz Con Onyx Muse
Share. Facebook Twitter Pinterest LinkedIn Tumblr Email
Previous ArticleKiki Klout Heads to Tijuana for One-Night Feature at Déjà Vu Showgirls
Next Article The Rub PR WINS Best Public Relations Firm from 2022 ASN Awards