Professor Casca Akashova Gets Naughty in the Classroom in Latest Release 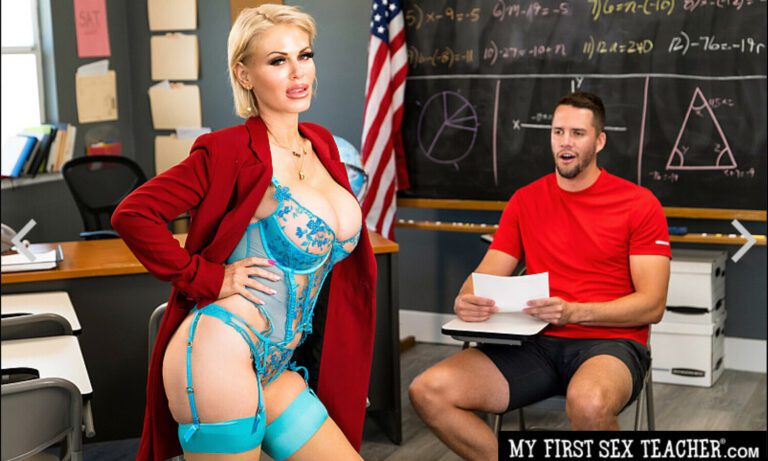 Share
Facebook Twitter LinkedIn Pinterest Email
(MIAMI, Fla. / July 7, 2022) — Adult Star and International Playboy model Casca Akashova heats up the summer months playing a professor with a thing for tall students at Naughty America’s ‘My First Sex Teacher’ sub-site.
In the new release, Akashova is a science professor who has a theory that tall guys have tall cocks. She puts that theory to the test with pupil Dan Damage, and finds out that her theory is consistent with the real world evidence — she can barely fit him inside her tight hole!
“Timmy, who made a daring escape, also made a mistake by paying the taxi driver with a check made of toilet paper,” Akashova remarked, quoting author Janet Frame.
“So in other words for this scene: don’t be useless in my class … cum prepared.  I have a lot of theories that need proving.”
View the NSFW trailer for “Big Tit Blonde Casca Akashova Gets Naughty in The Classroom” here (https://www.naughtyamerica.com/scene/mfst-cascadan-31228 ).
For more information follow Naughty America on Twitter: @NaughtyAmerica
Find Dan Damage oin Twitter: @DanDamageX
View a directory of all Casca Akashova’s racy Naughty America scenes here.