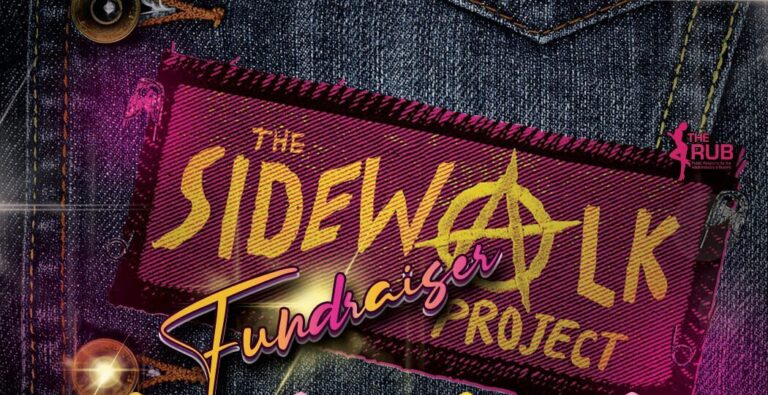 Share
Facebook Twitter LinkedIn Pinterest Email
(Hollywood, CA) This Thursday night, multi-award-winning French Canadian adult director and writer Ricky Greenwood and The Sidewalk Project are joining forces to raise money for a good cause. They’re throwing an industry red carpet event at Dragonfly in Hollywood this Thursday, August 25th.
The industry is invited to a red-carpet event on Thursday night to support The Sidewalk Project at Dragonfly. It will be one of the biggest events this year, hosted by Lilly Bell, Ana Foxxx, Charlotte Stokely, and Vicki Chase. The red carpet is from 10pm to midnight, and the party goes on until 2am. There will also be a DeLeon Hosted Bar 10pm to 11pm, so definitely arrive early!
Attendees are encouraged to buy pre-sale tickets at thesidewalkprojectparty.eventbrite.com so The Sidewalk Project can receive 100% of the proceeds. In addition, if you want VIP bottle service, pre-order so the charity can receive a percentage—text Jamie Barren at 310.749.9029 to reserve your table and libations. Tickets will also be available at the door.
If you can’t make it to the event and/or would like to donate to The Sidewalk Project, visit their GoFundMe at gofund.me/a63a22d8. Generous donors have already given over $2k. This and ticket sales will help them continue to offer community and wellness services to the unhoused.
“Pre-sale ticket sales have been phenomenal, and so has the outpouring of those who have donated to the GoFundMe. The Sidewalk Project offers some great services, and we want to help keep that going. We’re excited for such a fun event and hope everyone comes out and joins us,” says Ricky Greenwood.
Attendees are encouraged to dress to impress, and the venue has a dress code, which can be viewed at dragonflyhollywood.com/dress-code. The event is 21+ with ID. Dragonfly is located at 6510 Santa Monica Blvd. in Hollywood. Valet, street, and lot parking are available.
To interview Ricky Greenwood for your site, publication, or show, contact Erika Icon of The Rub PR at erika@therubpr.com.
ABOUT RICKY GREENWOOD
In 2017, French Canadian adult director and writer Ricky Greenwood started in the industry with a push from Mile High Media Vice President John Blitt, who has always been a genius when it comes to spotting true talent. Ricky came from a mainstream background working in television, reality TV, documentaries, feature films, and shorts—all this prepared him to take over the adult industry in the last four years.
The multi-award-winning director and writer is known for his story-driven feature films, like Confessions of a Sinful Nun 2: The Rise of Sister Mona, Terror Camp, Talk Derby to Me, and Killer on the Loose. Over the past three years, he’s become known as a multi-faceted director that works in the straight, gay, trans, and lesbian realms, and has worked with top-shelf studios like Sweetheart Video, TransSensual, Icon Male, Marc Dorcel, Adult Time, AllHerLuv, and MissaX. Ricky has won multiple XBIZ Awards for All-Girl Movie of the Year, Best Editing, and Director of the Year — Trans three times, Director of the Year from the AVN Awards and Best Lesbian Movie or Limited Series, Best Girl/Girl Release from the Urban X Awards, Best Ruining Xmas for Adult Time’s The Bargain from the Bazowie Awards, and Best All-Girl Release Editor’s Choice and Best Feature Production Fans’ Choice from the NightMoves Awards, and “The Bargain” snagged him Best AltPorn Feature Video from the AltPorn Awards and Best Ruining Christmas from the Bazowie! Awards. He’s also received over 300 award nominations for his directing, scenes, art direction, screenplays, cinematography, and editing in all the genres he works in from AVN, XBIZ, TEAs, Fleshbot, NightMoves, XCritic, Urban X, XRCOs, and Inked Awards. In 2021, Ricky was interviewed by Hustler in a piece that captures the iconic director in his element, and again in 2022 in a piece that mixes horror and adult content.
Ricky is one of the hardest-working men in adult and loves to give his audiences a glimpse into the projects he’s working on from start to finish in photos on his Twitter @RickyGreenwoodX and Instagram @x_ricky_greenwood_x. You might also see more than a few adult performers you know in his timelines and posts.
Ana Foxxx bottle service Charlotte Stokely DeLeon Hosted Bar Dragonfly GoFundMe hollywood industry fundraiser Lilly Bell pre-sale tickets red carpet ricky greenwood the sidewalk project Vicki Chase
Share. Facebook Twitter Pinterest LinkedIn Tumblr Email
Previous ArticleBree Mills Discusses Her Career, Industry Changes, Diversity on The Lisa Ann Experience Podcast
Next Article Elevated X Joins Pineapple Support As Supporter-Level Sponsor