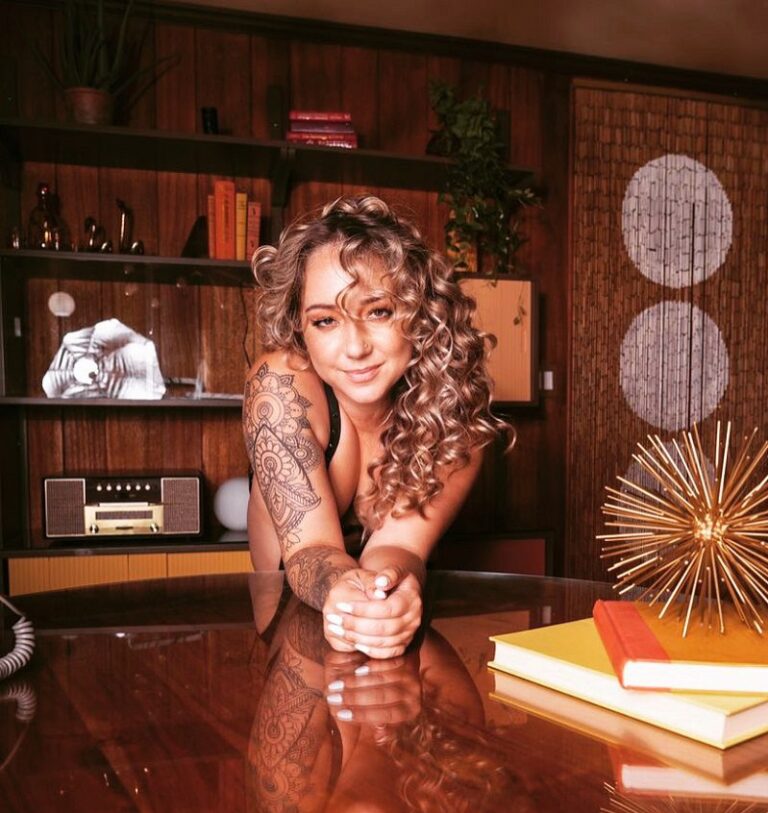 The six-way showcase scene – nurtured over the course of a year with the guidance of the studio’s Creative Director, Jacky St. James – was shot in July, and afforded LaCroix, in true Bellesa fashion, the opportunity to direct, cast supporting talent and retain creative control of the production.

LaCroix, who took a six-year break from filming studio productions to decompress and savor family life in Northern California, has been keeping her devoted fan base happy as an independent content creator for OnlyFans, but says that now is the right time to get back into shooting films.

“I started in this business nearly 11 years ago, and after some starts and stops, and being a few years older and wiser, I now know what I want creatively as a performer,” she says. “I truly missed being on set with everyone, and in addition to performing, I am learning how to direct, produce, cast and schedule as Jacky’s apprentice at Bellesa. From there, who knows? For the first time in a long time, I can’t wait to see where the future takes me.”

OnlyFans.com/remymeow
Twitter.com/remylacroixxxxx
Instagram.com/jamaicanjan_sun_princess
Snapchat.com/add/remylacroix
TikTok.com/@remylacroixtiktok
ABOUT REMY LACROIX:
Remy LaCroix is, at long last, ready for her close-up. The California born & bred model, content creator and adult film star has come into her own as a cototient, dynamic onscreen performer after 11 years – give or take a few years – in the business.
Growing up, the petite (5’2″) brunette beauty of German, Filipino, and Portuguese descent had a passion for creative pursuits. A member of her high school choir, LaCroix was a self-described ‘theater kid’ who had a special talent for dancing – fire dancing, aerial silks, and hula-hooping, in particular – which earned her performance gigs at music and cultural festivals such as Burning Man.
Upon graduation from San Francisco State University, armed with a Bachelor’s Degree in Molecular and Cellular Biology, LaCroix contemplated her next move, which turned out to be answering an ad for Kink.com looking for models. Soon after, she was shooting her first gangbang scene for the company, which led to non-stop shooting for the industry’s top studios before taking a break in mid-2012. By November 2012 she was back – just in time to pick up two AVN Awards in 2013, including Best New Starlet, and the XRCO Award for New Starlet of the Year. In 2014, LaCroix received three AVN Awards, including Best Actress for New Sensations’ Temptation of Eve.

While honored by the many accolades and award nominations, LaCroix took another hiatus in 2016, choosing to spend time with family and get out of the public eye for a while. Fans could still find her, however, on her popular OnlyFans page, where she, not surprisingly, is currently sitting pretty among the .04% of top earners.

Now back in the saddle as a star performer in 2022, LaCroix now has her sights set on making a name for herself on the other side of the camera as well. In September, she marked her triumphant return with the release of Bellesa showcase title “Remy’s Back with a Bang”, and is set to begin apprenticing with the company’s Creative Director Jacky St. James to get an in-depth education on the production side of filmmaking.