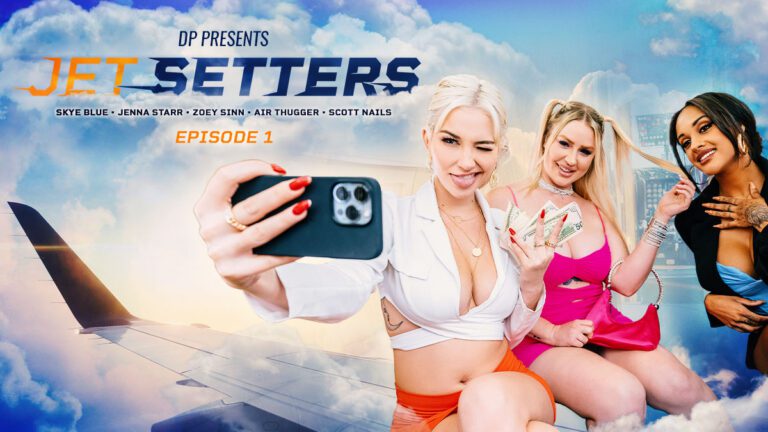 Digital Playground has a new series, and the first episode is now available. “Jet Setters” stars Skye Blue (as Heather), a hot blonde influencer who loves the finer things in life. But Skye is also the leader of a team of sexy jet-setting con artists (Jenna Starr, Zoey Sinn, and Alexis Tae). These ladies know exactly how to reel in rich guys and take them for everything they’ve got. Episode 1 has Skye, Jenna, and Zoey on a private jet, flashing money and getting ready to take a new mark Brent (Scott Nails). Brent arrives, and Skye seduces him, while Jenna and Zoey make out. All the action stops when Brent’s biz partner Andre (Air Thugger) boards the plane. The friendly skies get even friendlier when Skye and Brent return to where they left off, and Andre hooks up with the other two girls. Brent doesn’t realize Skye is filming their encounter and that it will end up in the hands of his wife, former con artist-turned-businesswoman Maxine (Cherie DeVille).

“This series was so much fun to film. I enjoyed playing a con artist posing as an influencer to catch flights but not feelings and swindle guys. It’s a character that’s so the opposite of me, but it’s nice to step into a juicy acting role and be part of multiple episodes in a new series. Make sure to like each episode after you watch,” says Skye Blue.

Another place you’ll find Sky is making her Naked News debut. Host Laura Desiree and Skye sat down for an exclusive interview and discussed her careers in adult and as a model, what she likes to do in her time off set, and much more. Viewers are treated to b-roll photos and videos of Skye that play during the fast-paced interview. And as an added bonus, Laura is naked, and Skye is topless, living up to the network’s name. The interview is available exclusively for Naked News members—it originally aired last Sunday, but now it’s available 24/7 at nakednews.com as part of The Schmooze.

Interview Skye Blue for your site, publication, or show by contacting Erika Icon of The Rub PR at erika@therubpr.com. 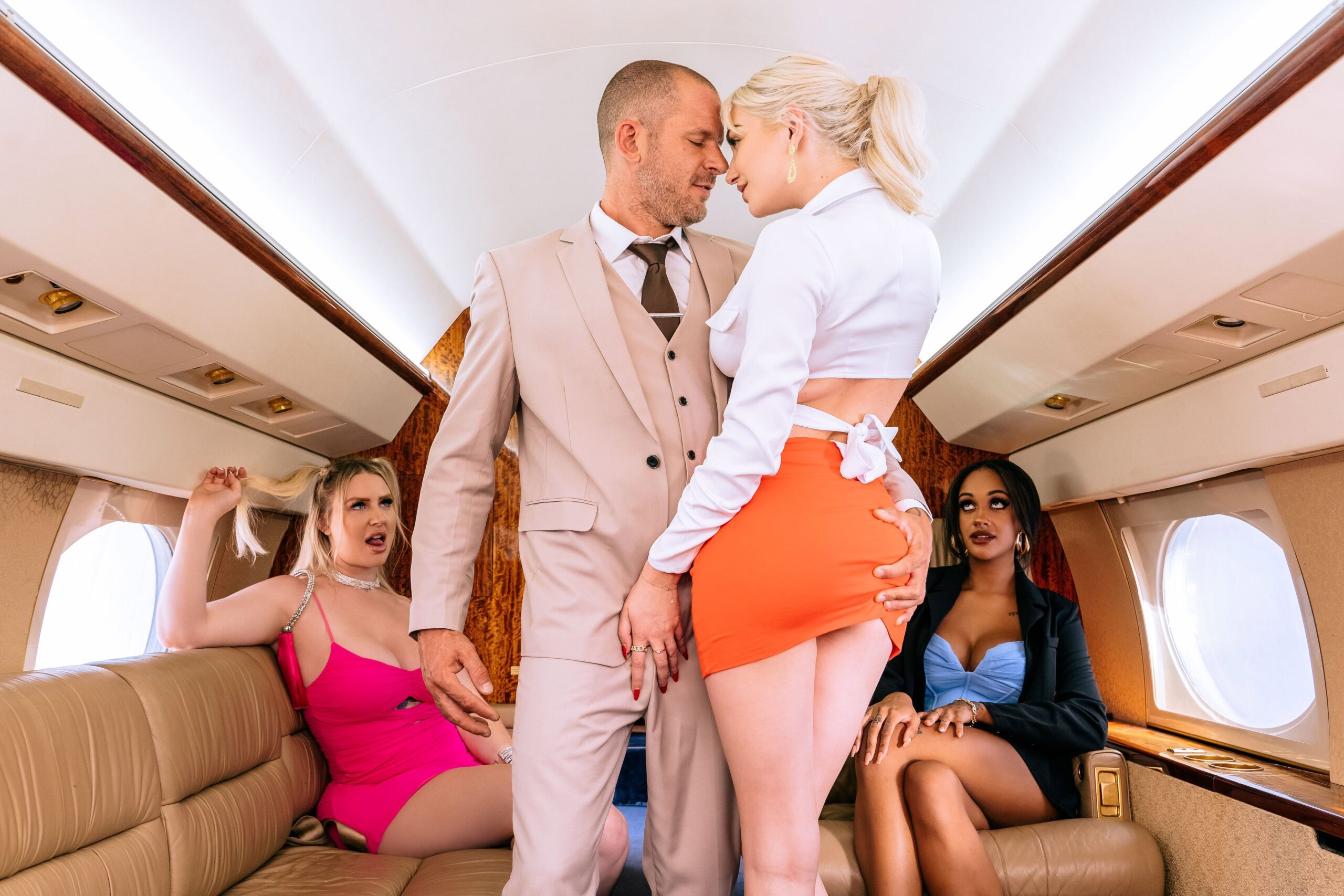 At 18, Skye got her start camming before moving to NYC and becoming a fashion model. When her agency dropped her after they discovered she was camming, she left the fashion world behind to celebrate her inner slut. In 2018, Holly Randall discovered her (after a fan reached out to her), and Skye made her Playboy Plus debut. In 2019, she was voted Muse of the Month. She’s also graced the pages of Hustler and crowned a Hustler Honey, Penthouse, Playboy, Camgirl Vixen, and Campout magazines, as well as independent fashion mags like Yume. And she’s been interviewed multiple times by the Daily Beast for thought-provoking pieces about issues facing the industry and beyond.