“We are excited to introduce Jada Cruz to the Step House family, and hope that new fans get the opportunity to spend some quality time with her to get to know her as well as we did,” said Vincent Bellucci of the talented performer. “She is definitely one to watch in the industry, and we are looking forward to seeing more great onscreen work from her in the future.”

In addition to new scenes from Cruz, Step House’s popular parody spoof, “After Losing Defamation Trial Blonde Celebrity Has to Find a Place to Stay”, which pokes good-natured fun at a recent Hollywood scandal that made worldwide headlines, is now available on VOD for download, streaming and Pay-Per-Minute at AdultEmpire.com.

The scene also marks the Step House debut of petite platinum-haired up & comer Gia Oh My, who pays a visit to her step-brother (Mad Vince) looking for a private hideout away from the public – but Vince has other ideas in mind before she makes his house her home… 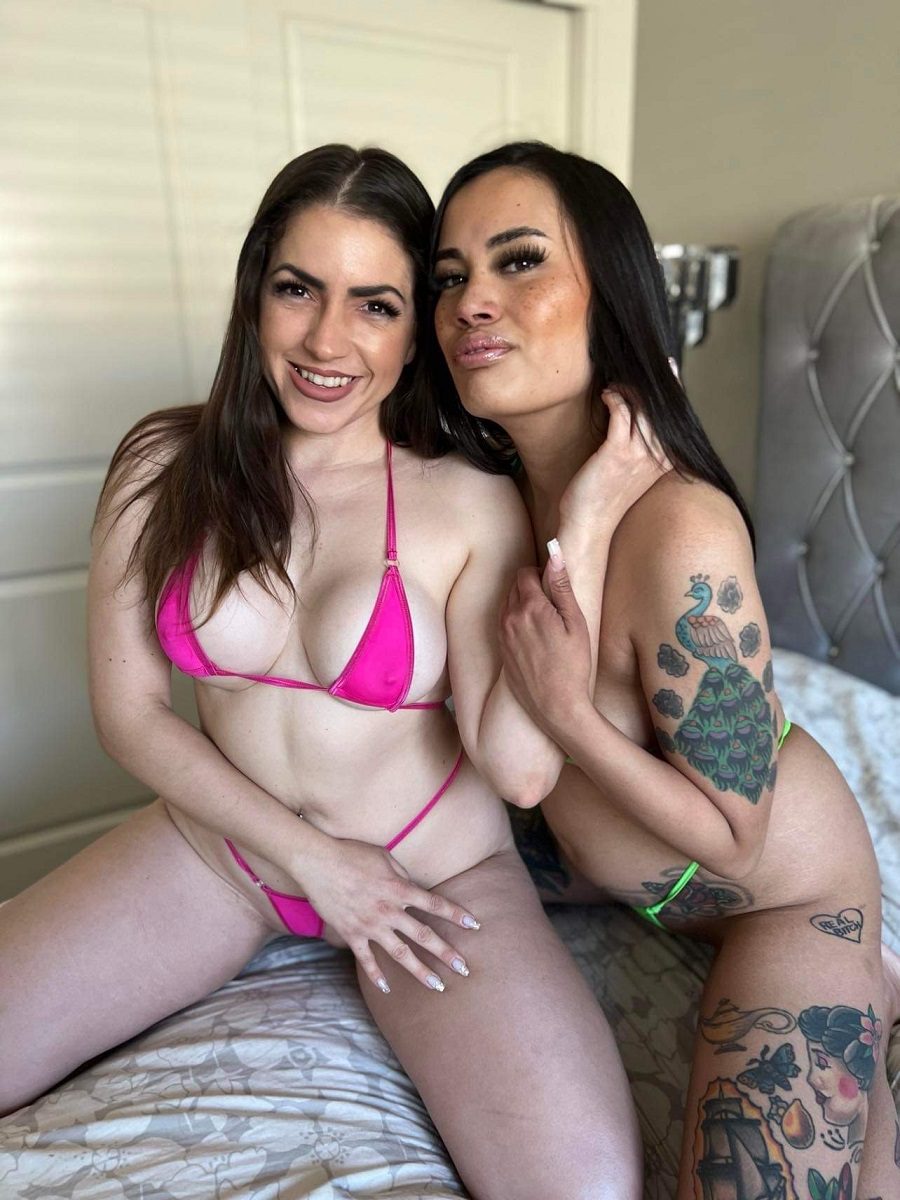 For more info, find and follow Step House and Valentina Bellucci at:
StepHouseXXX.com
Twitter.com/MrsValentinaXXX
Twitter.com/StepHouseXXX
OnlyFans.com/mrsvalentinaxxx
ValentinaBellucci.manyvids.com
Pornhub.com/pornstar/valentina-bellucci
allmylinks.com/valentinabellucci
xvideos.com/pornstar-channels/valentina_bellucci
ABOUT VALENTINA BELLUCCI:
Italian star-on-the-rise Valentina Bellucci is a bright new talent with an eye on making a name for herself as a respected performer, producer, content creator and studio head for Step House (stephousexxx.com), a brand new erotica imprint and website that highlights the works of adult’s newest amateurs alongside its biggest stars.
Growing up, Bellucci lived in the southern Italian region of Sicily and regularly moved around the U.S. and Europe; she has always considered herself a sexual person who dreamed of one day performing, producing and directing erotica, and gained some early experience as a music video producer while still in Europe before settling permanently in the U.S. – she currently resides in Las Vegas – more than 10 years ago.
In 2020, Bellucci began shooting solo content for adult clip sites as a means of making extra money, and found that she could express herself creatively on her own terms. In early 2021 she started shooting for the industry’s top studios before launching Step House in November.
In her free time Bellucci, an avid fan of the outdoors, can be found in the mountains and deserts of Nevada and California hiking, skiing or off-roading along the winding trails seeking adventure with her two favorite companions, a French bulldog and Cane Corso mastiff.
# # #
Press and media contact:
Brian S. Gross | BSG PR | 818.340.4422 | brian@bsgpr.com | @bsgpr
forbidden family relations studio Step House Valentina and Vincent Bellucci
Share. Facebook Twitter Pinterest LinkedIn Tumblr Email
Previous ArticleLila Lovely Turns Up The Heat at EXXXOTICA Expo Miami
Next Article Caitlin Bell Stars in Brazzers Comedy Two-Parter