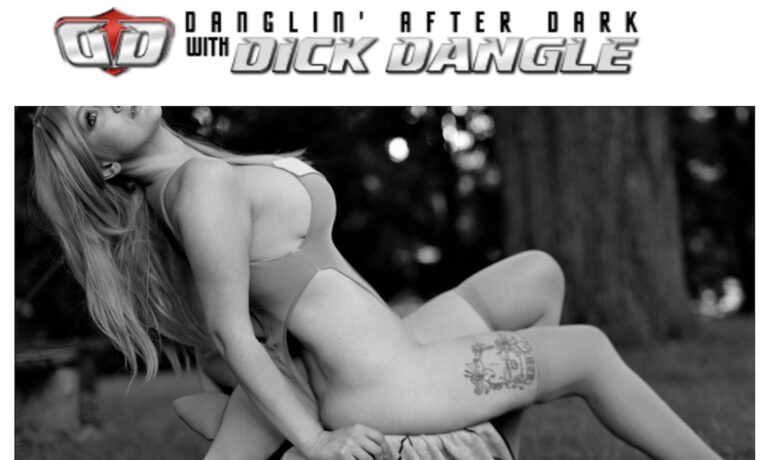 Host Dick Dangle gives Stephanie Eild quite an intro and says, “she’s like an old-fashioned superhero—she’s a mild-mannered businesswoman and international magazine model, and then when you least expect it, she transforms into a content creator laying waste to her legion of fans.” With an intro like that, you know this exclusive interview will be phenomenal. The two really vibe off one another and cover a wide range of topics, including Stephanie getting started in content creation, cosplay characters she’s taken on, choosing who to make content with, cultivating her loyal fanbase, her popularity on Pornhub and not using geo-blocking, her hit YouTube Channel that incorporates cooking and try-ons and new second channel, The Bikini Baker, time management, and much more. Additionally, listeners get to see how humble and thankful Stephanie is for her fans and their support by not “seeing them as a dollar sign” and really appreciating and valuing them. “Stephanie Eild: Episode #393” is educational, entertaining, and definite must-listen.

“I was really blown away that Dick pronounced my name correctly. After that, I knew this was going to be amazing. This is one of my favorite interviews not just because Dick does his research but also because my fans and his listeners will get to see how multi-faceted I am,” says Stephanie Eild.

“Stephanie Eild: Episode #393” is almost 60 minutes and can be heard on Spotify, Apple Podcasts, Stitcher, iHeart, Skyhawk After Dark, and official Danglin’ After Dark website danglinafterdark.com/stephanie-eild-episode-393.

To interview Stephanie Eild for your site, show, or publication, contact Erika Icon of The Rub PR at erika@therubpr.com.

Stephanie always loved being naked, and a friend got her into modeling on sites like Model Mayhem—since then, her career has been on an upwards trajectory. Stepping into the roles of Zelda, Velma, Dr. Strange, Betty Rubble, Pikachu, and many more has led her to one of the top creators on Bentbox and ManyVids. Additionally, Stephanie has been published in a slew of international magazines, including Gothic Culture, Exclusiv, Jelly Baby, LVL23, GTM MAG, Cygus, and the cover of Elan Vital.

Keep up with everything in Stephanie’s incredible universe and follow her on Twitter, IG, and TikTok at @blondebunnytv, public @eildtv and premium Snap @pb77dessi11, and Reddit at reddit.com/user/princessdessi. Indulge in her official site and join her free fan club to connect with her at eildtv.com. Check out her highly entertaining videos on her YouTube Channel youtube.com/eildtv. Subscribe to her Premium OnlyFans onlyfans.com/stephanieeild for the best content and get a sneak peek by following her on her free account onlyfans.com/eildtv. For daily posts, two full videos a month, and other wicked content, subscribe to her Fansly fansly.com/eildtv. Join her Patreon patreon.com/stephanieeild for more cosplay, extended YouTube videos, and merch. Buy her clips a la carte at ManyVids manyvids.com/Profile/1003035826/blondebunnytv/Store/Videos and Bentbox bentbox.co/stephanieeild. Subscribe for free, like and enjoy her videos, and vote for her in contests on Pornhub pornhub.com/model/smolpinkpeach. And find all these links and more at beacons.ai/stephanieeild.