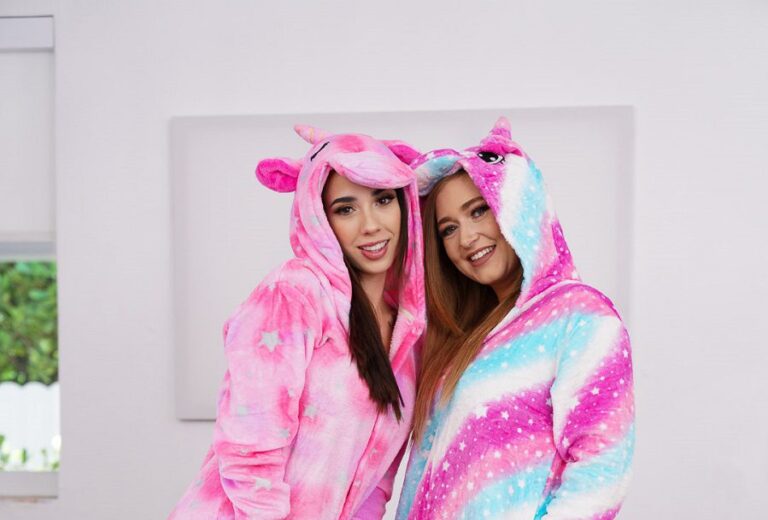 (Los Angeles, CA / November 17, 2022) — To those taking the ‘No Nut November’ challenge in an effort to abstain from any explosive sexual gratification for 30 days, stop reading here. To those on the side of ‘Pro Nut November’… have you thought about joining TeamSkeet.com?

Here’s what the ‘No Nut November’ folks are missing:

Brand-new series Messy Jessy follows the adventures of Jessy Jones as he finds himself in the strangest places… like in the backyard of topless sunbather Jenna Fireworks, who puts Jessy to work in “Pool Boy by Chance”

TeamSkeet Labs continues its experimental series with “Concept: Tales of Taboo 2”, a tale of two step-sibling orphans (Reese Robbins, Tyler Cruise) who are sent to stay with Penny Barber, a strict taskmaster who demands respect… or else…

BFFS falls under the spell of “Three Evil Babes” (Alyx Star, Aviana Violet, Bella Blu) when an unsuspecting horny guy (Brad Sterling) gets caught in an online trap and falls victim to expert ball drainers that HATE ‘No Nut November’!!!
Exxxtra Small welcomes a visitor from the future (Stevie Moon) in the form of a teeny “Steampunk Girl” who has gone back in time to save Chris Epic from an becoming an evil villainFamily Strokes is in a party mood when step-siblings Callie Black, Gaby Ortega & Nicky Rebel ponder a college blowout so wild that Nicky isn’t sure the girls are ready – but Callie & Gaby are up to the task of proving him wrong – in “My Little Slutties”

At Innocent High, bad girl Mila Monet is in trouble again with her teacher (Brock Cooper) because she refuses to “Follow The Dress Code”, but he’s willing to cut her a deal if she’s game…