Article originally appeared on msn.com and was written by Mark Joseph Stern 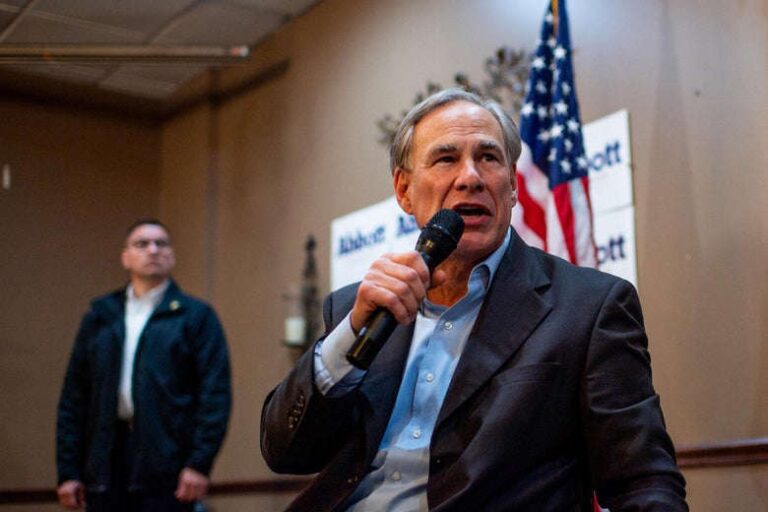 On Wednesday, without a word of explanation, the nation’s most radical appeals court reinstated a Texas law that imposes sweeping censorship on social media companies. The statute—which Republicans passed in retaliation against the perceived liberal bias of “Big Tech”—forces these companies to disseminate hateful expression, dangerous misinformation, and foreign propaganda, among other objectionable speech. It empowers aggrieved users to file an unending stream of lawsuits to combat content moderation while creating a slew of onerous regulations that are literally impossible to comply with. Texas’ statute is, in short, an egregious affront to corporations’ First Amendment rights.

Texas Republicans passed their internet censorship bill, known as H.B. 20, in the fall of 2021. Its sponsors said that the legislation was necessary to prevent “West Coast oligarchs” from silencing “conservative viewpoints and ideas.” (Their theory that social media companies discriminate against conservative speech has no evident basis in reality.) The bill applies to social media companies with “more than 50 million active users” in the U.S. each month, like Twitter, YouTube, and Meta, that operate in Texas. (Republicans rejected a proposal that would’ve broadened its application to smaller conservative platforms like Parler and Gab.) It states that these companies may not “censor” a user’s expression on the basis of their “viewpoint,” whether that “viewpoint” is expressed on the company’s platform or somewhere else. If a platform removes a user’s content, it must provide them with notice and an opportunity appeal. Alleged victims of “viewpoint discrimination” can also file suit against social media companies, as can the Texas attorney general.

H.B. 20 doesn’t stop there. The law also bars social media companies from labeling posts on their own websites—with, for instance, a warning that they contain violence, vulgarity, or disinformation. It obligates companies to turn over a massive amount of information to the state about their algorithms, curation, and account suspension. And one baffling provision sharply restricts email service providers’ ability to block spam, allowing users to collect $25,000 for each day that their provider impedes “the transmission of an unsolicited or commercial electronic mail message.”

What would the internet look like in Texas if corporations implemented these policies? In addition to a sudden surge of spam in Texans’ inboxes, social media would become unusable. Major platforms would be inundated with hate: YouTube could not remove videos by neo-Nazis and Klansman promoting racism; Twitter could not take down ISIS fighters’ terrorist advocacy; Facebook could not limit Russian propaganda against Ukraine. These platforms could not even express their own disapproval of this content or demote it in users’ feeds. As a rule, they could suppress only illegal incitement or other “unlawful” speech. But just a small subset of hateful or violent expression falls outside the scope of the First Amendment: Even speech meant to promote illegal conduct, including some forms of intimidation, receives constitutional protection. So H.B. 20 would forbid platforms from removing, demoting, or condemning all but the most extreme, graphic, and threatening speech. Even then, each instance of content moderation might subject companies to a lawsuit, incentivizing a totally hands-off approach.

Other aspects of the law all but compel companies to cease editorial control over their own products. The intrusive disclosure requirements are almost comically impractical: They oblige companies to give Texas heaps of information about their algorithms, curation, and search functions, as well as a “biannual transparency report” with information about every single “action” taken against “content.” (These provisions are a far cry from the good-faith movement to mandate algorithmic transparency, which would not chill any speech but rather require developers to provide algorithmic impact assessments.) Platforms must also establish a complex process of notice and appeal any time it “removes content.”

It would be impossible for any target of H.B. 20 to comply with these standards. Platforms like Facebook use automated editorial tools to remove billions of posts and comments every year. They lack the resources, by orders to magnitude, to review and resolve each appeal, especially not within the 14-day limit that H.B. 20 provides. The only solution would be stop monitoring content. Yet the law forces companies to assess complaints of “illegal content” within 48 hours, so they cannot adopt a true laissez-faire policy, either.

The only way out of this mess, then, would be for social media companies to cease all operations in Texas. But H.B. 20 orders them to continue providing their services in Texas. So there is truly no escape—except the courts.

Luckily for social media platforms, constitutional law is entirely on their side. The Supreme Court has long held that corporations have full First Amendment rights, most famously in Citizens United. Those rights include editorial discretion over the speech they disseminate to their customers. This “editorial control and judgment” over speech—what to retain, what to remove—is, itself, a form of speech shielded by the Constitution, even when it discriminates against a specific group. As Justice Brett Kavanaugh put it while serving on the U.S. Court of Appeals, the government cannot “tell Twitter or YouTube what videos to post” or “tell Facebook or Google what content to favor.” Nor can the government force corporations to disclose information, particularly on controversial topics, in an “unjustified or unduly burdensome” manner.

H.B. 20 runs afoul of all these principles. The law brazenly interferes with platforms’ editorial judgment, chills their own speech, and saddles them with wildly burdensome and impracticable disclosure rules. That’s why U.S. District Judge Robert Pitman blocked it in December, before it took effect. Pitman swatted down Texas’ one real defense of H.B. 20: that social media platforms are “common carriers,” like telephone companies and postal services, that “merely facilitate the transmission of speech of others.” The Supreme Court has authorized much greater regulation of common carriers because they do not engage in expression themselves (and often hold monopoly power). Texas thinks social media companies fall into this category, stripping them of First Amendment rights. Verizon can’t drop your call if you praise the KKK, the state argued, so why should Twitter be able to?

The answer, Pitman explained, is simple. Verizon doesn’t exercise any editorial control over calls made on its network. Twitter, YouTube, and Facebook do. These corporations “are not engaged in indiscriminate, neutral transmission of any and all users’ speech” like a common carrier. Rather, they “curate both users and content to convey a message about the type of community the platform seeks to foster.” So the First Amendment applies with full force, and Texas’ law cannot stand.

Pitman’s decision largely tracks U.S. District Judge Robert Hinkle’s ruling last year against Florida’s internet censorship bill, which is similar to Texas’. (Hinkle also pointed out that attempts to penalize content moderation clash with Section 230, a federal law that limits platforms’ liability over content that they host.) Taken together, the two decisions meticulously chart the legal defects of Republicans’ heavy-handed interference with social media. But when Texas appealed to the 5th U.S. Circuit Court of Appeals, it got a much friendlier reception. The state had the good fortune of coming before a three-judge panel featuring two of the most extreme and partisan jurists in the country: Edith Jones, a Ronald Reagan nominee, and Andrew Oldham, a Donald Trump nominee. (The third judge, Leslie H. Southwick, is a George W. Bush nominee who counts as a liberal on the far-right 5th Circuit.)

Even on this frequently lawless court, Jones and Oldham stand out for their loyalty to Trumpism over any known law. During oral arguments on Monday, the two judges made scathing remarks about Twitter’s content moderation, reflecting a thinly veiled disgust toward the platform that famously banned the former president. They continually elided the distinction between true common carriers and regular corporations with their own free speech rights. And, on Wednesday, these two judges lifted Pitman’s injunction, allowing H.B. 20 to take effect. They were in such a rush to do so that they did not bother explaining their decision, instead indicating that they’d publish a written opinion down the road.

What now? Presumably, the plaintiffs will appeal to the Supreme Court, pleading for relief on the shadow docket. The justices will be asked, yet again, to rein in an out-of-control 5th Circuit. If they do not oblige, the nation’s major social media companies will soon be hobbled by a stringent new legal regime with which they cannot begin to comply. No one really knows what will happen when a single state asserts the power to censor broad swathes of the web and courts lack the courage to stop them. If SCOTUS does not put a stop to this madness, we will all find out soon enough.